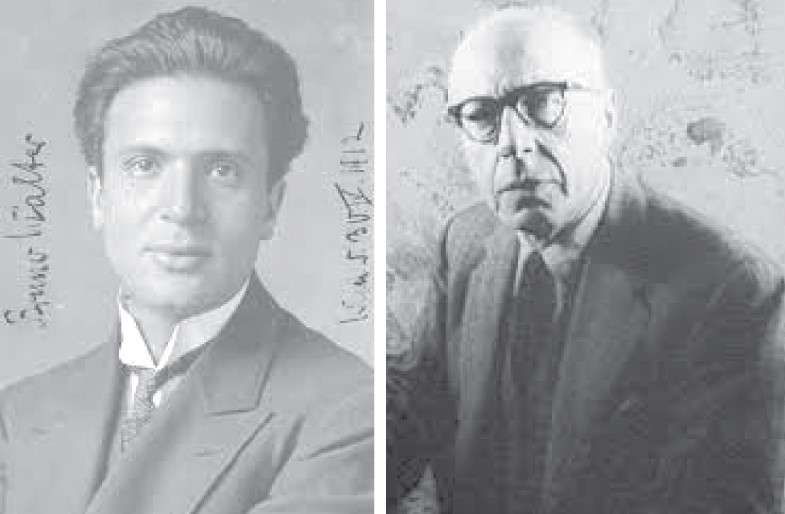 Back during eighth grade in 1964, I was hungrily eager to hear every record of classical music that I could beg, borrow, buy, barter for; and one neighbor was kind enough to loan the Arturo Toscanini/NBC Symphony RCA Victor Red Seal LP of Beethoven’s 5th and 8th symphonies, that I auditioned on another neighbor’s hi-fi which was quite superior in sound to the $32 manually operated phonograph I owned.

I was already quite familiar with the 5th Symphony via an old Columbia Masterworks set of five 12-inch 78s, conducted by Bruno Walter (1876-1962) with the New York Philharmonic.

I remember the black and white photo of Walter raising his arms in the air and conveying, in his stern eyes, that he meant business; Leonard Bernstein called him one of the great saints of music with a sweet gentle spirit and wearing silk gloves but beneath those silk gloves was an iron fist and a sneaky snakiness in Walter’s ability to look out for number one.

But Walter was a truly great conductor on the same level as his close friend Toscanini (1867-1957) and his recording of the 5th had a combination of dramatic power and nicely contrasting poetry while Toscanini’s performance had the excitingly riveting volatility of a sledgehammer.

Back to my first encounter with the 8th Symphony. Toscanini and his players tore into the first movement and fully communicated its growling jubilation, Beethoven being a 100 percent manic depressive.

This symphony had its first performance in 1812 in Linz, Austria, where the composer was visiting his brother Johann, enjoying his hospitality and, at the same time, trying to break up a relationship Johann was having with a woman whom Beethoven considered a lowlife. The situation and how it was resolved makes for hilarious reading.

The second movement is a perky dance with the bassoon taking center stage with its staccato notes.

The third movement is labeled as a Menuet but its beauty is a passionate outpouring of the heart, as opposed to a graceful elegant dance, with some very eloquent, almost heavenly writing for the strings.

The final movement is a vivacious highly spirited romp for the entire orchestra.

A similarly exciting performance of the 8th was an early 1960s one conducted by the arch perfectionist, SOB, taskmaster George Szell (1897-1970) with the Cleveland Orchestra while another one from 1957 with Andre Cluytens (1905-1967) conducting the Berlin Philharmonic has a more relaxed sedate quality that works beautifully, this Maestro being one who was quite underrated during his own lifetime.

While the 7th Symphony is a colossal masterpiece with the much shorter 8th seeming to a number of listeners anticlimactic, Beethoven himself considered the 8th immensely superior to the 7th.