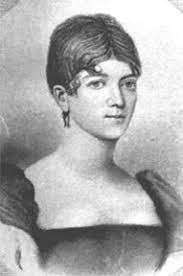 Former 5th First Lady Elizabeth Kortright Monroe (1768-1830) was one of the most anti-social FLs to live at the White House during her eight years (1817-1825) while her husband James Monroe (1758-1831) ushered in what was known as the Era of Good Feelings, that period of “happiness” sometimes referred to by cynical misanthropes as the Era of Good Stealings, that story for another week.

One of the most lively chapters in Christine Sadler’s 1963 America’s First Ladies concerns the quiet Mrs. Monroe:

“She was forty-eight years of age when her husband became president and she had lived in Washington as a Cabinet wife for seven years without, it was said, making neither friends nor enemies. ‘The Monroes are perfect strangers, ‘ wailed Margaret Bayard Smith, the capital city’s most ardent note taker during the period and the one most often quoted, ‘not only to me but to all the citizens.

“The story of Elizabeth is almost entirely the story of her husband, on whom she was unusually dependent. It was an arrangement which apparently suited him perfectly and which he perhaps had fostered. She was only seventeen when he married her in New York City on February 16, 1786, while he was a member of the Continental Congress. He was twenty-seven and a veteran of the Revolutionary War, with a scar to prove it, and had studied law under his idol and mentor, Thomas Jefferson. One of his Virginia colleagues in the Congress described Elizabeth as ‘the smiling little Venus’ when she and her tall husband departed for a week-long honeymoon on the outer reaches of Long Island. ” 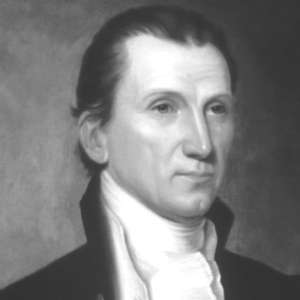 One very noble deed of Mrs. Monroe occurred when her husband was George Washington’s Minister to France in 1794. Adrienne Lafayette, wife of the Marquis who had provided much help with French troops during the last years of the American Revolution, was in prison with her two daughters and awaiting execution by the guillotine (She had already lost her mother, grandmother and sister to the blade.).

All Americans in France were under strict orders to maintain strict neutrality, even though Washington himself cherished Lafayette like a son. The Monroes decided otherwise and devised a plan.

Dressing in the finest apparel and the carriage decorated in full U.S. insignia, Elizabeth arrived at the prison with her entourage in all innocence to pay a visit to her dear friend and so charmed those powers that be that Madame Lafayette and her daughters were released from prison within a few days and given passports out of the country.

Upon the Monroes replacing the Madisons in the White House, they lived a very quiet life and pretty well shunned most Washington society, entertaining very small groups of family and friends.

Their older daughter Eliza and her husband George Hay (He was the prosecutor in the trial of Thomas Jefferson’s former vice-president Aaron Burr for treason) came to live with them at the White House and, with her mother’s blessing, she assumed most of the responsibilities for the limited social calendar in a most unfortunately arrogant manner. Furthermore, the First Lady was suffering from poor health.

Meanwhile the President had expensive tastes for finely crafted furniture from France and was granted $30,000 from Congress to decorate the newly-rebuilt White House. He also sought the most costly linen, china and silverware, running up the kind of bills which caused a previously supportive Congress to take notice.

After leaving the White House when Monroe’s Secretary of State John Quincy Adams assumed office in 1825, they retired to their country estate, Oak Hill, near Leesburg, Virginia, where Elizabeth Monroe died in 1830 at the age of 62 followed a year later by her husband at 73.

A couple of footnotes:

Elizabeth Monroe’s father served as a captain for the British during the American Revolution, a fact slyly concealed by Monroe from his family and friends.

In 1814, Monroe was riding on horseback near Baltimore Harbor when he saw several thousand British troops arriving by ship but, since nobody believed they would invade, it was too late for any advanced warning.