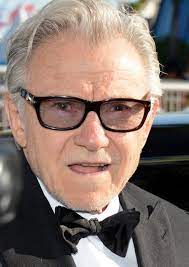 Last night on Amazon prime, I watched the 2021 film Lansky and was quite impressed by one particular quality, the performance of 82-year-old actor Harvey Keitel as the mobster accountant and major Godfather for way too many decades, Meyer Lansky (1902-1983). The story does rehash a lot of info from the many previous depictions of Lansky abounding on films and television and in novels but the script, direction and other production details sustained the interest well also.

The opening begins with Lansky as an old man dying of cancer after smoking four packs of cigarettes a day for 60 years; he is meeting with a journalist, David, in a Miami diner and telling his life story , with the understanding that everything he recounts is to be off the record and not to be published until after the gangster dies.

The movie spans from his boyhood and his rise to power as the figure with a genius level understanding of mathematical odds and his general business sense. It is of course frequently violent; however, one scene stood out in a positive way. During the 1930s, Nazi sympathizers are holding an indoor hate rally in the upper New York City 80s neighborhood of Yorkville. The speaker is screaming antisemitic venom when Lansky and several of his associates show up, and beat the speaker and his cohorts to a bloody pulp.

During World War II, Lansky and the Mob protected the ship-building industry from Nazi spies and saboteurs, using infiltration and enforcement methods that might be considered illegal , and they worked.

The re-enactments of historic events were quite effective. The very good supporting cast included Sam Worthington as the journalist David and John Magardo as the young Meyer Lansky.

Other recommended films with Harvey Keitel are Pulp Fiction, Copland and Taking Sides (dealing with the de-Nazifying investigation of the great German conductor Wilhelm Furtwangler (1886-1954) just after WWII. 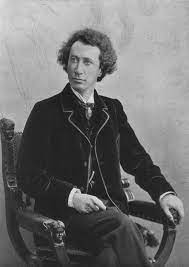 In 1938, German pianist Emil von Sauer (1862-1942) collaborated in a recording of the two Piano Concertos of von Sauer’s teacher Franz Liszt (1811-1886) with the Paris Conser­vatory Orchestra led by the Austrian conductor Felix Weingartner (1863-1942) that I have on a reissued LP (Turnabout THS 65098). Critics at the time and since then cared that von Sauer’s nimble fingers at the keyboard had gotten arthritic and sloppy. I can see a few points in these misgivings but, compared to the other brilliant knuckle busters who have recorded these masterpieces, the old pianist played with a poetry, delicacy and inspired musicality matched by the conductor and orchestral players.

These recordings have been reissued on cd and should be accessible on YouTube.

Maestro Weingartner died on May 7, 1942, and what would have been the 109th birthday anniversary of composer Johannes Brahms and the 102nd one of Peter Ilyich Tchaikovsky. Von Sauer died 10 days earlier on April 27. 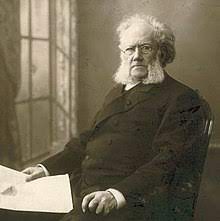 Some of the most intensely eloquent reading and theatrical experiences are to be found in the plays of the Norwegian Henrik Ibsen (1828-1906), including Enemy of the People (which the late actor Steve McQueen starred in on Broad­way), Ghosts, Rosmer­sholm, and The Doll’s House. One play that stands out vividly is The Wild Duck which depicts how a lethal combination of honesty, arrogance and self-righteousness leads to the death of a young woman.

Up and down the Kennebec Valley: Women in education I’M JUST CURIOUS: Sharing thoughts
Scroll to top