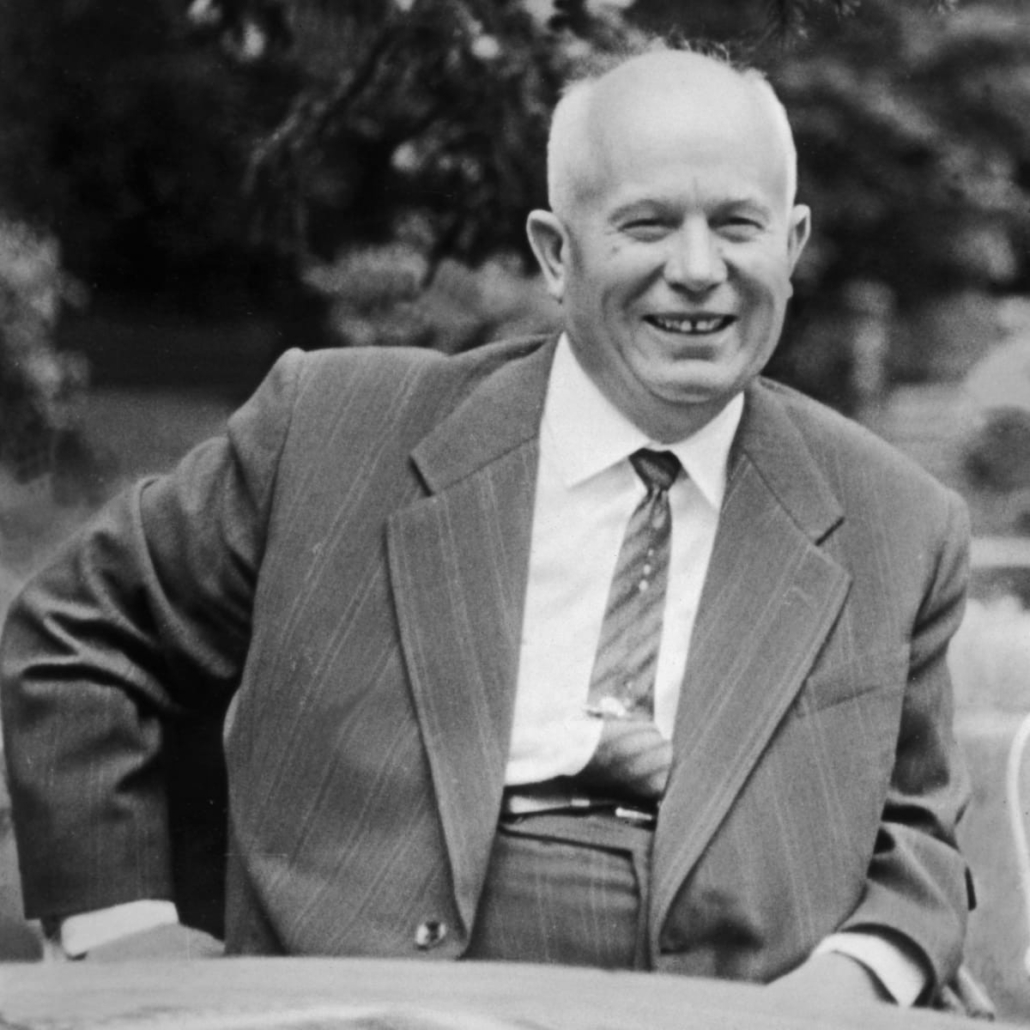 During these times of conflict in Ukraine, I was led to read up on former Soviet premier Nikita Khruschev (1894-1971), as he was the head Rus­sian grizzly in Moscow for most of my formative years between 1953 and 1964. I vividly remember first encountering his toothy grin and shiny bald headed dome via the AP wire photos on the front page of the Waterville Morning Sentinel when he toured the U.S. in 1959 (the one of Khruschev with former President Ike Eisenhower, whose own broad smile and similar bald top got my innocent mind thinking they were brothers.).

Also Khruschev was born and brought up in Ukraine. Through his own shrewd intelligence, he overcame his impoverished background and became quite the useful yes man to Joseph Stalin by the 1930s Great Terror. In 1937, Stalin appointed him Deputy Comissar of Ukraine, whereupon Khruschev initiated mass arrests and executions.

In his Memoirs, which should be taken with a grain of salt, Khruschev tells of first meeting Laventi Beria (1899-1953), who was the KGB Chief for over 12 years and whom Stalin proudly introduced to FDR and Churchill as “my Himmler. ”

Khruschev tells of how they were both fellow Ukrainians, drinking buddies and connoisseurs of dirty jokes. It was only later on when Beria was becoming the number two man to Stalin and gladly ordered arrests, torture and executions on a grand scale that Khruschev and others in Stalin’s inner circle realized what a sociopath Beria was.

After Stalin’s death in March 1953, Beria was scheming to replace Stalin and had much of the security apparatus under his control. Khruschev and his like-minded colleagues lured Beria to a secret meeting where he was kidnapped, imprisoned, and executed along with five of his subordinates.

The fascinating details can also be read in Wikipedia and other sources.

Compared to Stalin, Khruschev was quite easy going but far from democratic in his own mix of good and bad, and Wikipedia goes into exhaustive detail.