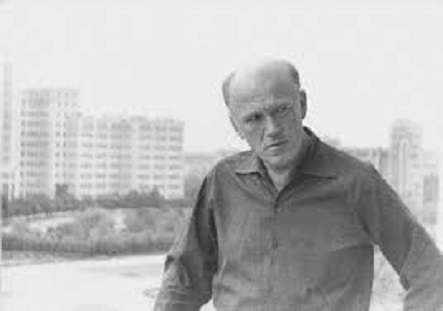 Ukrainian-born pianist Sviatoslav Richter (1915-1997) was largely self-taught until, at the age of 23, he began studying with German-born pianist Heinrich Neuhaus at the Moscow Conservatory. Neuhaus saw Richter as the genius he had been waiting his entire life for and later claimed that he basically had nothing to teach him.

Richter’s keyboard artistry was a mix of super human virtuosity, a keen, vibrantly alive musicality and a humongous yet carefully chosen repertoire that ranged from Johann Sebastian Bach and Ludwig van Beethoven to the major Russians Tchaikovsky, Glazunov, Rachmaninoff, Prokofiev and Shostakovich and the Englishman Benjamin Britten.

Interestingly he loved Haydn but cared very little for Mozart, only performing the younger composer’s 20th Piano Concerto and two or three others.

I have a CD of Czech radio broadcasts (Monopole MONO005) from the mid-1950s featuring Richter performing the Beethoven 1st and 3rd Piano Concertos, the only ones of the five of which the pianist left recordings. His playing was vigorous, delicate when called for, and keenly responsive to the beauties in every note, bar and chord.

The conductor Bretislav Bakala (1897-1958) conducted the Brno State Philharmonic in both works and did the kind of conducting that captured one’s attention in a manner that was exceptional, giving the impression that he and Richter were on the same wavelength page. The sound was of radio broadcast quality but serviceable enough.

Richter did later stereo recordings of both works, the first in 1961 with the Boston Symphony Orchestra led by Charles Munch, the third, twice – the first time in 1963 with Kurt Sanderling and the Vienna Symphony and a second one with Riccardo Muti and the Philharmonia Orchestra in England during the mid 1970s.

There are also broadcasts of Richter doing both concertos with other conductors and orchestras circulating on cd and accessible on Youtube.

I mention this only because Richter is so extraordinary that anybody with the least interest in great classical pianists just might get captivated by him enough to want to collect or at least hear every single piece he ever recorded live in concert and in the studio.

Richter was not a man to let journalists near him except on rare occasions but, during his last few years, made himself available for a series of interviews that resulted in a three-hour documentary about his life which can be seen on youtube and divided in two parts.

A choice list of other Richter recordings would be the Beethoven Cello Sonatas with Mstislav Rostropovich, the Brahms and Franck Violin Sonatas with David Oistrakh, the Brahms 2nd, Bartok 2nd and Prokofiev 4th Piano Concertos with Lorin Maazel conducting the Orchestra de Paris, Rachmaninoff’s 2nd Piano Concerto with either Kurt Sanderling or Stanislaw Wislocki, the Tchaikovsky 1st with Herbert von Karajan and Schubert Lieder with baritone Dietrich Fischer-Dieskau. A special favorite record is the 1969 Beethoven Triple Concerto for Violin, Cello and Piano, in which he collaborated with Oistrakh, Rostropovich and with Herbert von Karajan conducting the Berlin Philharmonic.

In 1945, he fell in love with singer Nina Dorliak, whom he had accompanied in recital, and they lived together as husband and wife for the rest of his life but never legalized that relationship.

He and Nina would entertain guests with dinner parties and record listening marathons of one or more complete Wagner operas often extending far into the night.

Finally, much to his annoyance, Richter remembered the name of everybody he ever met even briefly in his adult life, going back decades to elevator operators and cab drivers.