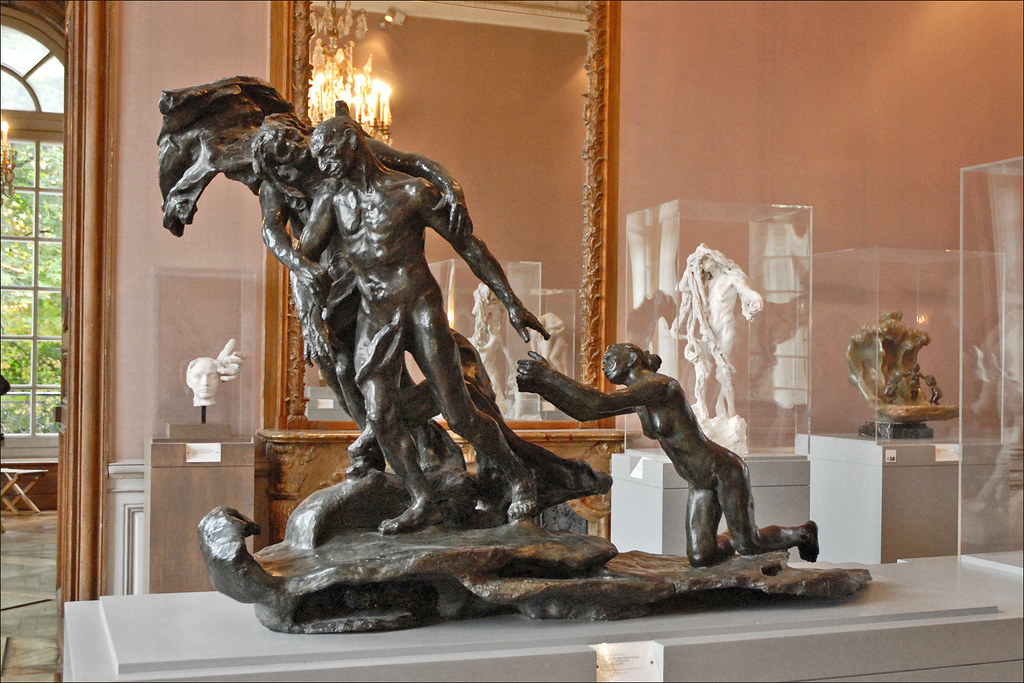 One of Camille Claudel sculptures. 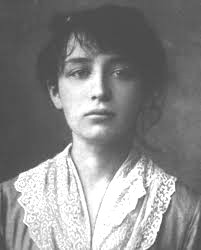 Camille Claudel did a bust of her younger brother, the poet, essayist and diplomat Paul Claudel (1868-1955), when he was only 16 in 1884. One is captivated by the exceptionally vivid expressive lines in her brother’s face, the emotional vulnerability she brought out in bronze and the labor of affection she poured from her heart and soul in her tribute to him, a love that was betrayed by his treacherous institutionalizing of her in a psychiatric hospital in France from 1913 to her death, at 79, in 1943, with the full support of their mother and younger sister.

Camille was drawn to the artistic possibilities of soil, rock and clay at an early age, while the often bleak landscape of the northern France region of Villeneuve-sur-Fere, where her family spent several summers, appealed to her aesthetic and emotional sensibility, one that bore fruit in her art as evidenced in the 90 sculptures, drawings and sketches of her legacy that can be seen in museums listed in her Wiki biography.

She became a student of sculptor, Alfred Boucher (1850-1934), while living in Paris, and then Auguste Rodin (1840-1917) with whom she had a very passionate relationship of almost 20 years before he abruptly terminated it; some believe he resented her own work, feeling threatened by her rivalry.

Camille met English sculptor Jessie Lipscomb (1861-1952) and rented a workshop with her for several years and two other women sculptors, one of them having access to a foundry her family owned.

Although Camille did have an emotional breakdown during her 40s, the previously mentioned incarceration of her by her family was believed to have been based on their own selfishness in wanting the money her father left to her in his will after his death in 1913, and what they saw as immorality in her art. Within eight days, her brother signed her into the hospital against her will and only visited her seven times during the remaining 30 years of her life.

The 2013 film, Camille Claudel 1915, starring Juliette Binoche in the title role and which can be seen on YouTube, depicts Camille at the mental hospital after two years of living there. Binoche conveyed the writhing boredom, anger and emotional shutdown of the sculptor’s years there unerringly but the movie’s more than 90 minutes were agonizingly slow and the depicted scenes of institutional life frequently unpleasant.

Jean-Luc Vincent portrayed brother Paul as a monster of self-righteousness in his decision to leave her locked up for the rest of her life and was harrowingly convincing in his characterization; one wanted to break his neck.

One poignant scene occurs when the sculptor is walking on the grounds. She picks up some mud, starts shaping it with her hands, then angrily hurls it to the ground.

Unfortunately, there were no English subtitles on the YouTube. But, despite these quibbles, it is highly recommended!

Up and down the Kennebec Valley: Crossing the Kennebec River I’M JUST CURIOUS: Can you remember?
Scroll to top