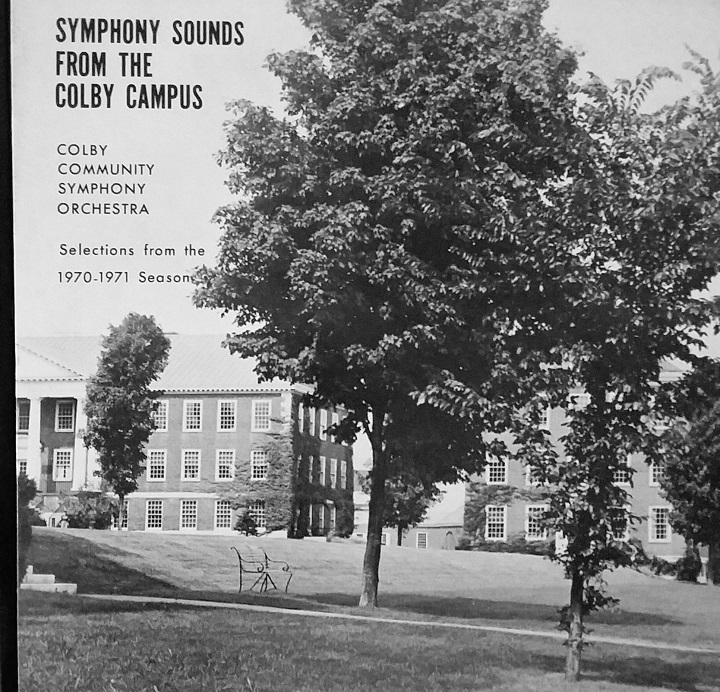 Symphony Sounds from the Colby Campus

Century Custom Records, once based in Cape Elizabeth, released an LP, Symphony Sounds from the Colby Campus, an anthology of live performances of the Colby Community Symphony Orchestra conducted by its late Music Director Ermanno F. Comparetti during the 1970-1971 seasons.

The selections were as follows:

Habanera from Bizet’s opera Carmen, as sung by mezzo-soprano Dorothy Spurling, who died in 2020 at the age of 88 and who frequently appeared in concerts on campus during those earlier years.

Frescobaldi’s Toccata in D minor performed by the full orchestra.

Finally, the very famous 1st movement of Peter Ilyich Tchaikovsky’s Piano Concerto #1 performed by Tibor Yusti who taught piano at the college and gave a successful recital at New York City’s Town Hall, in 1961, that was reviewed by the New York Times.

The orchestra consisting of performers at the professional, semi-professional and amateur level gave spirited renditions .

Back during the 1960s, I remember the college’s former President, Dean Robert Strider, gave commentary at a few concerts and sang the baritone solos in a performance of the Brahms German Requiem.

Two other former concertmasters, Max Cimbolleck and Geza Fiedler, along with Fred Petra who was gifted at playing both the trumpet and double bass in the orchestra, were family friends and music teachers of myself and other family members.

“The afternoon saw the first great checkers of ice lifted from the checkerboards. With heaving of cant dogs and picks, the square crystals came up into the splendid sunshine, sparkling like emeralds shading to azure in their deep hearts, with sections of whole rainbows where the edges were flawed. Layer on layer of brightness, layers of solid winter to go into the hot heart of summer in faraway cities and scorching lands. Long canals opened up into dark water, and men poled the cakes down to the ends where other men caught them with cant dogs as they came, hoisted them up on the ice, slued them to the runways. Chains clanked, the hooks bit into them, and up they flashed along the high lines of steel and plunged into the icehouses.”