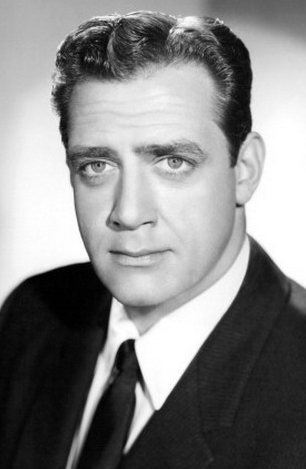 Perry Mason ran for nine seasons on CBS from 1957 to 1966 and has rarely been out of syndication or inaccessible. I have been watching one or two episodes daily via Amazon prime and am now into the second season. And I plan to keep watching until all 271 episodes are finished.

The show was based on the character of a very intelligent and highly ethical defense lawyer created by Erle Stanley Gardner (1889-1970) in 1933 when he published The Case of the Velvet Claws and would go on to write 79 more in the series. The author himself was a lawyer and represented many clients among the poor who had been wrongfully convicted. He would also appear in an uncredited role in the final episode as the presiding judge.

Raymond Burr (1917-1993) initially auditioned for the role of district attorney Hamilton Burger but producer Gail Patrick Jackson (1911-1980) felt he would be better as Mason, provided he shed 60 pounds, which he did. His previous TV and film appearances had frequently been as very convincing villains, including his appearance as the murderous husband in Alfred Hitchcock’s Rear Window where he tries to kill Jimmy Stewart.

His characterization of the lawyer was quite subtle, especially in ferreting out the real killer by the end of the episode. 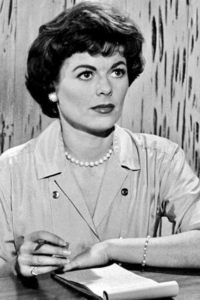 Barbara Hale (1922-2017) portrayed Della Street, Mason’s infinitely charming and discreet confidential secretary. She would reprise that role with Burr in a few made-for-TV films with Burr’s Mason. On the TV series, she and Mason’s relationship remains on a friendly professional level that extends to her boss treating her to meals in restaurants and comical visual and verbal interactions especially when other women show up at the office seeking advice.

William Hopper (1915-1970) was the private investigator Paul Drake whose office was next to Mason’s and who had his own private connecting door. His personality is multi-faceted; immensely resourceful, physically imposing against intimidating individuals, charming with the ladies, flirtatious with Della Street (always greeting her with “Hello, Beautiful !”), and at times comically bungling.

Hopper’s mother was the feared Hollywood gossip columnist Hedda Hopper (1885-1966); rumor has it that the actor was estranged from his mother as an adult because he disliked her interference in his life, and her power to destroy careers and lives in the movie industry.

I will continue with more about this show in next week’s column.