Terry Zwigoff initially ran into fierce resistance from his otherwise very good friend Robert Crumb, when he proposed the idea of this film. In reply, Zwigoff threatened to commit suicide, thus convincing the artist of the documentary’s viability. During the nine years of production, Zwigoff was living on $200 a month and suffering from pulverizing back pain. 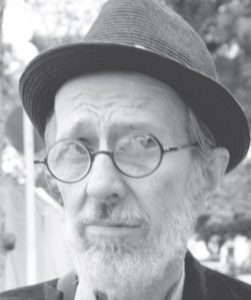 Crumb, of course, has been well known since the ‘60s as an underground comic book artist with his own uniquely dark, yet often quite funny vision. He satirizes much of contemporary culture; his own difficult childhood and dysfunctional family; and certain icons of movies and TV. His obsession with the varieties of sexuality have brought both fame and notoriety . No further details needed in a family newspaper .

Throughout the documentary, Crumb’s two brothers, the older Charles and younger Max, are often featured, both of them showing formidable sketching talent. In fact, Zwigoff insisted on the title, Crumb, as a tribute to all three brothers.

Unfortunately, Charles committed suicide two months after the film was completed but Max stopped his pan-handling.

Among other subjects that obsess Crumb is the rural nostalgic American past. This animates his record collecting of old 78s from before about 1935; he owns approximately 6,000 disks of old jazz, blues, hillbilly, gospel, etc. Audio and video offerings on youtube abound that showcase this passion.
A very interesting documentary on an important figure in American art ! 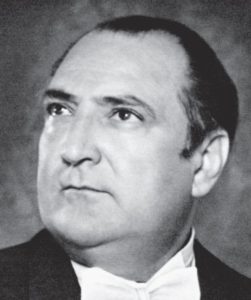 Franz Konwitschny (1901-1962) was one of the great conductors from a past that included such titans as Arturo Toscanini, Fritz Reiner, Otto Klemperer and George Szell, each of whom commanded an infrastructure of fans, critics, the media and record labels, that often blocked out more modest figures of equal talent, such as FK.

This pair of well-known classical masterworks are given performances that engage, captivate and inspire any listener with an open mind and heart. They will also appeal to the possibly jaded, experienced types of listeners/collectors who think there is little left to discover after hearing both pieces ad nauseam numbers of times via concerts and recordings but they couldn’t be more wrong. Konwitschny conveyed a newly minted freshness, almost as if he were discovering them for the first time. His phrasing, tempos, high-lighted details, drawing of sheer sound, etc., add up to a first class CD.

He was also quite the character. He loved the proverbial bottle and was nicknamed Konwhiskey. Once he consumed six bottles of champagne before conducting a highly-successful performance of Richard Wagner’s five-hour opera, Tristan and Isolde.

He would wave to family and friends with a handkerchief right in the middle of conducting a concert. He hated rehearsals but quickly got the orchestra back on track if playing became sloppy.

When he died on July 28, 1962, just short of his 61st birthday, of a heart attack, while on tour with the Leipzig, in Belgrade, Yugoslavia, he was given a grand state funeral from the East German government, with massive crowds, ten deep, lining five miles of streets. However, because he was a devout, practicing Catholic, his request for a funeral Mass in his will was honored, much to the chagrin of the Communist leadership.

The Weitblick CDs originated from Japan, are mostly deleted, and tend to be prohibitively expensive on various websites (with a few exceptions). However, the mail order Berkshire Record Outlet has kept a number of Weitblicks, including this week’s post, available for very reasonable prices. For those whose interest in acquiring more Konwitschny recordings is increased after buying and hearing the above Pastoral, they will find not only Weitblicks, but also offerings from such other labels as Memories, Regis, Scribendum, Berlin Classics, etc. 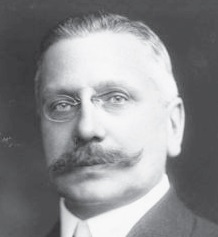 Carl T. Fischer worked for 15 years on this very exciting tone poem for full orchestra, all but completing it just before his death from cancer at age 42 in 1954. Born to Chero­kee parents who encouraged his budding talent, he wrote this piece out of his own experience, imagination and love of traditional rhythms.

The music is melodic and filled with the romantic sweep of such soundtrack composers as Max Steiner, Miklos Rosza and Bernard Herrmann. Examples of the titles include At the Pool, Maiden’s Prayer, Big Brave Song and Ceremonial War Dance. The LP is out of print but can be heard on YouTube in its entirety. Sometimes a copy of the album shows up at a garage sale or used record store, where I found mine.