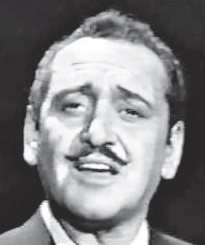 Aladdin Ahmed Abdullah Anthony Pallante (1912-1970) was best known as a regular on the Law­rence Welk Show from 1953 to 1967 and a talented violinist, comic foil for novelty songs and skits and reciter of inspirational verse. This LP features him in some of his most popular recitations – Why Do I Love You?, Deck of Cards, A Cowboy’s Prayer, Windows of Gold and Touch of the Master’s Hand. Each one is accompanied by some of the most beautiful music performed exquisitely by Welk’s instrumentalists.

Five used copies of the LP are available from three different Amazon vendors, ranging from $5 to $20.

Artur Rubinstein (1887-1982) was a great player, not only of Chopin, but also Mozart, Beethoven, Schubert, Brahms, etc., and my shelves bear witness with 78s, 45s, LPs and CDs. His happy go-lucky personality and sociability at more parties than one could shake a stick at belied his purposeful discipline and very high standards.

However, he admitted in his memoirs that, before he turned 42, he caroused most of his days away until he had a very serious inkling that his talent was being squandered. Fortunately, he regrouped and became the much-loved music maker for the remaining 50 years of his life.

The performances are, of course, top-notch, and these pieces, with their infinite range of mood, will repay concentrated listening. A must set for Chopin fans!

In recent years, I have become a fan of the late country singer Jim Ed Brown (1934-2015) and own a batch of recordings covering three major phases of his career and focus-first, with sisters Maxine and Connie as The Browns from the early ‘50s until 1967; then on his own from ’67 until ’75; and finally part of a duo with Helen Cornelius from ’75 until she ended the partnership in ’81. 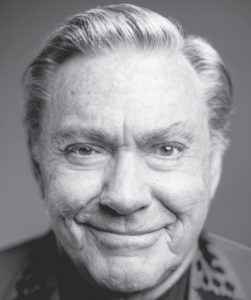 At first, Brown was skittish about pairing up with anyone, but RCA A&R man Bob Ferguson prevailed with his idea that Brown and the then unknown Helen Cornelius (1941-) might be a good fit. He proved right; the two blended exquisitely and this album is one lovely disk. The ten selections are new to me but not one of them is a dud.
My absolute favorite, one I have played over and over again, is Lay Down the Burden of Your Heart. It never fails to provoke goosebumps! 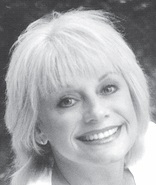 On June 4, 2015, country legend Bill Anderson presented Brown with the medallion for inclusion in the Country Music Hall of Fame, in the presence of family and friends, at his hospital bedside as he was dying from cancer; then everyone sang Will the Circle Be Unbroken? Brown passed away on June 11, at 81.