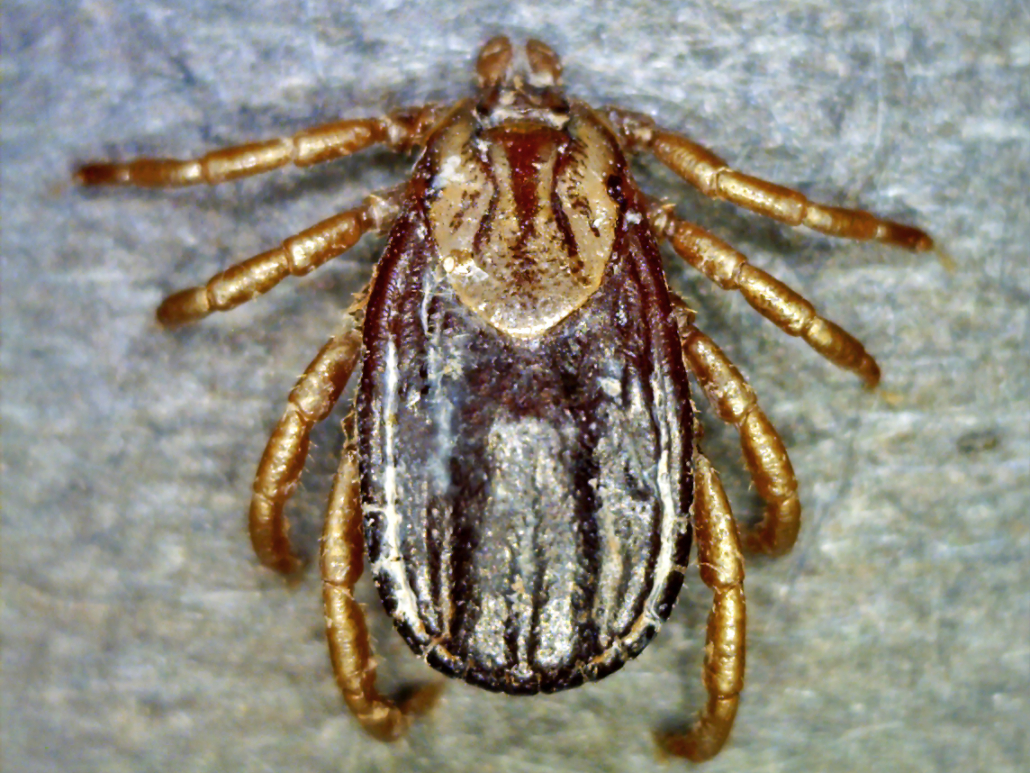 Recent news reports have indicated a high rate of deaths among young moose in northern Maine. Lee Kantar, the moose biologist with the Maine Department of Inland Fisheries and Wildlife (MDIFW), said the winter ticks are to blame. The ticks, also called moose ticks, are a worsening problem in the areas of the northern U.S. and southern Canada that moose call home. Infestations of ticks contributed

to a record high death rate for young moose tracked by wildlife managers in rural Maine.

The Maine Department of Inland Fisheries & Wildlife placed collars on 70 moose calves in remote parts of the state last winter and 60 of them had died by the beginning of May, Maine Public reported. The 86 percent mortality rate was the highest since the agency started the tracking survey.

Kantar confirmed the majority of overwinter mortality occurs in calves prior to their first birthday in May.

“We have been assessing cause specific mortality of adult cow and calf moose for 9 years with GPS collared animals,” Kantar said. “Winter tick is the primary driver/cause of mortality for calves. The winter tick is a unique species of tick that has a different life cycle than the common ticks known to most people (e.g., deer and dog ticks).”

He continued by saying unlike other ticks that have a multi-year life cycle that involves getting on and removing blood from three different hosts, winter ticks spend their entire life cycle (larva, nymph and adult) on one host (typically moose) and take blood meals off the moose at each stage.

“Adult female winter ticks, in order to produce eggs, take a minimum of one milliliter of blood from the moose,” Kantar explained. “The winter ticks get on the moose in the fall and stay on them until May where they drop off then the females lay eggs and die. A moose can harbor 30,000-90,000 ticks ” According to Kantar, “the amount of blood removed by these ticks causes blood loss, weight loss, restlessness, lethargy, hair loss, secondary bacterial infections and anemia. In cases like this spring, high infestation rates on moose can lead to death in young animals and depress female reproductive rates.”

Researchers have studied the dynamic of winter tick and moose for decades. “Typically losses like we saw this spring occur once over the course of many years,” Kantar continued. “However, in the northeast due to shifts in climate and past moose densities we have experienced multiple years of moderate-high juvenile losses. Moose are wild, free-ranging animals. There is no veterinary labelled, approved treatments for moose.” Moose range over 10-12 square miles. Maine is home to tens of thousands of moose.

“Solutions to ticks must address this large scale problem in a way that does not harm the environment and other wildlife,” Kantar said. “Therefore we are limited in options to treat moose and winter tick. Reducing the density of moose is believed to be one of the only possibilities to determine if winter tick numbers can be reduced. MDIFW is conducting further research on reducing moose numbers in one half of one Wildlife Management District over the next five years to measure moose population parameters (density, composition, mortality and reproduction) as well as winter tick numbers to determine impacts of the program.”

The reported numbers for this spring represent only one Wildlife Management District (WMD 4) and represents only GPS collared calves that had these GPS radio collars placed on them this past January.

“It is highly likely that this mortality rate is representative of the entire management unit, but caution must be used to assume that these numbers are consistent throughout the entire moose range in Maine,” Kantar explained.

“While reducing moose density is counterintuitive to people, the science behind the relationship of disease/parasites and animal density is deeply rooted and widely studied,” Kantar added. Kantar went on to say, with 90 percent of Mainers approving of moose hunting, biologically and otherwise population reduction at this level to determine feasibility is a prudent and important step in combating winter ticks. Longer summer/fall temperatures and weather and subsequently shorter winters allow winter ticks to have more days to get on moose in the fall. Each day the weather remains mild, ticks are getting on moose so the number of ticks continues to grow until weather shuts down the ticks looking for a host. This is why winter tick numbers can increase to the point on a moose that they become lethal. Combating the weather is out of our hands. Maine moose country is predominately private land – there are limitations in scope, scale, resources and practicality in how to best fight ticks.

“Our website has additional information on this,” Kantar concluded.

Although winter ticks are not a threat to human health, they can pose a significant threat to wildlife, moose in particular. Deer and other ungulates seem to easily remove the ticks during grooming. Moose, however, are not as successful at tick grooming and can become host to over 100,000 winter ticks. Heavy infestations on an individual can result in severe anemia, skin irritation, hair loss, and distraction from feeding. The total effect from heavy infestations can ultimately result in death of the individual.

Ticks hide in the leaf litter present in the wooded or brushy areas they tend to populate. When snow falls, it only serves to insulate the dormant ticks, which are protected by the layer of debris. Or, in the case of soft-shell ticks, they survive by staying underground in burrows or dens.

In 2019, the Maine Center for Disease Control confirmed 1,629 cases of Lyme disease in Mainer.

The winter tick has a large geographic distribution in North America. They can be found coast to coast through much of Canada and the United States ranging from the Yukon Territory in the north to along the Mexican border in the south. They can be found in a wide variety of habitats, but are strongly associated with the presence of moose. Winter ticks are found in forested areas throughout the state of Maine, particularly in central and northern counties.

What is the diameter of a basketball hoop in inches?