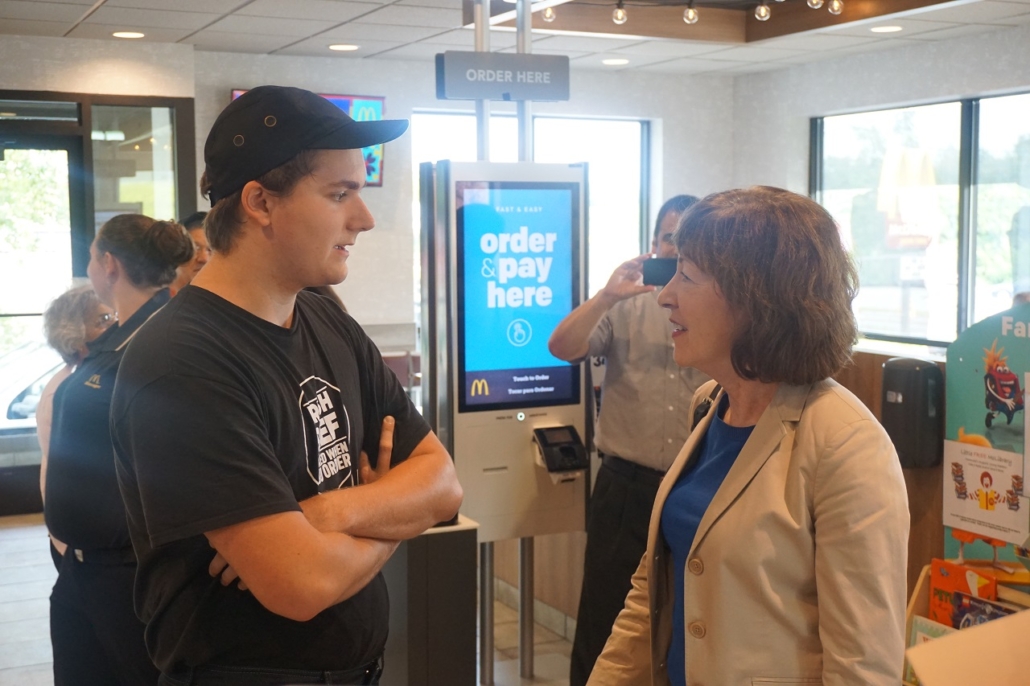 Maine Republican Senator Susan Collins stopped by the McDonald’s restaurant in Winslow on Friday, August 24, to show support for that location’s “Back to School Supplies Drive,” which aims to help Winslow Elementary School teachers and students by collecting donations of school supplies for the upcoming fall semester.

Senator Collins showed up with a backpack filled with goodies for students and teachers, including crayons and pens, glue-sticks and stickers. She also donated a copy of the book “What is the Constitution?” by Patricia Demuth Brennan, and a bundle of paperback copies of the US Constitution. 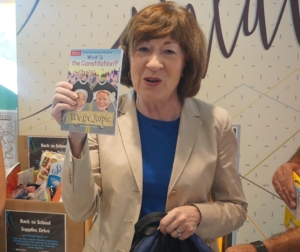 Susan Collins displays the book, What is the Constitution?, one of the items she donated to the school supply drive.

Afterward, Senator Collins stepped outside to speak with local media. She spoke about her meeting with Supreme Court nominee Brett Kavanaugh, her recent “No” vote on a proposal to eliminate federal funding for Planned Parenthood, and the current feud between President Trump and his Attorney General Jeff Sessions.

About Supreme Court nominee Kavanaugh, she said, “I had an excellent meeting with Judge Kavanaugh. I asked him many questions covering a wide-range of topics. I started off by asking him whether he had made any commitments to any outside groups, like the Federalist Society or anyone in the White House, including the President, about how he would approach specific cases; and also did he make any commitments on how he would rule. He assured me emphatically that he had not.”

The Senator said they had then moved on to discuss a number of issues, including abortion rights, the Affordable Care Act and the question of coverage for pre-existing conditions, his views on executive authority, and whether a Special Counsel can investigate a sitting president.

“He was very clear that he believed not just in the precedent of the lower courts,” she said, “but recognized the importance of adhering to precedents that the Supreme Court has established itself.”

Although Senator Collins insisted she “had an excellent discussion with him,” she also said, “I have learned always to wait before rendering a final decision — or even preliminary decision — until the hearings before the Judiciary Committee have been held.

She also commented briefly on her vote against an amendment Senator Rand Paul (R-Ky.) had proposed be added to a government spending bill which would have cut-off all federal funding for Planned Parenthood. “I was one of two Republicans” (the other being Lisa Murkowski, Republican senator from Alaska) “who voted against an amendment that would have taken away all federal funding for Planned Parenthood … and I think that demonstrates how important I view a woman’s right to choose,” she said. “What I have said is that I could not support a nominee who demonstrated hostility to Roe. I did not see that with Judge Kavanaugh.” 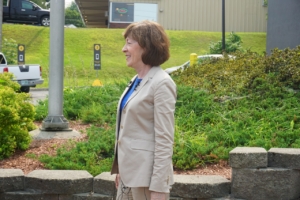 Susan Collins speaks to local media outside the McDonald’s in Winslow.

A reporter then asked about the current tension between President Trump and his Attorney General, Jeff Sessions. “I am really appalled at the President’s continued public humiliation of the Attorney General,” she said. “It is totally inappropriate.” But she added, “I recognize that he serves at the pleasure of the President.”

In reference to the investigation into Russian election meddling, she said, “It’s obviously troubling that Mr. Manafort was the chairman for the Trump campaign for a time, but I think it’s important for Congress not to get out ahead of the Special Counsel.

“My advice to [President Trump] all along has been that he would be better off not saying another word about the investigation.” She added, “That advice has not been taken.”

She emphasized that the Intelligence Committee, of which she is a member, is continuing with its own investigation. “In fact,” she said, “we’ve already issued two chapters on election security saying, without any doubt, that the Russians have an ongoing and active attempt to influence public opinion in this country.”

The questions then shifted to Senator John McCain and the news of his decision to discontinue medical treatments for brain cancer. “I am so sad for John McCain,” she said. “He is a dear friend of mine. My heart just aches for him. He can die knowing he’s been a real hero to the American people and a great friend.”

The event that precipitated Senator Collins’ visit, Winslow McDonald’s “Back to School Supplies Drive,” wrapped up on August 24, but you can still donate by contacting the Winslow Elementary School at 872-1967.

Mike Ortins, owner of the McDonald’s in Winslow and sponsor of the school supply drive, said it was a big success. “This is the first year we’ve done it,” he told me, “and we plan on expanding it because it was so successful. I hope to do it in all our locations next year!” 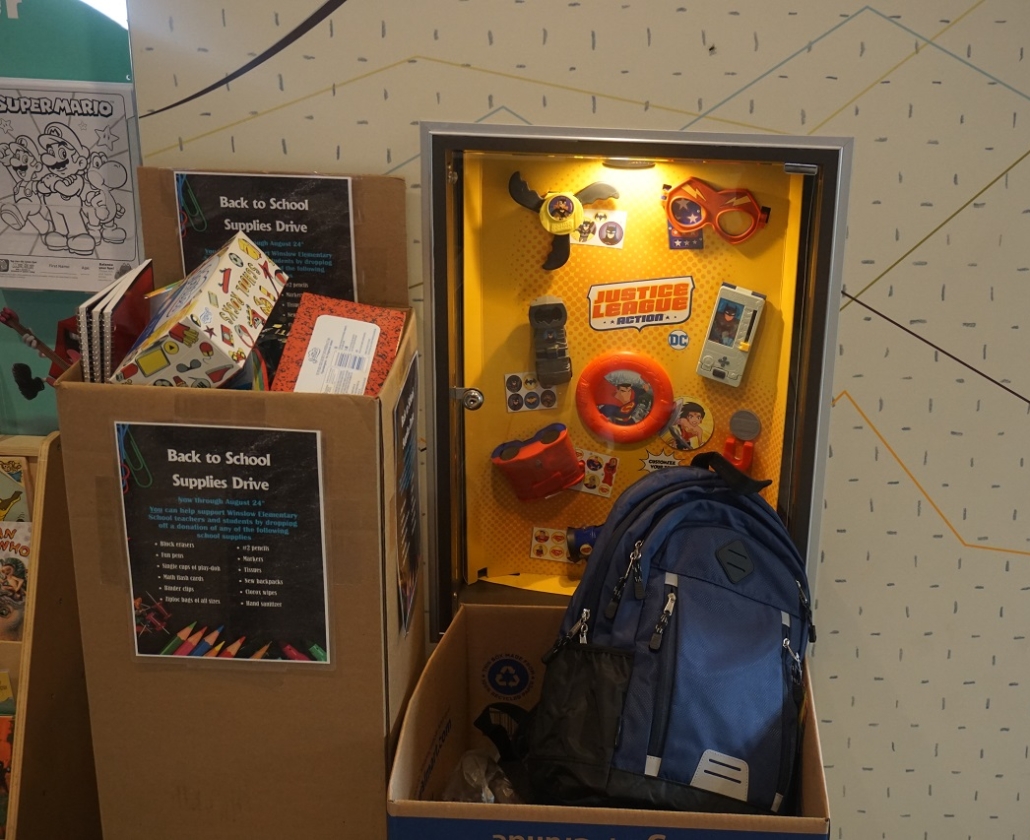