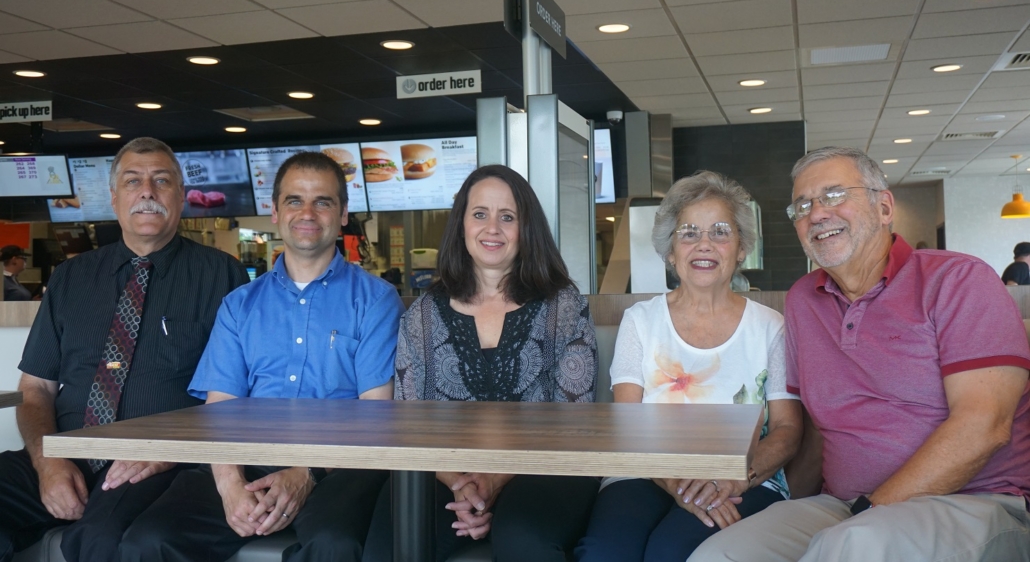 It’s hard to find anything more American than McDonald’s, or more emblematic of the American spirit than the family business. The recent remodel of the McDonald’s, in Winslow, represents both these traditions and it’s a story more than 30 years in the making.

In 1986, Bob Ortins moved his family to central Maine. After years working for the McDonald’s corporation, starting in 1971, an opportunity had opened up to buy four McDonald’s restaurants in the Pine Tree State. The move proved to be a huge success, and at their peak, the Ortins family owned nine restaurants across central Maine.

Around this same time, another small business was also starting to make a local name for itself. Although founded in 1974 by David Poulin, of Brunswick, Poulin Construction earned state-wide fame in 1984 for their classy conversion of the historic Gore House into a McDonald’s restaurant, in Freeport. This early success led to an on-going relationship with the McDonald’s corporation and eventually to a partnership with Bob Ortins, who, in the fall of 1987, hired Poulin Construction to build a new McDonald’s restaurant on the China Road, in Winslow.

In 2014, Brent Poulin bought the construction business from his father. And Bob Ortins’ son Mike, after working with his father for more than 30 years in every conceivable position, from cashier to general manager, took over full control of the business with his wife, Lana, in 2016.

Now, more than 30 years after that first building project, these two families have come back together for a renovation of the original restaurant as part of McDonald’s “Experience of the Future” initiative.

“It’s about building a better McDonald’s,” Mike tells me as we sit outside in the shade, watching workers from Poulin Construction put the finishing touches on the remodel. 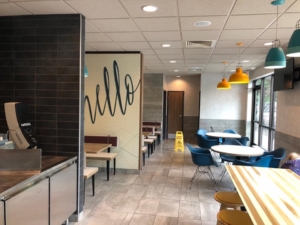 The Winslow McDonald’s sports a new, “rustic” aesthetic to the new dining room.

The renovations will feature a number of cool new updates and modern conveniences. Along with a sleeker, more contemporary look to the interior, the location will now showcase high-definition, digital menu boards inside and out. The remodeled restaurant will also feature two self-service kiosks – enabling customers to order from a touchscreen menu without standing in line – and table-location technology, allowing employees to deliver food directly to a customer’s table.

McDon­ald’s has also recently implemented a new “always fresh, never frozen” policy for all their quarter-pound burgers, which owner Mike Ortins says makes them taste “even better than before.”

Another feature, which has been available for some time, is the ability to make one’s order via McDonald’s new mobile app. However, the renovations will add to this convenience by designating two parking spots on the east side of the restaurant specifically for “curbside ordering.” Park here, submit your order via the mobile app, and a few minutes later your food will be brought directly to the car!

The Ortins have succeeded because of a deep commitment to their employees and the communities in which they live. Offering tuition assistance of up to $3,000 a year, many employees start working part-time as they go to school. Jim Sevey, the first general manager of the McDonald’s location in Winslow when it was opened in 1987, is now a company supervisor and will be on hand at the ribbon-cutting ceremony on June 16.

Mike Ortins firmly believes in supporting the local community and has sponsored a number of fundraisers over the years, such as McPuzzle Night in support of autism awareness. He plans to continue that tradition. At the grand re-opening of the Winslow’s McDonald’s on Saturday, June 16, 20 percent of all purchases between 9 a.m. to 1 p.m. will be donated, along with a check for $1,000, to the Winslow Parks and Recreation Department. 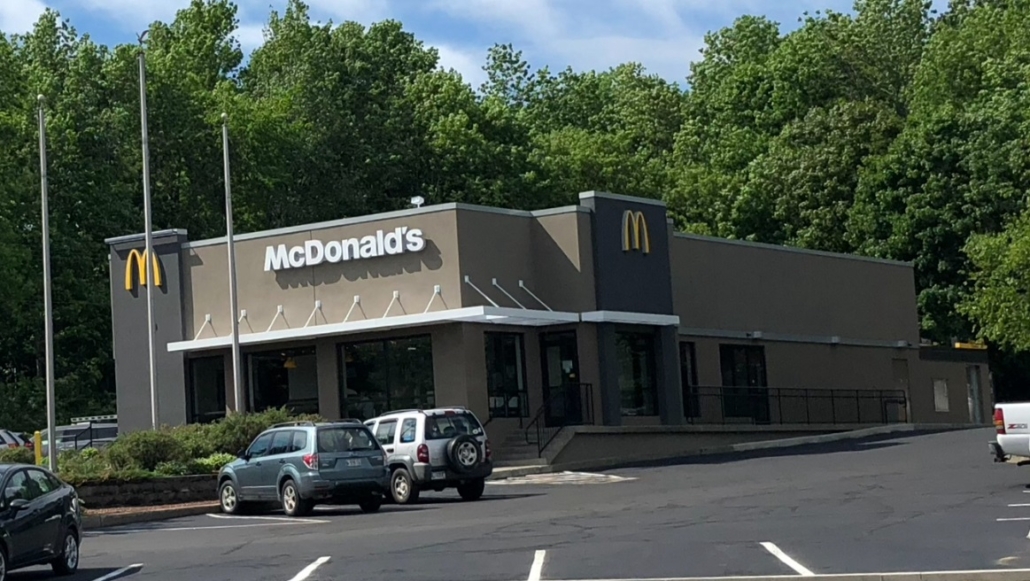 The renovations of the McDonald’s in Winslow are done, and it’s looking great.