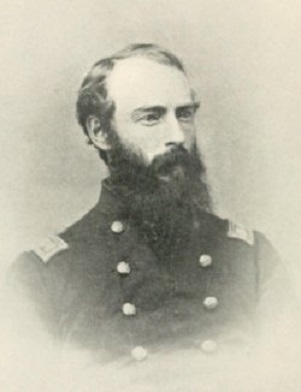 In the course of reading about the War of 1812, your writer found information on Maine soldiers of less exalted rank than brigadier general, which she hopes readers, too, will find interesting.

A Massachusetts native, he was in the Kennebec Valley by 1788, because on Dec. 28 that year he became the second husband of Abigail “Nabby” Bacon (Aug. 23, 1770 – March 23, 1831) of Vassalboro. Abigail was the daughter of Ebenezer Bacon and Abigail Farwell; her first husband was Winthrop Robinson.

(But Winthrop Robinson’s on-line genealogical record says he married Abigail Bacon in 1786 and lived until 1807, and he and Abigail had at least five sons and two daughters. Perhaps this genealogist partially combined Abigail’s two families?)

By 1794, the Sherwins were living on the west side of the Kennebec in the part of Winslow that became Waterville in 1802. Sherwin had a brickyard at the east end of Sherwin Street, which connects Water and Silver streets; the street is probably named after him. The couple had at least five and maybe seven children (sources differ), born in Waterville between 1794 and 1811.

In his history of Waterville, Edwin Carey Whittemore wrote that the Sherwin house was the site for “town meetings and religious services” until residents built a meeting house in 1798. Voters at the June 25, 1798, town meeting gave Sherwin a $30 reimbursement.

Whittemore lists Sherwin as a Winslow/Waterville member of the Massachusetts legislature for all but two years from 1799 through 1815. In 1810 and 1811, he was replaced by Eleazer W. Ripley (later Brigadier General Ripley – see the Feb. 24 The Town Line.)

In 1801, Sherwin was one of the men who helped pay for books for Waterville’s first library, started by Reuben Kidder (see the Dec. 23, 2021, issue of The Town Line.)

On-line genealogies say the Sherwins’ first child, Josiah, was born in 1788 (after their marriage?) and their second, Sophia, was born in or about 1794. If these birthdates are accurate, it is confusing to find him planning to send two children to elementary school early in 1797.

Elwood T. Wyman, writer of the chapter on schools in Whittemore’s history, found that Sherwin was one of eight men who, at the end of December 1796, signed a promise to pay Abijah Smith for three months’ teaching. Wyman wrote that school age was defined as between five and 21 years; each man listed the number of students to be enrolled at his expense.

Each promised Smith a proportionate share of his $20 a month pay, two dollars to be paid weekly for board (spelled “bord”) and the remainder due at the end of term. They further agreed to deliver firewood to the schoolroom.

In 1808, Sherwin was listed as a parent in Waterville’s school district number eight (this list did not include the number of students per family). Wyman wrote this district, with 145 students, probably contained most of the town’s population.

The students, he wrote, “came from Main, Silver, Mill, College, Water and lower Front streets, as these rough roads were called, leading through an area still largely covered with woods, and used mostly for pasturage.”

In the War of 1812, Sherwin had the rank of lieutenant colonel and led the First Regiment, Second Brigade, Eighth Division of militia.

General Isaac Sparrow Bangs, who wrote the chapter on military history in Whittemore’s book, found records showing the regiment was activated Sept 14, 1814, and started for the coast, but was held in Augusta until Sept. 24. Then some of the men, including Sherwin, were drafted to fill vacancies in Lieutenant-Colonel Ellis Sweet’s regiment in Bath. They stayed at Edgecomb and Wiscasset until Nov. 10, seeing no action (see The Town Line, Feb. 17).

Like Sherwin, Captain Moses Burleigh (occasionally spelled Burley; March 25, 1781 – Feb. 13, 1860), of Palermo, has appeared previously in this series as a militia captain, some of whose troops went to the coast in September 1814 (see The Town Line, Feb. 17). He commanded a company in Colonel John Commings’ regiment, which served in Belfast from Sept. 13 to Sept. 24, 1814, according to Millard Howard’s Palermo history.

Howard wrote that Burleigh was born in Sandwich, New Hampshire, and came with his father to Palermo in 1800. An on-line genealogy, quoting from the family history, says of Burleigh: “[H]is neighbors[,] inspired with confidence in his ability and integrity, repeatedly elected him to fill important offices in the town,” including captain of a militia company. In 1816 he was made a lieutenant colonel.

Peacetime positions the two sources list include “selectman, justice of the peace and deputy sheriff”; representing Palermo in the Massachusetts General Court and later in the Maine legislature; and being a delegate to the 1816 convention in Brunswick that anticipated Maine statehood.

Burleigh was a member of the first Maine legislative session in 1820, held in the state house on Congress Street, in Portland. That first session apparently lasted 71 days, and an on-line attendance list shows that Burleigh was present for 70 of them. In attendance for 71 days were Joel Wellington, from Fairfax (see below), Robert Fletcher, from China, Peaslee Morrill, Jr., from Dearborn (readers who have forgotten Dearborn are referred to the Feb. 17 issue of The Town Line), Joseph Stewart, from Harlem, and Samuel Redington, from Vassalboro. Herbert Moore, from Clinton, was there for 67 days; Ambrose Howard, Sidney, 61 days; Baxter Crowell, Waterville, 58 days; Ebenezer Lawrence, Fairfield, 50 days; and Robert C. Vose, Augusta, 46 days. Windsor is not listed.

Burleigh was the first man to drive the mail carriage from Augusta to Bangor, when carriages replaced horseback riders.

In 1830, Burleigh moved to Linneus (then in Washington County, now in Aroostook) and, Howard wrote, “continued to hold important positions in state, county and the militia.” He was put in charge of the census in the northern part of the county, where, the online genealogy says, he continued to argue with the Brits. A Canadian warden claimed he was outside the United States boundary and “pursued with authority to arrest him; he eluded all pursuit and accomplished his work.”

The next year he “was appointed assistant land agent to guard that section of the public lands, and in that capacity succeeded in breaking up various parties of trespassers, compelling them to return to the British Provinces.”

Burleigh was Linneus’ postmaster for some years. The genealogical writer again praises him: he “was a man of activity, energy, and probity of character; his hospitality was particularly marked, the hungry were fed and the weary found rest beneath his roof….” 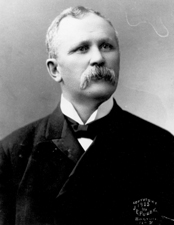 His grandson, Edwin Chick Burleigh, from Linneus, was elected Governor of Maine in 1889, a member of the United States House of Representatives in 1897 and a United States Senator in 1913.

Another War of 1812 veteran, whose life shows interesting parallels with Burleigh’s, was Captain Joel Wellington (1782 – July 12, 1865), from Fairfax (as it was named in 1804; it became Albion in 1824). Two on-line sources call him General Wellington, but neither explains when or how he (allegedly) got the title.

Wiggin recorded that the June 25, 1814, town vote to rebuild the bridge at the head of China Lake appointed him to the three-man supervisory committee. (The contract went to Sylvanus Harlow for $325, “to be paid in corn and grain at the market price February 1, 1816.”)

In October 1819, Wiggin wrote, voters sent Wellington to the Portland convention that drew up a constitution for the planned new state, and in Fairfax’s “first state election” on April 3, 1820, Wellington outpolled two other men to become a representative to the new Maine legislature.

An online record of the 1820 census lists Wellington as the enumerator for Fairfax, which had 1,204 residents. In 1822, voters appointed him to a five-man committee to draft a petition to the legislature to change the town’s name from Lagonia (also spelled Lygonia and Ligonia, adopted in 1821) to Richmond (never adopted).

Wellington was postmaster in Fairfax in 1820 (and perhaps earlier), according to the 1820 Maine Register (found online). In March 1825 he became Albion’s first postmaster, serving until 1831.

Kingsbury wrote that Wellington owned a public house in Fairfax by 1817, and later he and his brother John ran a carding mill. Wiggin said the mill was originally on Fifteen Mile Steam near Route 202, and the Wellingtons moved it to the outlet of Lovejoy Pond. It burned in the early 1850s, she wrote.

Meanwhile, in 1829, according to a Maine Writers Research Club book titled Just Maine Folks (found online), Wellington bought from the state of Maine, for $3,000, 23,000 acres on the north branch of the Meduxnekeag River, in what became in 1839 Aroostook County. The first settlers on his property arrived in 1830; Wellington moved there himself with his family (after a stay in Bangor in 1840, according to the online genealogy), and built a sawmill and a brickyard to accommodate local needs.

Originally called Wellington Plantation, the Town of Monticello was incorporated July 29, 1846. Wellington changed the name to honor Thomas Jefferson’s Virginia estate. He lived there until his death and is buried there.

Monticello Grange #388 was organized in 1899; members promptly built a Grange Hall. It burned in 1921 and was replaced in 1922 by a typical two-story wooden building that has been on the National Register of Historic Places since 2000.

Other on-line sources mention the Wellington House, in Monticello, built in 1846. The present owners are publishing a blog on Facebook as they rehab it, enumerating their discoveries (copper, not tin, ceilings, in five rooms) and their dilemmas. They say the large two-story clapboarded building is on the site of the cabin Wellington built when he first came to his town.

Monticello is a little more than 20 miles north of Linneus. Given that Wellington and Moses Burleigh were a year apart in age, given that they might have met in September 1814 and must have met in the Maine legislature, in Portland, in 1820, your writer wonders whether there is a connection between Wellington’s 1829 land purchase and Burleigh’s move north in 1830.