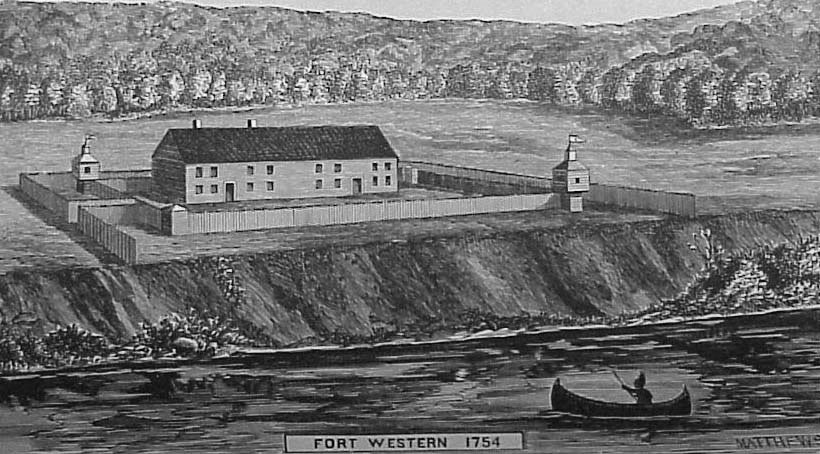 For the next however many weeks, this series will discuss 19th-century wars that affected central Kennebec Valley residents. After the British gained legal control of the region by the 1763 Treat of Paris, the valley was mostly peaceful, but military actions elsewhere had local effects.

Your writer will start with the American Revolution (1775-1783), and go on to summarize some of the local connections with two more wars that finally ended quarrels over Britain’s interest in this side of the American continent, the War of 1812 (1812-1815) and the Aroostook War (1838-1839).

Next will come a very incomplete story of the all-encompassing Civil War (1861-1865). Many men and some women from the central Kennebec Valley were actively involved.

This part of the series will conclude with the Mexican War (1846-1848) and the Spanish-American War (1898). Though Kennebec Valley residents were aware of these geographically distant events, local effects were limited, with the important exception of families whose menfolk fought, and sometimes died, on the fields or seas of battle.

The United States in the 19th century had two forms of military organization, the national army and the local militia units.

The U. S. Army, the oldest branch of the national military service, is a direct successor of the Continental Army, organized June 14, 1775. After the Revolution, mistrust of a “standing army” in the newly independent country led to temporary abandonment of a national force.

Soon, however, frontier wars made an organized armed force necessary. Wikipedia says Congress created the Legion of the United States in 1791 and in 1796 renamed it the United States Army. The United States has had a national military ever since, though a small one until the 20th century.

When English settlers arrived four decades later, they brought with them a tradition of organized militia units. Wikipedia says the Jamestown and Plymouth colonies (established in 1607 and 1620, respectively) started by enrolling every able-bodied man as a militia member.

After independence, colonies’ militia units became state militia units. Wikipedia says the federal government first began regulating them in 1792, and until the early 20th century relied on them “to supply the majority of its troops.” The militia became the National Guard in 1903.

Augusta historian Charles Nash included a chapter on the militia in his 1904 history. He described a typical local unit as enrolling able-bodied “citizens” (this writer is quite sure he meant male citizens) between 18 and 40 years old each spring.

“The organization of the militia consisted of companies of infantry in citizen’s dress (better known as ‘string-beaners’), light infantry in uniform, cavalry, artillery, and riflemen; these were organized into regiments, brigades, and divisions,” Nash wrote. Each infantry regiment normally had a company of cavalry and another of riflemen with it.

Uniformed infantry wore blue coats, artillery men “the revolutionary color [dark blue, according to Wikipedia] faced with red” and riflemen green, the better to hide in ambush in the woods. Infantry and rifle companies included fifers and drummers; the cavalry and artillery units had buglers.

After organizing in May, militias drilled during the summer and in the fall held local musters that were the year’s main attraction for people of all classes, Nash said. Augusta’s muster ground for many years, well into the 1800s, was an area between Augusta and Hallowell named Hinkley’s Plains, after an early settler.

Nash described a typical muster, with demonstrations of military maneuvers, music and a final review before the mounted commander. Outside the muster area “tradesmen and peddlers and hucksters” assembled as for a fair; a great deal of liquor was consumed, inside and outside. In a footnote, Nash wrote that in 1844 the Maine Legislature banned musters because of the “gross intemperance practices.”

The 1817 muster at Hinkley’s Plains was special, Nash wrote, because Massachusetts Governor John Brooks came north to review the troops, only the second time a Massachusetts governor had visited the Kennebec Valley.

Governor Brooks had been a lieutenant colonel in the Revolutionary army and afterwards a major-general in the militia, and was known for his military appearance and skilled, graceful horsemanship. Local soldiers were eager to make their appearance before him, and, Nash wrote, people from 50 miles around made plans to attend.

Brooks reviewed them from the back of “a fine dapple-gray clad in rich equestrian trappings.” The governor wore “a revolutionary three-cornered hat, with a large cockade on its left point, and a short black plume on its crown;…a blue military cloak, the cape of which was deeply bordered with red silk velvet, and its front and sides trimmed with gold lace; his breeches were buff and his high swarrow boots of shiny black polish, displayed silken tassels below the knees; a gold-hilted sword and gilded scabbard hung by his side.”

[“Swarrow,” or Suwarrow or Suarrow, boots are mentioned in the Askin Papers, documents relating to John Askin’s life in the northwestern United States, written between 1747 and 1820. Howard Franklin Shout, who wrote a thesis translating the papers into modern English for his Michigan State College Master of Arts degree in the 1920s, confessed that he was “not able to identify” the word.]

As Brooks and his staff began the review, Nash wrote, the governor took off his hat, “and while the merciless rain poured upon his whitened locks which fell upon his shoulders, he rode slowly before the line looking upon every soldier in it.”

Smaller towns, too, had their local militias. Ruby Crosby Wiggin, in her history of Albion, mentioned an 1808 town meeting vote to buy 32 pounds of powder. Other area towns had organized militia units and were stocking up on powder around that time, she wrote, adding, “Troops practiced on the town commons and were quite well organized when the War of 1812 called them to active duty.”

Her research in town records found local expenditures for the town militia, and supplementary payments from the State of Maine, part of the time (depending on successive town treasurers’ degree of detail) from 1839 until the Civil War.

Palermo had two muster fields, Milton Dowe wrote in his 1954 history. One was at Longfellow Corner, “where the Second Baptist Church was built in 1827”; the other was on Marden Hill.

Six of the 12 central Kennebec Valley towns covered in these articles had legal European settlers by the spring of 1775 (Vassalboro, including Sidney, and Winslow, including Waterville, were incorporated on April 26, 1771), and four more by the time the Revolution ended in 1783. The exceptions were the off-the-river towns of Albion and Windsor, where the first settlements date from the 1880s. Your writer thinks it highly probable, however, that trappers, hunters, fugitives, hermits and other solitary types had homes in the region before record-keeping started. 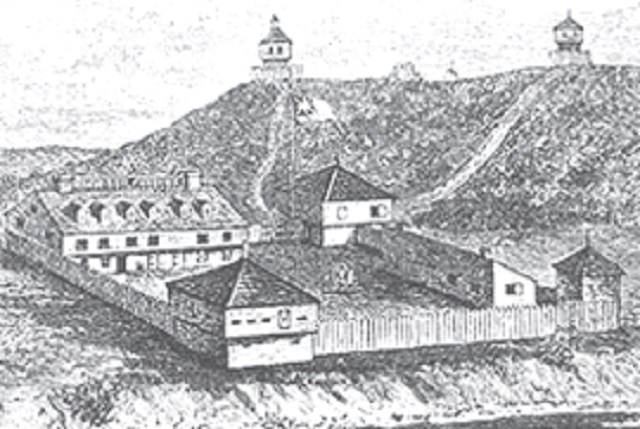 According to local histories, Augusta and Winslow were occupied first. Augusta was the site of the Cushnoc trading post, which dated from the 1620s, and then of Fort Western, built in 1758. Fort Halifax, in Winslow, was built in 1754-55.

Europeans mostly moved from the coast up the Kennebec, settling the east shore at Vassalboro around 1760 and around 1763 the west shore that later separated from Vassalboro as Sidney. Winslow settlers had spilled across the river into what became Waterville before Fairfield was settled in 1771.

By April 1775 Fairfield had nine families, according to the writers of the bicentennial history. The writers surmised that it took months for news of Lexington and Concord to reach them, and that between their immediate needs and the protection of nearby Fort Halifax, they felt little personal concern.

Clinton’s and Benton’s early arrivals date from around 1775. By then people were moving inland; China’s first family arrived in 1773, Palermo’s around 1776 or 1777.

Kingsbury, considering the whole of Kennebec County, did not share the later Fairfield historians’ opinion about the lack of local reaction. He wrote that news of the fighting at Lexington and Concord led to “bands of scantly equipped men and boys…pushing their way through the forests” to the nearest place where they could enlist.

“Many farms were abandoned or left to the care of women and minors,” Kingsbury continued, and not all the minors were content to remain behind (as examples in a following article will show).

In Augusta (then Hallowell), he said, a group of patriots organized themselves in January 1775 (before Lexington and Concord). In following months they formed a pro-Revolutionary military company and a public safety committee whose responsibilities included corresponding with Revolutionary leaders around Boston.

Winslow, similarly, had a three-man committee of correspondence, created in 1776 to keep town officials in touch with other pro-independence groups, Kingsbury wrote.

The specific event during the Revolutionary War that directly involved the Kennebec Valley was the expeditionary force sent in September 1775 to capture Québec from the British. Led by Colonel Benedict Arnold, about 1,100 men left Newburyport, Massachusetts, by ship on Sept. 17, or Sept. 19 (or thereabouts; exact dates differ from one to another of the many accounts of the expedition). They began landing at Major Reuben Colburn’s shipyard in Gardinerston (now Pittston) a few days later.

Colburn, a supporter of the Revolution, had collected information and built bateaux, flat-bottomed boats the army needed to navigate the river. The boats were built of green wood and therefore heavy and leaky; food, gunpowder and soldiers’ feet were wet most of the time.

After several days of transferring supplies to the bateaux, the expedition moved upriver. Stops along the Arnold Trail to Québec, as it is named on the National Register of Historic Places, included Fort Western, in Augusta; Fort Halifax, in Winslow; and Fairfield, where the 1988 bicentennial history says an early settler named Jonathan Emery repaired some of the bateaux, and a memorial stone marks the route.

By 1775 Fort Halifax had been out of service since the peace of 1763. Much of it had been torn down, and the central building had become a tavern, according to the centennial history of Waterville. Two area residents had explored up the river to provide advance information; another went with the expedition as a guide.

Disease and accidents, and in at least one case deliberate murder, claimed soldiers’ lives as the expedition moved on. Ernest Marriner wrote that Dr. John McKechnie (1732-1782), who had surveyed Waterville in 1762 and moved there in 1771, treated sick and injured men. Others are said to have been buried in the Emery Hill Cemetery, in Fairfield.

The murder, Kingsbury wrote, occurred as a result of a quarrel between two soldiers during several days the army spent at Fort Western. The shooter was court-martialed and sentenced to hang, but Arnold stayed the execution and forwarded the case to General Washington. The victim was buried “near the Fort burying ground”; later, Kingsbury wrote, Willow Street covered his “unheeded grave.”