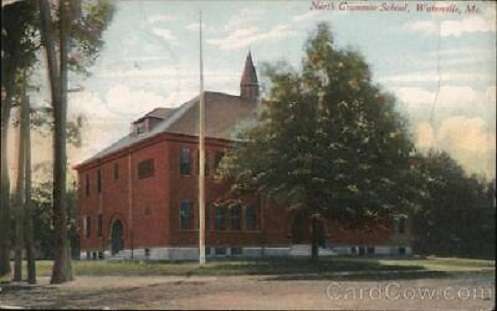 North Grammar School, that was located on the corner of Pleasant and North streets, which later was the site of the YMCA, and now is an apartment complex.

This concluding article on prominent Waterville residents features William Thomas Haines, mentioned briefly in several August and September articles and last week; Frank Redington, mentioned almost weekly; and a minister, none other than Rev. Edwin Carey Whittemore, chief editor of the 1902 Waterville centennial history. All were born in the 1850s and lived into the 20th century. 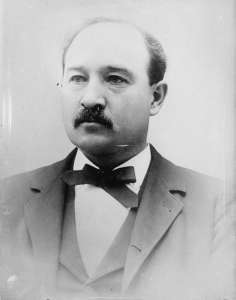 William Thomas Haines (Aug. 7, 1854 – June 4, 1919) is mentioned frequently in Whittemore’s chapters, and more information is available on line. Born in Levant, he graduated from the University of Maine as valedictorian, class of 1876, and earned an LL.B (bachelor of law) from Albany Law School in 1878. After less than two years in Oakland, he moved his law practice to Waterville in 1880.

Haines was mentioned last week as an incorporator of the Oakland Water Company in 1889. He was associated with several Waterville financial institutions.

Various sources list him as a long-time trustee for the institution that became the University of Maine; on the building committee for Waterville’s “beautiful” 1888 North Grammar School; one of the first trustees of Coburn Classical Institute in 1901; a principal donor of “both time and money” to the public library, located in the Haines building from 1898 or 1899 until after 1902; and one of the 1899 incorporators of the group that supported Waterville’s R. B. Hall Band.

An on-line site quotes from Haines’ Jan. 2, 1913, inaugural speech: “The introduction of the automobile, or the carriage moved by the power of gasoline, has made the question of highways of still more importance to the people of the State.” Wikipedia says during his two-year term the Maine legislature approved a bond issue for road improvements. 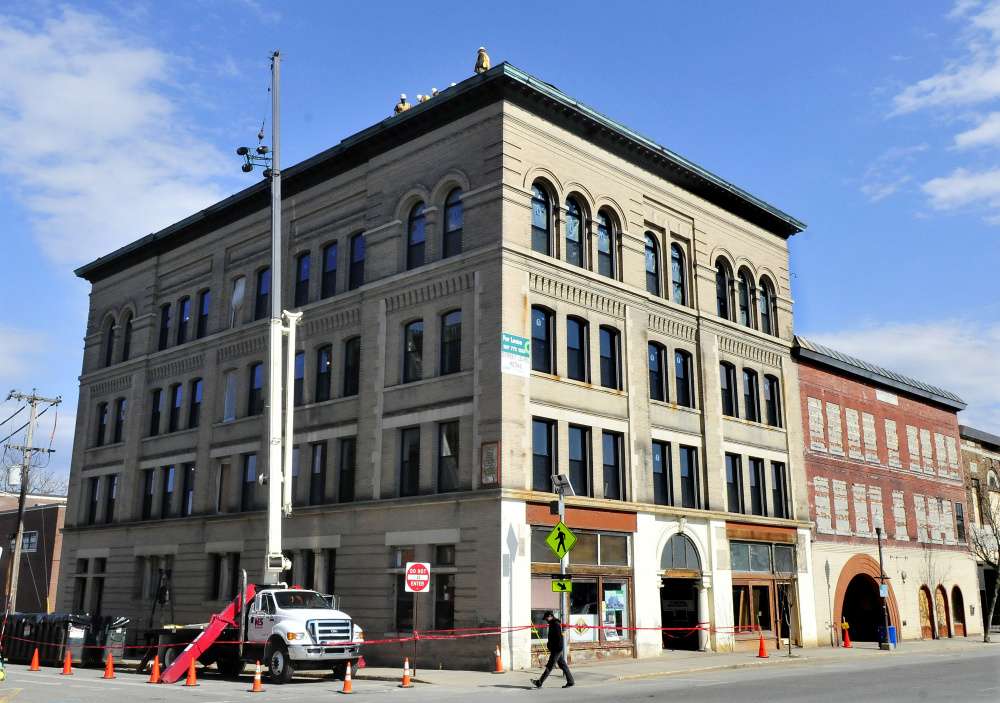 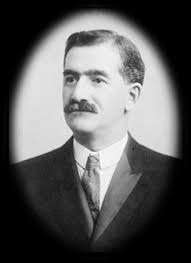 Frank Redington (Dec. 11 or Dec. 19, 1858 – Feb. 4, 1923) has been mentioned repeatedly in this series as author of the chapter on businesses in Whittemore’s history. His wife, Carrie Mae Foster, and in-laws were featured in the Sept. 15 issue of The Town Line. Both Whittemore and Henry Kingsbury, in his Kennebec County history, considered him worthy of attention.

Both said Asa Redington was a Revolutionary soldier – he joined a New Hampshire regiment in 1778, wintered at Valley Forge and was at Yorktown, Plaisted added. He came to Maine in 1784 with his brother Thomas (according to Plaisted) or Samuel (Kingsbury). Kingsbury wrote that Samuel settled in Vassalboro and Asa in Waterville; Plaisted put both Redingtons in Vassalboro until Asa moved to Winslow in 1792.

Plaisted had Redington married on Sept. 2, 1787, to Mary Getchell, daughter of his Vassalboro landlord, Captain Nehemiah Getchell, with whom he partnered in a company that helped build a 1787 dam close to the later Lockwood dam and “a large double saw mill” on the dam. After the partnership dissolved in 1799, Redington stayed in the lumber and sawmill business until 1830.

Both historians said the two oldest sons were Asa Jr., and Samuel. Kingsbury listed Emily first of the three daughters, implying she was the oldest; Plaisted listed her last of all the children.

Emily, Plaisted added, married Solymon Heath, the banker, and one of their daughters was Mrs. A. A. Plaisted. (The daughter’s name was also Emily; see last week’s article on Aaron Appleton Plaisted.)

Plaisted wrote that Charles Harris Redington’s businesses included groceries, furniture and undertaking, with various partners. He served in local government before and after Waterville became a city in 1888, including being mayor for a year around 1897.

In 1875, Frank started clerking in Charles Redington’s furniture store. In 1880 he and a partner bought the business; a year later he bought out the partner, and by 1902, Plaisted wrote, Redington and Company was “one of the largest in its line in the State.”

The business was in a “fine block” Redington built in 1893 on Silver Street, and by 1902 had “overflowed into an adjoining block.” 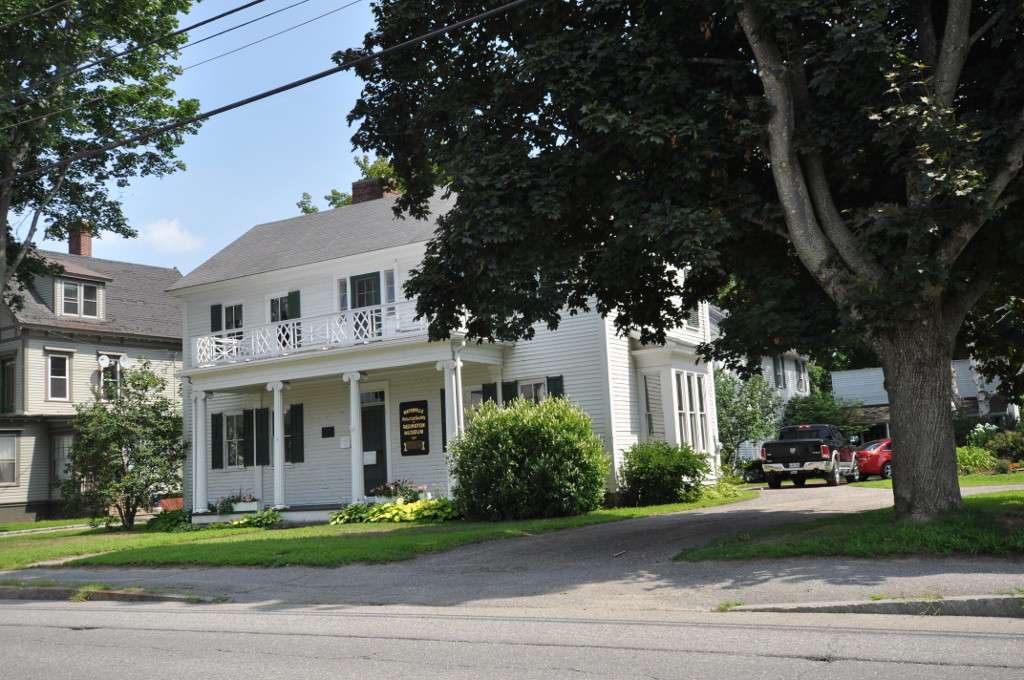 Like his father, Frank Redington was active in civic affairs. Plaisted wrote that he headed the Waterville Board of Trade from 1895 to 1901; on-line sources say he was mayor of Waterville in 1909.

William Abbott Smith described the centennial celebration for Whittemore’s history, including the June 23, 1902, dedication of the new city hall, at which Redington presided. He wrote: “Probably no man in Waterville has been more industrious and influential in arousing the citizens to the need and advantages of a new City Hall than Mr. Frank Redington, ex-president of the Waterville Board of Trade, and every one recognized the appropriateness of the selection of him as presiding officer at the dedication of the building which he had labored so faithfully to procure.”

Plaisted credited Redington with a role in the “building of the Waterville, Wiscasset and Farmington Railroad” (in 1895; or its extension northwest to Winslow in 1898 or 1899?) He was the WW&F’s president for two years, Plaisted wrote.

(See the Sept. 17, 2020, issue of The Town Line and the WW&F museum’s website, wwfry.org, for more information on the railroad, though not on Redington’s alleged connection with it.)

Wikipedia says Redington was instrumental in construction of two other major buildings, the federal post office at Main and Elm streets in 1911 and Gilman Street high school in 1912.

He was also a public library trustee; vice-president of the corporation organized in 1899 to support the R. B. Hall Band; and, Plaisted wrote, after 1885 on the committee that managed Pine Grove Cemetery. He is buried there with his parents, his widow and her parents and other Redington family members.

According to Wikipedia, Frank Redington was in poor health for a long time before he was found dead in his Silver Street furniture store on Feb. 14, 1923, “by a gun wound to his head, reported as self-inflicted.”

And finally a few words about Rev. Edwin Carey Whittemore (April 29, 1858 – Nov. 1, 1932), chairman of the editorial board of the Waterville history. Rev. George Dana Boardman Pepper’s chapter on “The pulpit of Waterville” – a chapter Whittemore must surely have proofread and approved – says he was born in Dexter, son of Isaac and Elizabeth (Hatch) Whittemore.

Pepper wrote that Whittemore went from Dexter High School to Coburn Classical Institute, in Waterville, graduating in 1875; to Colby College, class of 1879; and to Newton Theological Institution in Massachusetts, graduating in 1882. He served in Baptist churches in New Boston, New Hampshire, and Auburn and Damariscotta, Maine, before coming to Waterville’s First Baptist Church in 1899.

On an on-line list of Waterville Baptist pastors, Whittemore is the only one between 1829 and 1920 for whom the list does not give the date he left the pulpit. His predecessor, Isaac B. LeClaire, served from 1887 to 1892, leaving a seven-year gap (with no permanent pastor?) before Whittemore took over in 1899; his successor, Frank Sherman Hartley, served from 1909 to 1912.

In addition to editing the Waterville bicentennial history, Whittemore wrote books on the history of Maine Baptists (at both state and local levels), Coburn Classical Institute and Colby College. From 1905 through 1909, he was on the executive committee of the Interdenominational Commission of Maine (created in 1890 and made a permanent organization in 1892).

The 1919 American Baptist Year-Book lists E. C. Whittemore, of Waterville, as the education secretary for the United Baptist Convention of Maine. For his ability in the pulpit and his activities at the state level, Pepper called him “among the foremost Baptist ministers of Maine.”

A 1929 newspaper clipping describes Skowhegan Baptist pastor Dr. George Merriam being honored for 25 years of service at Bethany Baptist Church. One of the speakers paying tribute was Dr. E. C. Whittemore of Waterville, identified as “a college class-mate at Colby and a friend of more than 50 years standing.”