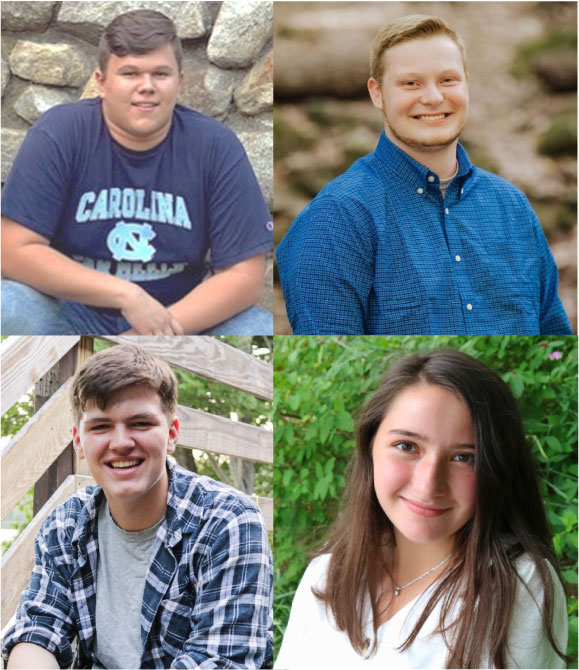 The Vassalboro Business Association has announced the recipients of its four $500 scholarships. Much of this money was raised by Freddie’s Cruise in, an annual event organized by Bill and Roxanne Pullen.

The winners are Cole Jefferson Leclerc, Adam Bonenfant, and Benjamin Reed, all from Erskine Academy, in South China, and Lily Roy who attended Waterville High School.

Cole Jefferson Leclerc plans to study business at Thomas College, in Waterville, and graduate early with an accelerated program. He loves to play baseball, has volunteered helping other athletes learn and improve their games. Much of his volunteer tasks were with the Future Business Leaders of America.

Lily Roy plans to major in graphic design or marketing. She has worked as a Junior Church teacher assistant for the last two years. She also helped with Red Cross blood drives and helped serve food at the homeless shelter.

Benjamin Reed will attend the University of Southern Maine, in Gorham, and study Behavioral Sciences with a concentration in Counseling. His community service was as a Junior Camp Counselor. He served on the student council and as a student ambassador.