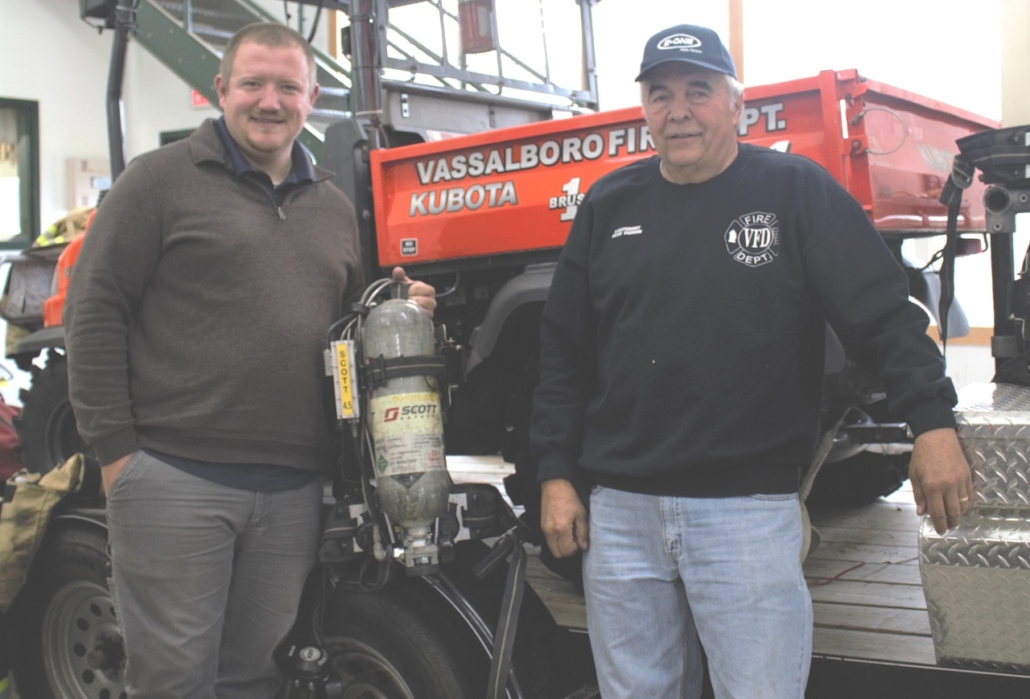 Rural volunteer fire departments regularly come to the mutual aid of other neighboring rural volunteer fire departments to team up to combat larger structural fires. As an example of ‘mutual aid’ – Mike Vashon, vice president and board of director member of the Vassalboro Fire Department, told us how their 3,000 water-tank truck had been called to assist other towns because rural towns without hydrants need additional water quickly at the site of fires. Now the Vassalboro Fire Department needs mutual aid from the region to get the word out about their fundraising efforts to purchase life-saving equipment for their fire fighters. 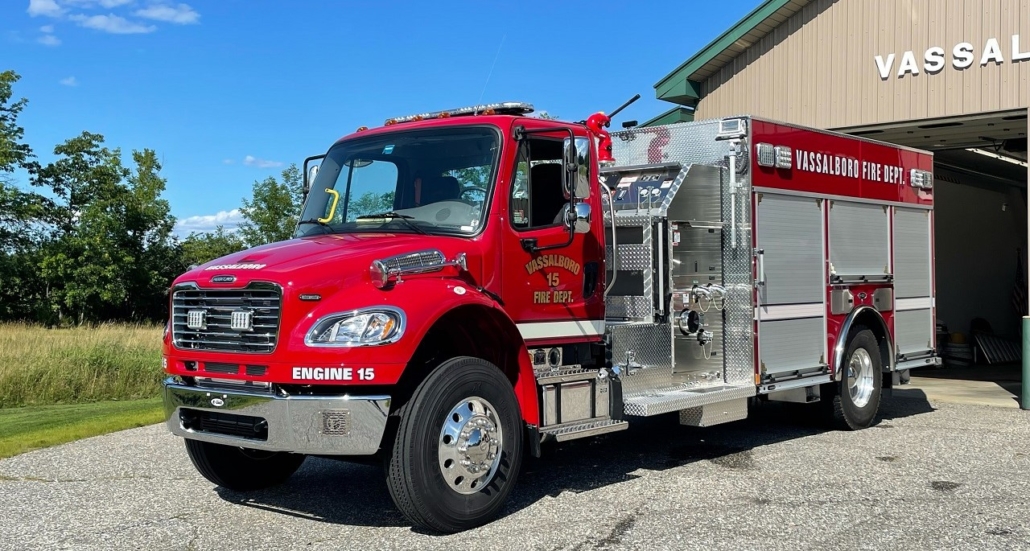 The Vassalboro Fire Department must replace 20 outdated SCBA (self-contained breathing apparatus) Paks which are no longer compliant with the National Fire Protection Association (NFPA) standards. Each SCBA unit; including a mask, backpack harness and two cylinders costs $8,165 each, totaling $163,300 for the 20 units.

The department’s existing SCBA Paks lack the current technological advances such as universal air connections, heads up display, buddy breathing systems or the advanced safety features found on the up-to-date equipment. One unit failed in operation on a fire call. Fortunately, this did not happen within a structural fire, but at a chimney fire. The firefighter was quickly relieved by the standby firefighter as soon as the malfunction was discovered.

Fire chief Walker Thompson has taken six 1992 SCBA out of service because of the unreliability of this equipment’s current condition and the remaining equipment is tested yearly. The cost of repairing and retrofitting the equipment to the NFPA standards is prohibitive. Vashon mentioned he had applied twice for a FEMA grant to replace the SCBA equipment. Both times, FEMA replied back that the grants went to fire departments with higher call numbers who could score higher on their grant applications. Vashon said their department answered 175 calls in 2020 and feels that using the number of calls to determine which department gets the FEMA grants puts the rural fire departments in a disadvantaged position as compared to the departments in an urban area. Many of the 175 calls for the Vassalboro Fire Department may have represented a potential home loss and put firefighters in the same danger if they were in an urban area. For this reason, the NFPA requires high standards on SCBA equipment for all fire departments, regardless of whether they are located in urban or rural areas. The risk the firefighters face is the same. 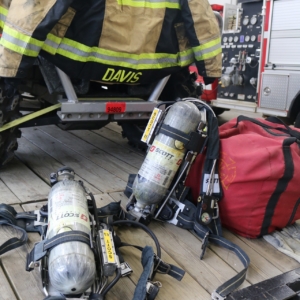 Vashon explains, “The self-contained breathing apparatus has a harness that goes on your back. So when you’re going to a structure fire, you have a mask that connects to a tank and that’s the air you breathe. When you’re going to a smoky building of fire, even chimney fires and motor vehicle fires. Because in today’s environment, when this burns, this is not just wood. This is compressed wood with all kinds of glues and whatnot in there. These are all carcinogens that you would breathe in and could later turn into cancer.”

Vashon went on to explain the importance of having SCBA with the current safety features that alert the firefighters when the equipment is malfunctioning. Following procedures, standby firefighters are posted outside the structure to take over to relieve firefighters on the inside when these alerts go off.

When asked how the Vassalboro Fire Department planned to raise funds for the $163,300, Thompson and Vashon described their fundraising team as a small core group of their volunteers led by Vashon. Thompson described Vashon as “the engine for this train.” This small group of fundraisers has begun making personal calls to residents and business owners, not just in Vassalboro, but also through the region. They realize times are hard, and they need to reach beyond their town’s borders.

This small fundraising team has had recent experience raising $72,000 for the first payment on a $334,000 fire truck to replace a 39-year-old vehicle. The Vassalboro Fire Department feared the previous vehicle had aged to the point it could have broken down on a call.

The new fire vehicle, Truck 15, was delivered July 28, 2021, and resides at the Riverside Fire Station. Truck 15 is on a freightliner chassis with a 1,000 gallon water tank and a separate 30 gallon foam tank. Truck 15 features a top mount console which provides the capability to control all discharges while standing behind the cab allowing the pump operator to view both sides of the truck and a better view of the scene. It has 11 storage compartments to house all of the equipment and a compartment within the body to hold the extension ladder, roof and attic ladders as well as pike poles. This allows all equipment to be kept clean.

Vashon’s fundraising team feels good about being able to help out the town with the expense of Truck 15. Now the fundraising team from the Vassalboro Fire Department is turning its attention to generating funds for 20 SCBA units that are essential to protecting the lives of their volunteers and to keeping the department up to NFPA standards so they can continue to protect the residents of their town. They want to remind potential donors that their department is a 501c(3) non-profit and donations are tax-deductible. For additional information reach out to Mike Vashon at 207-485-7740 or Walker Thompson at 207-649-1236. Checks are payable to Vassalboro Fire Department, PO Box 134, North Vassalboro, ME 04962.