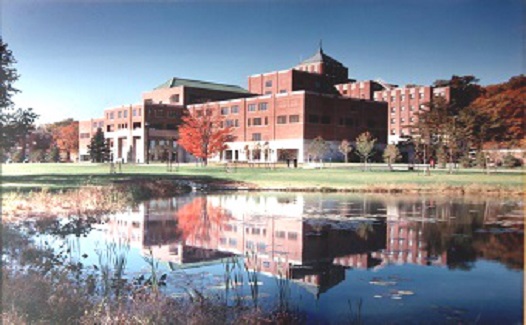 I will pull myself away from partisan things and devote this article to veterans’ issues in tidbit fashion. The reason being there are many veterans issues in the fire currently. The upfront question that veterans seem to have as well as Social Security recipients is, “Will we receive the (COLA) Cost of Living Benefit this year and, if so, how much will we receive?”

For those of you who are unaware, this allocation of money comes once a year in December. It can be anywhere from 0 to 4 percent (historically speaking). With President Trump being under the gun from all sides, it’s hard to say. Where it is near an election year and veterans being extremely active at the polls you would summarize that a COLA would be given and is fairly substantial. However, not much has been said about this award as of yet. It is still a little early to predict. Usually Social Security is the first to hear. Some don’t know that the VA appropriation is the same as that which is awarded to Social Security. That is as far as that relationship goes.

There are thousands of veterans who spend their winters in Southeast Asia. There is news coming from that area, some which needs to be addressed. Examples are the following: VA in Manila will no longer process clothing allowance claims for those who damage clothing because of service connected disabilities. The same applies to durable medical equipment, glasses, hearing aids, etc. If the item or items are needed for VA rated Service Connected Conditions then they could be reimbursed through the Foreign Medical Program (FMP). If you need further help with these issues contact Daniel Gutkoski, VA medical clinic manager at Daniel.gutkoski2@va.gov. FYI: there is still an open door/walk-in relationship on Monday – Friday from 8 a.m. to 1 p.m..

On a local level, the Fisher House is basically completed and should advertise an open house soon. As far as the house itself is concerned most of my followers and others know my personal feeling regarding that project. The building, which will house guests, in my opinion was built in the wrong place. It is lovely building but is situated in front of building 200 which houses handicapped parking which has always been “an accident looking for a place to happen.” Emergency is just around the corner from said facility and its parking abuts the handicap parking. So, there will be disabled vets backing into guests. There were many solutions Mr. Lilly could have entertained but like always, he didn’t give the project any thought. I checked with the state land use people regarding wet zones and permits necessary to build on such, but no such authorization was given.

We all enjoy the pond that abuts this building. Canada Geese, Coots and other wildlife enjoy that habitat as well as veterans and their families. Director Ryan Lilly, recently promoted to regional director, could have used many other venues for this much wanted and needed facility. One that comes to mind is a drive which would have the occupants of the Fisher House parking in the rear of the house, thus avoiding congestion, and hazardous possibilities, which could result in lawsuits as well as being cosmetically more pleasing. When I questioned the thought that went into this project the answer I received was a grant with walking distance stipulations. In my opinion anything within 50 yards would be considered walking distance. If they had backed the building up 50 feet it wouldn’t have a problem as long as wet land zoning was respected.

We now have beautiful signs giving directions but the roads are full of dangerous pot holes. Also the sidewalks have many hazards for wheelchair and crutch burdened veterans. Some of the doorways are not wheelchair friendly/compliant, even by state and federal guidelines. Having grants given to the VA is a wonderful thing but they should not have personal stipulations attached which are not negotiable, or are they? The drop off point at Building 200 has become a serious problem at times where people are allowed to park on both sides of the entryway thus causing a bottle neck which even the police don’t seem to be able to control.

The shortage of medical personnel is unacceptable. There are hundreds of thousands of trained medical professionals trying to get into this country on working visas but we are too tied up in politics and border wars. The politicians are saying that the veterans are in a great position at this time because if they have to wait more than 30 days they can request to go outside. Some of that is good but it is a temporary political fix. An example that I would give from positive information is dental teeth trays, VA cost is less than $100, but the cost at an outside dentist is $620. Another is spinal surgery, say L4-5 with implants, performed by VA, three to four hours of time and a possible cost of less than $20,000, where the same surgery done outside, with no complications runs nearly $100,000. How far does a budget go?

All this while we add a few new floors to the VA facility. We need all this but it must be intelligently proportioned and managed. VA needs so much equipment which really needs to go to non-functioning departments or at least minimally functioning departments, such as Neurology, a department in high demand now that baby boomers are here by the thousands.

Regarding people who can’t sign: I am personally against the stamp application. Working with disabled vets I find almost none who can’t pen their name in one way or another. If they can’t they most likely haven’t the ability to do so anymore and should not be voting any way. In the remote chance that a person can’t make their mark then the poles should have “volunteers” to help and the person should be known.

Keep the information coming and we will do our best to answer and get it out to those who are suppose to care about we veterans.

God be with you during the upcoming holiday seasons. Be careful and do your part for your countrymen and women. The future of our children and grand children depends on educated decisions. God Bless.