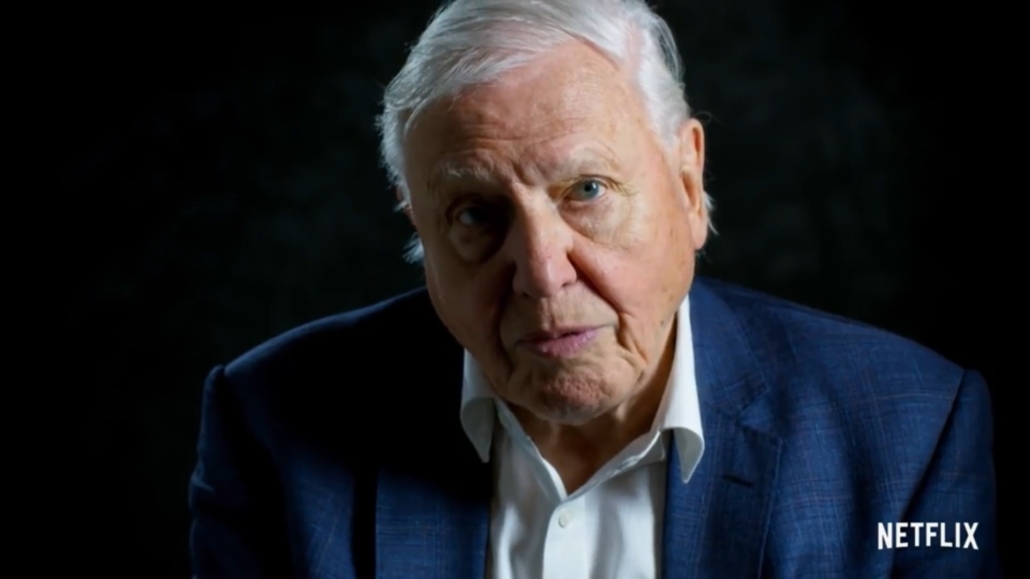 David Attenborough in the documentary, “Life on Our Planet”

A Maine resolution to take action on climate pollution

If you need an introduction to climate change or an update on the state of our planet, David Attenborough’s recent documentary, A Life on Our Planet, is a good place to start. After 93 years of work as a British broadcaster, writer, and naturalist visiting every continent on the globe and exploring its wildest places, Attenborough has seen the results of global warming first hand. He contends, “Real success [at reversing the impact of pollution] can only come if there is a change in our societies, and in our economics, and in our politics.”

Palermo town residents will have an opportunity to join others on the path of sustainability and carbon reduction in March at town meeting. An article has been introduced by Maine citizens at dozens of Maine municipalities intending to show support for federal legislation that will reduce carbon pollution – a major cause of climate change. The Maine Resolution to Take Action on Climate Pollution “calls upon our State and Federal elected representatives to enact legislation that will protect Maine from the costs and environmental risks of continued climate inaction.” This article is not a proposed bill; it is communication tool to instigate action. It communicates that the residents of Palermo favor a fee and dividend approach that charges fossil fuel producers for their carbon pollution and rebates the money collected to all residents on an equal basis. Enacting a Carbon Cash-Back program decreases long-term fossil-fuel dependence, aids in the economic transition to renewable energy, and keeps local energy dollars in Maine’s economy. Carbon Cash-back has been championed by US economists (Jan. 17, 2019, Wall Street Journal) as the most effective and fair way to deliver rapid reductions in harmful carbon emissions at the scale required for our safety and to support our environment.

Carbon Cash-back is a proposed climate solution that would place a fee on fossil fuel production and imports at their source (mine, refinery, pipeline, or port of entry). Money collected from this fee would be returned to every citizen equally as a dividend, to put a price on carbon pollution from fossil fuels and return funds from collected fees to all US households monthly, off-setting the potential increase in pricing. As stated in the article, voting for it will spark “our representatives to lead in this critical moment for the health and well-being of our citizens and for the protection of Maine’s natural resources upon which we all rely.” More information is provided on the Town of Palermo website and at the town office.

There are many attitudes people can adopt on the issue of climate change. We might think:

To what degree do people understand that global warming is happening, human-caused, and a serious risk for human societies and natural ecosystems? According to a study fielded in December 2020 by the Yale Program on Climate Change, Americans who think global warming is happening outnumber those who think it is not by a ratio of more than five to one. More than half of Americans (58 percent) understand that evidence indicates global warming is mostly human-caused, although three in ten think global warming is due mostly to natural changes in the environment. The study also states that one in four Americans are “very worried,” however 41 percent feel helpless about creating change. But experts say we can make a difference, if we act now.

David Attenborough’s A Life on Our Planet details humanity’s impact on the natural world and the devastating changes he has witnessed. Alarming as this film is in its scope and documentation, his reckoning concludes with a message of hope. “Although we are often blinkered by the needs of here and now, we have a path to sustainability. If enough people can see the path, we may start down it in time.”