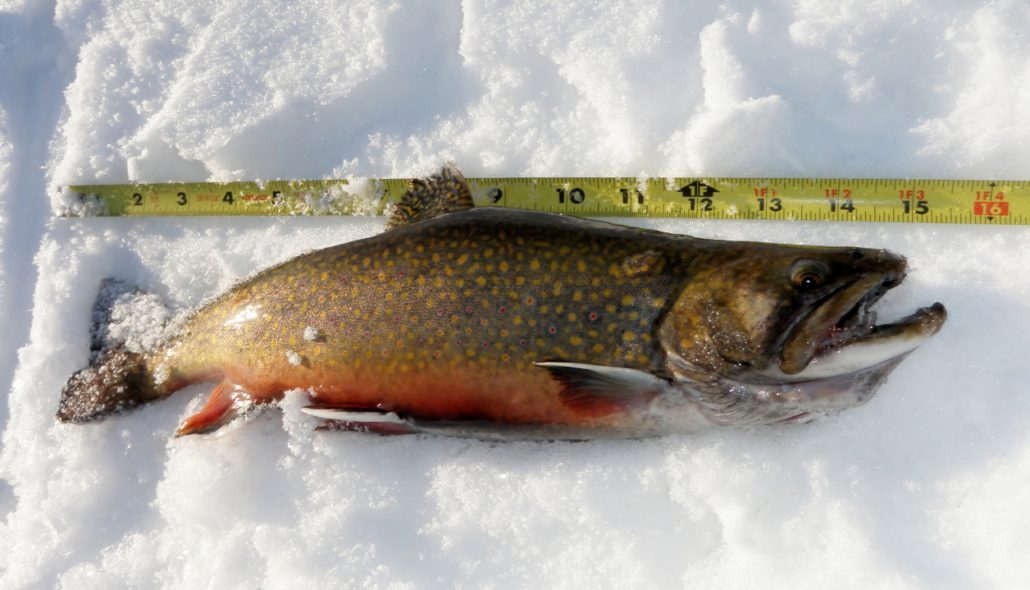 Ice fishing on Webber Pond can be really good, particularly in January and March. I’ve learned a few things over the years and I’d like to pass them on.

Usually, fish are most active just after the ice forms and in March as the snow melts, bringing oxygenated water into the pond. February can be slow. 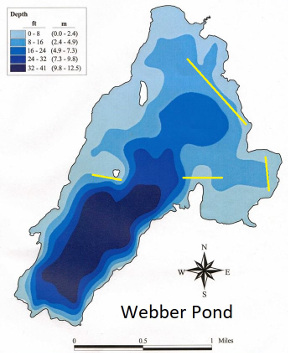 The yellow lines indicate prime ice fishing spots on Webber Pond right after ice in and in March. Illustration courtesy of Frank Richard

When a lake is frozen, the wind can’t oxygenate the water. By late January, in a relatively shallow, mostly clay bottomed lake like Webber, there is often very little oxygen left in water that is deeper than 15 feet. Without oxygen, fish are not moving around much or feeding aggressively.

They will seek relatively warmer water with higher levels of oxygen. Locations may vary according to differences in individual years. However, generally the optimum seems to be about 8 feet for bass and crappies; about 4 feet for stocked trout.

Either jigging or tip ups will produce fish. I prefer to jig when I am alone. I like tip ups better when I am fishing with friends. Waiting for flags is a great time to socialize.

With tip ups, I think it is easiest to set the bait about 18 inches under the ice. In water as shallow as eight feet, fish will come up to it from where ever they may be located in the water column.

To go with the article, I have prepared a map and drawn yellow lines to indicate good places. Over the years, I have had my best results off Birch Point. However, the area off the Green Valley Campground has also been productive recently.

Stocked trout may be caught in shallow areas all over the lake. However, by far, the best trout hole is the “Two Rocks” area on the northern shore. Also, I have been told that there is a spring near Church Island. If anyone ever gets an exact location, it will be extremely productive because of the highly oxygenated water. 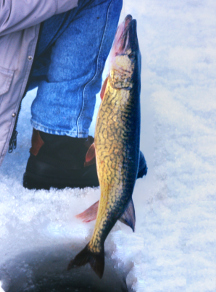 Please practice catch and release on bass weighing more than three pounds. Large fish play a very important role in promoting the overall health of the total fishery. If the hook is deep, simply cutting the line is far safer for the fish than trying to disgorge a hook that is embedded deep down.

I believe the size of bass taken through ice has increased significantly compared to 20 years ago. I suspect it is because of the additional forage provided by juvenile alewives during the summer.

Crappies have also evolved as a popular fish on Webber, both through the ice and open water. They came down Seaward Mills Stream from Three Mile Pond and then proliferated. They were evidently not illegally introduced by a self-appointed bucket biologist. They did not come up the fish ladder from Seven Mile Stream.

Good fishing. And enjoy the winter.

Frank Rich­ards is president of the Webber Pond Asso­ciation. 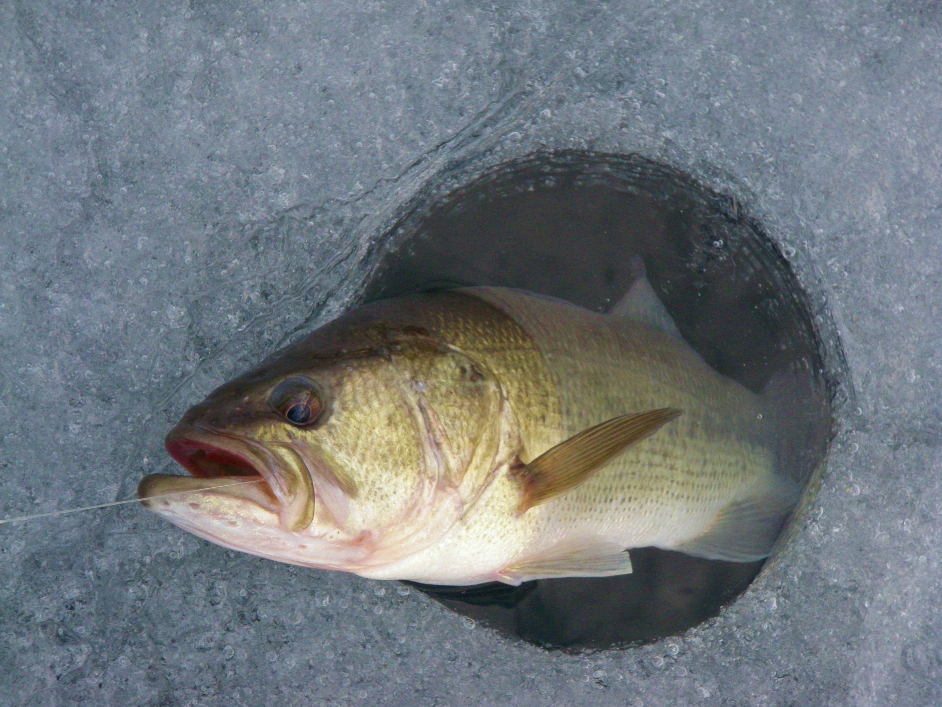 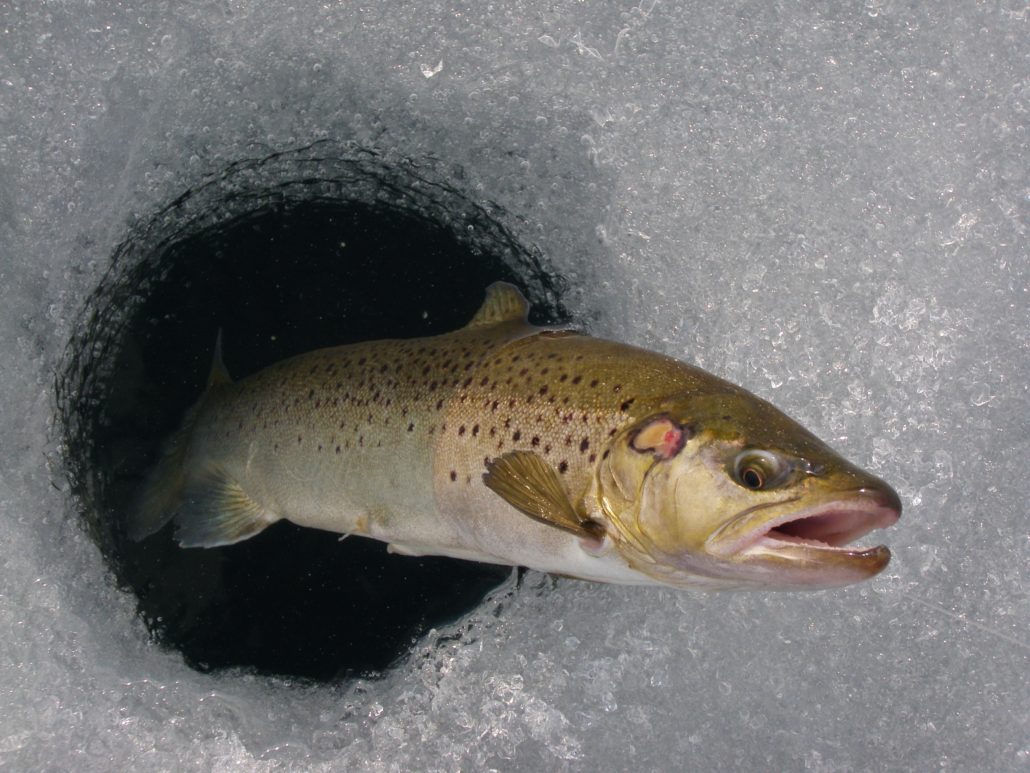