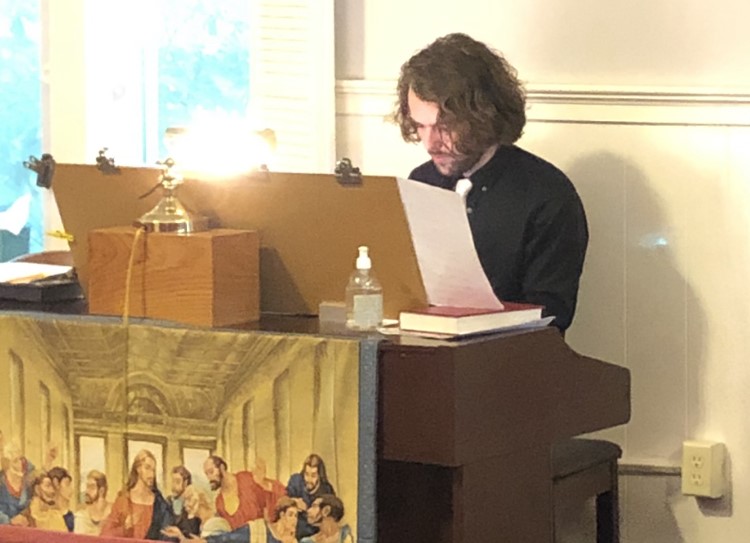 The South China Community Church has chosen Ian Maxwell, a local South China resident and recent graduate of Eastern University, to be their new director of music. Maxwell will be replacing Chris Faris, who previously held the position for the last 29 years.

“The choir is very excited to be working with Ian, who is challenging them with some difficult pieces that require more than just one rehearsal to learn,” said Janet Preston, an elder in charge of worship music at the church and part of the team that selected Maxwell for the position. “Ian was the obvious choice to succeed our previous ‘Minister of Music,’ Chris Faris. He and his family have been active members of South China Community Church since Ian was very young. Ian started playing piano as a child and quickly impressed his teacher (Muriel Desrosier of Winslow) with his talent and potential.”

Among the responsibilities of the church music director is to choose, along with the worship chair and pastor, the hymns used during church services and by the choir, and to accompany them on piano, as well as directing rehearsals for the choir during the week.

“South China Community Church is the church I grew up in,” said Ian Maxwell, “so it’s an honor to be able to take a leadership position there. I intend to use the talents I was given to assist the church in worship, and to tackle fulfilling and beautiful music with our choir. I’m very excited about what the future will bring.”

Maxwell graduated from Eastern University, in St. Davids, Pennsylvania, in the spring of 2021 with a degree in General Music and a concentration in Piano, his primary instrument. 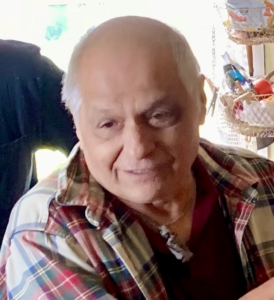 The previous director, Chris Faris, was a prolific composer and has written more than 100 songs to be used during church services. Preston was worried those songs would be lost with the appointment of a new music director. “Not so,” she said. “One of Ian’s first choices was one of Chris’ pieces. The choir was thrilled and even sent a recording of themselves singing it to Chris, who was delighted as well.”

Faris often wrote pieces about themes that were important to individual members of the congregation. “He wrote a beautiful song about fairness for my daughter, Beth,” Preston said. She hopes to help publish a book of Faris’ compositions in the near future.

Besides serving as music director for the church and writing original songs, Faris was also a chef and created elaborate soup suppers for the congregation that were held before church events. “He was much more than simply our pianist, earning the title of ‘Minister of Music,’” said Preston. “We so appreciate his many years of service to South China Community Church.”

Not long after returning to China after graduation, Maxwell approached Faris and Preston about creating a second choir. “Chris saw this as an opportunity to retire and leave the choir in good hands,” said Preston. “Things fell into place very quickly. It was a win-win situation. We were very fortunate that Ian was eager and willing!”

Preston hopes that Maxwell’s youth and energy will attract new people to join the church choir. “He is a young, dynamic, and creative director with a great sense of humor and a hugely positive attitude,” she said. “It is so much fun to sing with/for him! All are welcome to stop in Wednesday evenings at 7:30 (for choir rehearsal) at South China Community Church on Village Street (across from the South China Library).”

The South China Community Church holds rehearsals for the choir at 7:30 p.m., on Wednesdays, and worship services at 10 a.m., on Sundays.