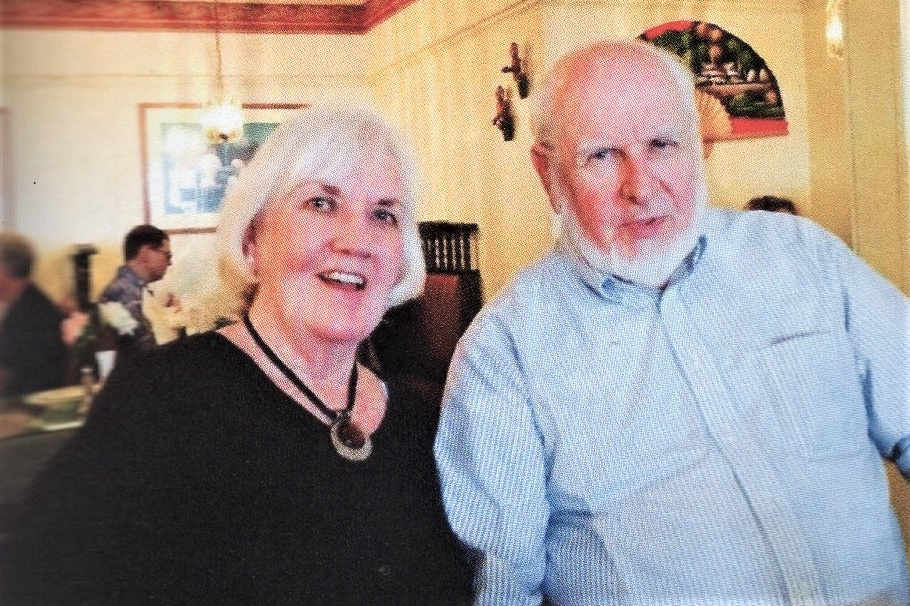 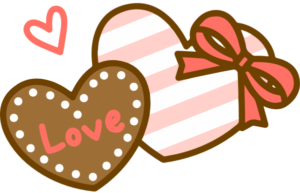 When I popped over to the China Baptist Church to ask Pastor Ron Morrell if he was willing to do an interview, there he was having lunch with his wife Linda in his book-filled office, enjoying each others’ company and taking a pause on a busy day to be together. That scene alone spoke volumes. The three of us sat down for an interview two days later to hear about their journey of a 58-year marriage and what they felt makes it successful.

Ron and Linda’s journey began when they met at Owosso College, a small Christian college in Owosso, Michigan. Linda says, “The girls were whispering because here’s a guy from California with dark curly hair and a little red ‘sporty’ car.” Ron added it was a red 1959 Studebaker and not exactly a sports car.

They met in November 1963. They were with a group of students who gathered to play parlor games. That evening the game was Password. Linda was seated on the floor near Ron’s chair as it was an informal setting. At one point, Linda nudged Ron’s leg in a friendly way and said he must be cheating since he was doing so well. She got Ron’s attention because he remembers it vividly.

After that evening, Linda surmises other people finagled to bring them together. She waitressed in the dining hall and somehow Ron always was seated at her table. It didn’t take long for a spark to develop and they started dating. On New Year’s Day, 1964, Ron asked Linda to marry him. Ron’s father officiated the ceremony on August 21, 1964.

When asked how they knew they had the right type of love for a strong marriage, Linda confidently said, “You marry your best friend. That’s what it’s all about, and yes, he still is my best friend.”

Money was tight for the young couple. Ron continued his classes at Owosso College and worked for Montgomery Ward in the electrical and paint departments. Linda worked multiple jobs as a nurses’ aid at Riverview Hospital and in factories assembling electrical motors and making sandpaper.

The next year, they decided to move closer to Ron’s family in San Fernando, California. They rented a four-by-six U-Haul trailer and towed it with their 1963 Chevrolet Corvair all the way from Michigan to California. They enrolled in Azusa Pacific University. Ron got rehired on with Montgomery Ward, held a job on campus as coordinator of public information and as a printer for Air Cold Sales to pay for tuition and their living expenses. 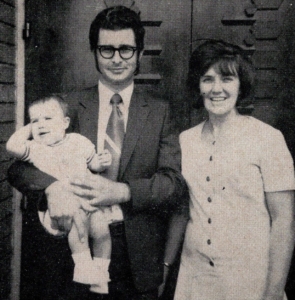 With a degree in hand and experience at other churches, Ron became a youth pastor at Bell Friends Church, in Bell, California. Linda worked at the Los Angeles county probation Department in East Los Angeles. They welcomed Ron Jr., their first child, into the world on January 2, 1970.

In 1971, Ron received a challenging position at Pico Rivera Friends Church as pastor and to oversee the building of their new church. The congregation was primarily Hispanic with many of the older members speaking only Spanish, so services were regularly translated. Ron explained, “We had a little side room, like a nursery with a glass window and somebody would translate the sermon.”

At this time Linda also began a challenge of working while going back to college at Cal State LA. Linda was working on a degree in corrections with plans of becoming a probation officer. At night she worked at Los Padrinos juvenile hall in Downey, California. 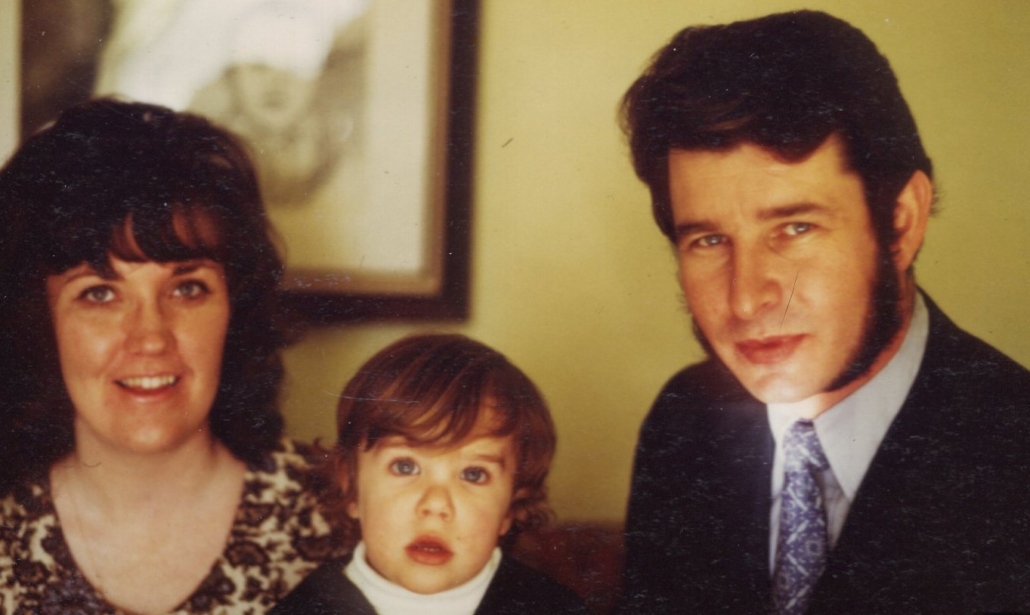 Linda and Ron Morrell and son.

Ron and Linda kept this pace up for nine years. He had raised the money and acted as the general contractor for the building. The church was built and it was time for a change.

From 1980 to 1983, Ron was the Minister of Christian Education for Whittier First Friends Church, which is a campus church for Whittier College, in Whittier, California. 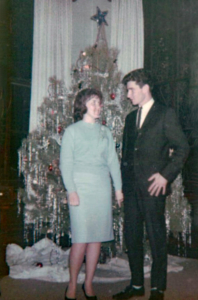 Linda and Ron Morrell as a young couple.

They were also looking for a bigger, geographical change as well. Dear friends of theirs, Lee and Ann Austin, had recently sold their home in California to move to a town called China, Maine. In March 1980, Ron went out to Maine to visit the Austins.

Ron said, “It was March and I was never so cold in all my life. We spent Saturday night at Myrtle and Ralph Austin’s house, in South China, and they had a big cook stove. That’s the house that Ron Maxwell lives in now. There were beans and cinnamon rolls on the stove. I sat in the corner, warming my feet on the stove and decided then that Maine was the place.”

History shows that Linda agreed. Ron and Linda took a leap of faith that moving their family across the entire continent would be a good future. They have been in China, Maine for nearly 40 years in which time they raised three children, welcomed five grandchildren and guided the many members of China Baptist Church. Ron and Linda have shown us that there are many leaps of faith in every marriage and it is best to take those leaps with your best friend, as Linda has advised us.

In his roles as Pastor, Ron has counseled couples on what makes a strong marriage. Here are some of his words of wisdom on the subject:

Good advice from a couple married for 58 years.