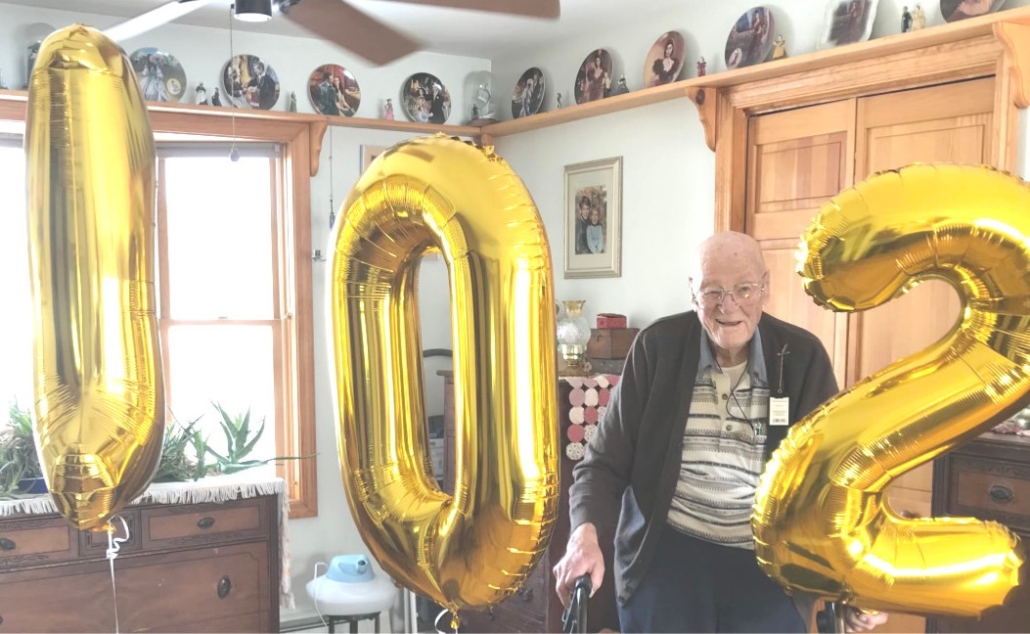 Charlie Kent, of Benton, at his 102nd birthday. (contributed photo)

“Fifteen two, fifteen four, fifteen six, a double run for sixteen and right jack for seventeen.” What is this you ask? It’s how Charles Kent, of Benton, celebrated his 102nd birthday—winning many cribbage games against various family members. 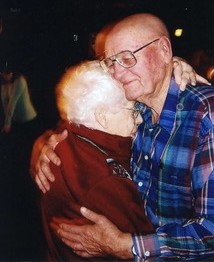 Charlie enjoying a dance with his beloved Nina, who shared 65 years of marriage. (contributed photo)

Another talent he has shared with his children is his love of dancing. He met Nina Bailey, the love of his life, on a dance floor and they danced throughout their 65-plus years of marriage. They could really “cut up the rug” dancing the Charleston, a popular dance during the roaring ‘20s. As master and Ceres, respectively, of Benton Grange for years, Charlie and Nina ran public Saturday night dances. Line dances like the Boston Fancy and Haymakers Gig were favorites, but none could take front and center when Charlie and Nina floated across the floor dancing the elegant Viennese waltz.

Charlie was born during a pandemic, has lived through major agricultural, industrial and societal changes and is now enduring another pandemic. The pop-up toaster, short wave radios, and arc welders were invented in 1919 and Woodrow Wilson was his president. From tilling the land with horses to the use of GPS systems on tractors to plant and harvest huge crops, Charlie has witnessed how technology has changed the efficiency and economics of farming. 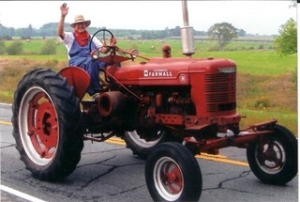 Charlie never really retired from 25 years of dairy farming 100 acres of land and milking 80 head of cattle, as he continued selling hay for another ten years and now assists his youngest son, Dennis, with his hay business by baling every summer, including last summer, and repairing machinery. This is all after working 14 years as a diesel locomotive mechanic in the piping department for the Central Maine Railroad (CMR). When laid off from the CMR in the 1940s he worked in the Fairfield Woolen Mill.

Early in his work career he was a butcher and ran a meat cart, drove a milk truck for $2/day, pumped 10 gallons gas/$1, worked in the woods and for a man with a portable saw mill, and sold wood for $6/cord, worked in a candy factory, picked potatoes and served as Benton Methodist Church janitor, among other odd jobs.

Few towns have had the good fortune of having such a dedicated servant as Charles is to his beloved town of Benton. One of his many contributions to the town include serving as its first selectman for 28 years (assuming the role of overseer of the poor and road commissioner many of these years). During this tenure he established and chaired the town planning board and was a member of the town budget committee.

Among his major accomplishments include initiating construction of the eight-room elementary school with gymnasium in 1957, for $95,000, including donations of land, time, equipment and money; replacing 14 wells in 1973 by hooking up a public water line from China Lake to the town with $28,000 of state funding; securing a $100,000 grant and a $100,000 FHA loan when needed to install secondary lines to the main sewer connector lines to complete secondary sewer lines enabling Benton to join the Kennebec Sanitary Treatment District; constructing a salt and sand shed; building a new town hall.

His representation on the Farm Bureau and Maine Municipal Association legislative committees while serving two years in the 101st Maine Legislature as the welfare committee chairman benefitted the townships of Albion, Benton, Clinton, Sidney and Unity greatly. He is proud to have received the Boston Post Gold Cane as the oldest resident in the town of Benton in 2011, and was presented an honorary Lawrence High School diploma in 2015. Other awards include 1995 Ethel Kelly Memorial Committee Award and the 1971 Maine State Grange Farm Family of the Year. Not bad for a young fella with an eighth grade education.

If anyone has a little time on their hands, stop by and challenge Charlie in a friendly game of cribbage. Hint, hint — better check your counting skills before you come. :-) If cribbage is not your game, he’ll challenge you to a game of horseshoes or shuffleboard. (Don’t plan on winning those, either. Ha! Ha!) 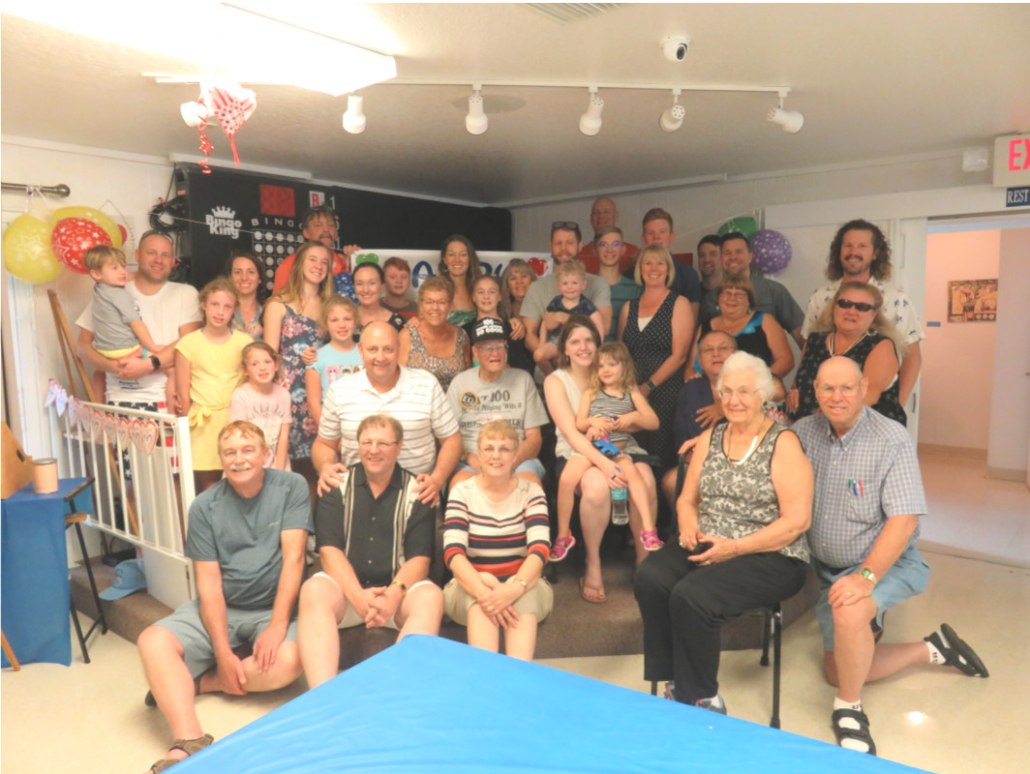 Charlie’s extended family on the occasion of his 100th birthday. (contributed photos)