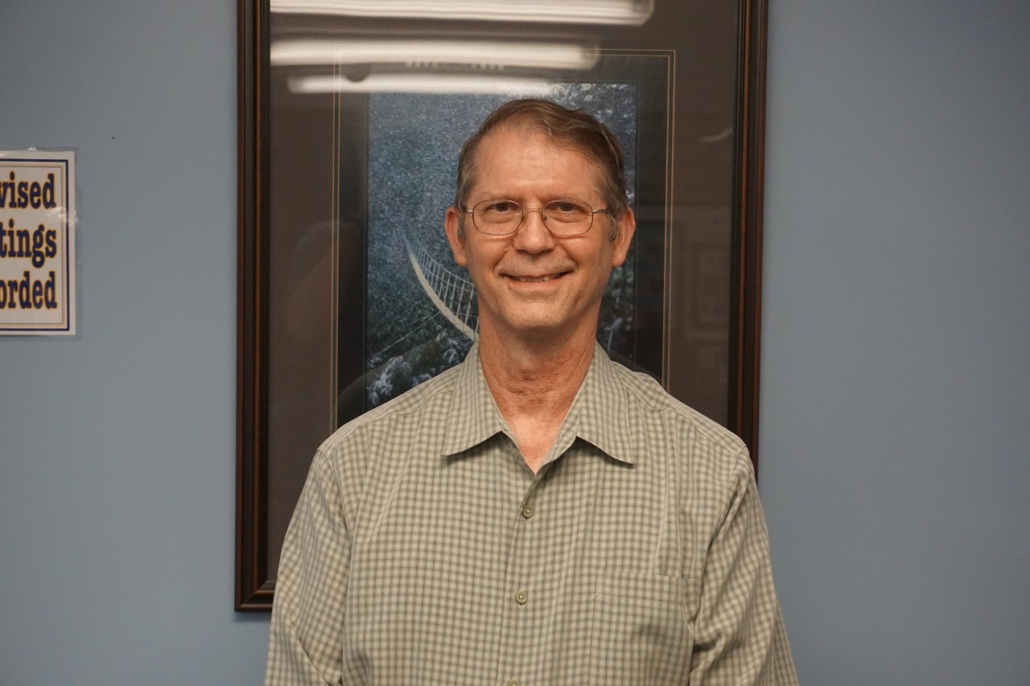 “Above all, I hope the people of China have an optimistic outlook about the future,” said Dennis Heath, who is resigning from his position as manager for the town of China this week. “With Becky [Hapgood] stepping up as town manager they have nothing to fear.”

Heath was hired as China’s town manager in June 2018 when Daniel L’Heureux retired from the position after 22 years. Current town clerk, Becky Hapgood, has been chosen by the selectboard to succeed Heath as the new town manager.

In a few weeks, Heath and his wife, Mary, will be returning to Oklahoma to care for their aging parents. Leaving Maine was not an easy decision. “I’ve enjoyed my time here,” he said. “Mary and I are not happy about leaving. We came primarily because of our grandkids being here, so that means we’ll be leaving our grandchildren.” Heath and his wife currently own a home on Cross Road, in China, and attend China Baptist Church where Heath has occasionally taken on pastoral duties. “We’ve become very close with them,” he says of the church community. “Leaving them is leaving family.”

Their return to Oklahoma was prompted by the failing health of Heath’s mother and the need to live closer to both their parents as they age. “We made a commitment decades ago to our parents that we would be the ones to look after them when the time came,” he said, “and that time has come.”

During his tenure at the China town office, Heath has tried to decentralize authority and empower the managers below him. “I believe that it’s the responsibility of a senior leader to develop the people that are beneath him so that if something were to happen to him, he could step away or – God forbid – expire, and you don’t skip a beat,” he said. “That was primarily why, upon my arrival, I called together the department heads [and] I pushed authority out to them instead of consolidating it. It’s dangerous when you consolidate authority in one person.”

Following this philosophy, he has required that each department head create their own budget. Because of that “they have a lot more understanding about decisions that are made by the budget committee, by the selectboard, [and] by the townspeople, in terms of the amount of money that’s allocated. It’s better for them, and I think it’s better for the community.”

Not everything has gone smoothly during Heath’s two years as town manager. During his first year, controversy erupted over the paying of “stipends” to the town’s volunteer fire departments. “I was a little disappointed that it ratcheted up the way it did,” Heath reflected.

The issue was over the legality of how money was being given to the fire departments, and was eventually solved by including the monetary gift as a different line item in the town’s budget.

“I can understand the point of view of the fire departments,” he said. “They’ve been independently incorporated since their beginning, and they don’t want to lose that identity. At the same time, the elected officials and the officers of the town have the legal responsibility to protect the taxpayers and make sure everything is done within the law…If the townspeople want to give money to the fire departments to help them pay stipends, then there’s a way to do that, and that’s why I put it in the budget this year the way I did, so that you don’t have to continue that fight.”

The energy expended over this issue may have distracted from other important initiatives, Heath said. Among them was a proposal to purchase lakefront property for a public beach (on land across from the town office and next to the Four Seasons Club), a plan for a new community building (on the lot adjacent to the current town office at the corner of Lakeview Drive and the Alder Park Road), and a proposal to build a consolidated emergency services building. 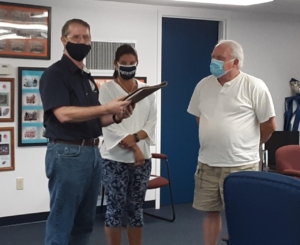 “One of the things I suggested,” Heath said, in regard to the effort to establish public lake access, “[was that] there might be an opportunity to do an agreement with the China Four Seasons Club, where their property becomes the public lake access. So, I’ve encouraged Becky to talk to Tom Rumpf, [president of the China Four Seasons Club], and see what they might be willing to do.”

Looking toward the future, Heath thinks the town should continue to push the Maine Legislature to give small towns like China a legal way to opt-out of collecting local taxes on personal property and business equipment. A bill allowing this was introduced last year by Representative Tim Theriault (R-China). Heath spoke in favor of the proposal before the Legislature’s Taxation Committee.

“I went to bat at the State House about business and personal property taxes,” he said, “and I maintain that that is something that needs to be done statewide to allow smaller communities, like China – that are hurting on the business side of things – to be able to say: If we can incentivize business to come into this town to help us be stronger, then we need the flexibility to say we’re not going to collect those taxes.”

Heath also expressed the opinion that China should look further into establishing some land use and zoning ordinances in order to spur controlled economic growth and development. Many people are against zoning because they see it as limiting their development choices, but Heath disagrees. “I’m not a proponent of zoning to take away from people,” he said. “I’m for zoning to protect people. Zoning can be a good thing if it’s done right.”

The Heaths will be leaving China with heavy hearts for the relationships they’ve cultivated. “We’re not happy because we’re leaving a lot of good, close friends behind,” he said. “This is a fabulous job. I couldn’t imagine working with – or for – a better group of people.”

He also had some praise for The Town Line’s coverage during his tenure. “One of the things I’ve appreciated about The Town Line from the very beginning is that they report the news. I have not sensed a bias,” he said. “If there’s ever an opinion given, it’s very clearly indicated that it’s an opinion and I appreciate that. I just wish more news outlets were like that.”

As for his plans once the couple gets settled back in Oklahoma, Heath says he is considering going back to work in the ministry and is in talks with a local church there that is in need of a pastor, but he has certainly not ruled out returning to municipal government. While in Maine, he has continued his education and recently completed his master’s degree in Public Administration.

Heath’s last official day as China town manager will be July 18, but it may not be the last the people of China see of the Heaths. “Thank you for welcoming me and Mary to the community,” he said. “We have already talked about coming back for visits.”