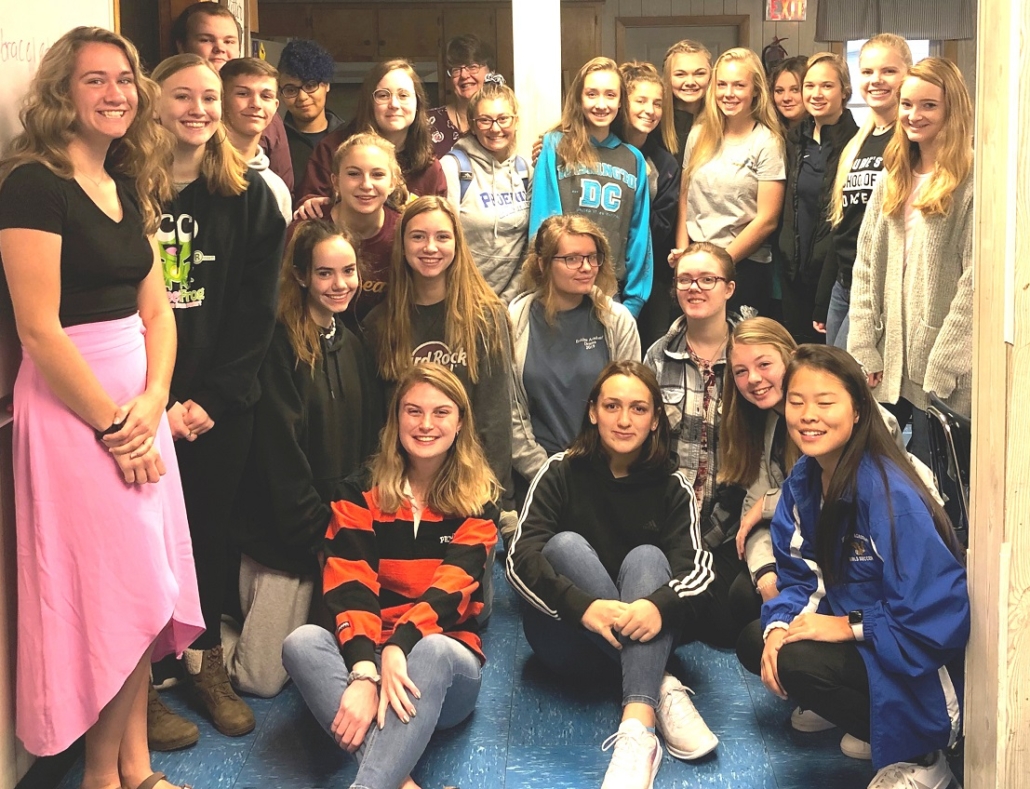 Members of the Erskine Academy Girl Up program. (Contributed photo)

During the summer before her junior year at Erskine Academy, in South China, Madyx Kennedy searched online for a new school organization. She was already active in the clubs Erskine offered, but she was looking for a club that could make a difference in the world and better matched her passions for her own future. Madyx came across an organization founded in 2010 by the United Nations called Girl Up.

Girl Up supports programs globally to provide adolescent girls an equal chance for education, health, social and economic opportunities, and a life free from violence. Why Girls? When girls are empowered by education, it raises their families and community out of poverty. One in seven girls in developing countries marry before age 15. When marriage is delayed and a girl has the opportunity to attend school, her income potential rises 10-20 percent for each year of schooling.

“What it boils down to is simple: If we want to drive progress in the world, we need to put girls in the driver’s seat.” – Kathy Calvin, CEO and President, UN Foundation. 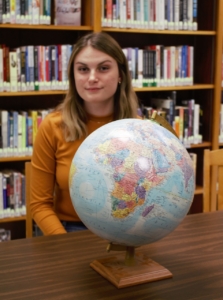 Madyx, the Erskine Girl Up club founder, was inspired when she came across the Girls Up website. This organization’s mission aligned with what she envisions for her own future. She plans to go on to law school after her undergraduate degree and be a legal advocate for gender equality.

Madyx did her homework over the summer, so to speak, and learned what it took to establish a Girl Up club at Erskine. Headmaster Michael McQuarrie was highly supportive. Madyx compiled a list of potential teacher advisors for the club and prepared to go to each one to promote her idea. Ms. Beth Lawrence, her Spanish teacher, was the first one on that list and told her without any hesitation she wanted to be their advisor. When she had the school administration on board, the lingering question was ‘would there be enough support from her fellow students?’

Madyx was asked to speak about the club at an assembly in September. At the end of her presentation, she asked those who were interested to meet her by the stage. She expected two or three other students, instead to her amazement, she found nearly 30 other enthusiastic students, including a few males.

Nate Farrar learned at the first meeting the impact the club could make around the world. Nate says, “You don’t have to be a female to help out a great cause for today’s society involving women, step up men.”

After only two meetings, Erskine’s newly-formed Girl Up club has projects underway. The club’s first major project is to raise money to purchase bikes for girls to get to school. The lack of transportation can be a major barrier to getting an education in developing nations, especially for girls. SchoolCycle, one of the initiatives of the Girl Up organization, has raised funds for 1,550 bikes for girls in Malawi and 250 bikes for girls in Guatemala. In Malawi, less that 25 percent of girls finish primary school. In both these countries, families live many miles to the closest school, putting girls in risk of violence or harassment during their commute.

The Girl Up club at Erskine Academy is already implementing a fundraising campaign to raise money for more bicycles—including letters to local business, a booth at the Erskine AFS craft fair on December 14, and a fundraising page at gofundme.com/school-cycle.

While seeking to make an impact globally, the Erskine students realize there is work to be done locally to help close the gender gap in our country. They envision, in the club’s future, hosting local workshops for middle school girls to build confidence and self-esteem. Madyx wants to pass along the spirit to younger girls that all things are possible.

“Madyx has always been raised to believe that she can do anything she sets her mind to and nothing isn’t possible, especially not because of her gender,” explains Alysia Farrington, Madyx’s mother. “I think Madyx has chosen law as her career path because she feels a strong need to make women’s voices heard and heeded, not overlooked and ignored.”

FOR YOUR HEALTH: Summertime Living is Easy with Plant-Based Butter-ed Foods Give Us Your Best Shot! Thursday, October 10, 2019
Scroll to top