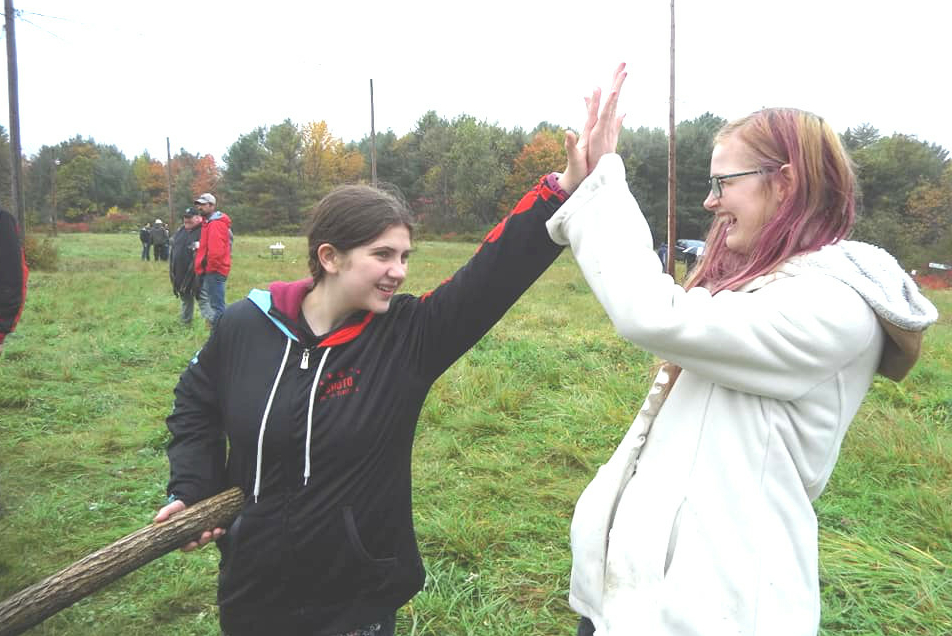 Scouts Anastasia Ames and Isabelle “Isa” Russell, both members of Troop #695, in Chelsea, and are earning requirements towards their Tender­foot rank.

by Scott Bernier, of Augusta

On a mission to collect all six Infinity Stones, Thanos plans to use the artifacts to inflict his twisted will on reality. The fate of the planet and existence itself has never been more uncertain. Only the greatest heroes assembled can stop the mad Titan. Who can stop Thanos from wiping out half of the population? The Scouts can! 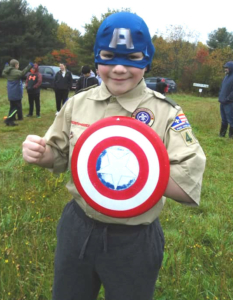 Julian Cain, of Sidney, dressed in his Captain America costume.

The 2019 Fall Scouting Camporee was held October 11-13 in Sidney, and the theme was “Marvel Universe Adventure.” Scouts from across the region, if not the galaxy, converged on the at the Silver Spur Riding Club where the three-day event was held and took part in competition and challenges as well as fun and fellowship. Scouts from Jackman, Jay, Palmyra, Randolph, Waterville, Augusta, Gardiner, Oakland, Farmingdale, Skowhegan, and Chelsea attended.

The event was organized by the Scouts and leaders of Sidney Troop #401 who have been planning the event for months. Taylor Hayden, of Skowhegan Troop #485, dressed up as Spiderman. “He’s my favorite superhero,” Hayden said. He is a new Scout and enjoyed the Captain America Scout Skills area the most where Scouts went into the woods to build a survival shelter.

Jeremy Croft, of Sidney, is working on his First Class rank. He was one of the “Silver Surfer Relay Race” during which the Scouts carried a rock on a spoon and raced through an obstacle course. “Its a lot of fun,” Jeremy said, about being able to run a station at 11 years old. Scouts not only compete in activities but it was entirely youth planned and run with adult supervision, said event chairman Eric Handley, who is the official Nick Fury for the event. “I am really proud of these kids,” Handley said. “The entire camporee wouldn’t have happened if we didn’t have the Scouts. This was their event. They chose the theme. They chose the stations. They planned each one and then adjusted as things went along. Not everything worked out perfectly but that is how they learn. And everyone had a lot of fun.”

Stations challenged Scouts on traditional Scout knowledge but each tied into a hero or villain in the Marvel Universe. Scouts had fun at Hawkeye’s Archery Range, the Quest for the Infinity Stones Compass Course, and Captain America’s Scout Skills among others..

Harry Bromberg, from Oakland, is a new Scout and this was his first multi-troop camporee. He helped run the Dr Strange’s Puzzle in which Scouts had to tie a complicated knot – a clove hitch – around a stump without being within ten feet of the stump. They had to use sticks and rope but mostly teamwork to solve the puzzle. Harry’s favorite hero is the Incredible Hulk. 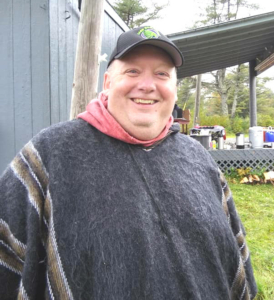 Eric Handley, was the official Nick Fury for the event.

Scouts also took part in Tony Stark’s Rocket Launch where they not only built a rocket but assembled the mechanism that launched the rocket. Some rockets flew 200 feet. This was the favorite area of new Scouts Anastasia Ames and Isabelle “Isa” Russell. Both are members of Troop #695, in Chelsea, and are earning requirements towards their Tender­foot rank.

Chris Somerset, of Jackman, assisted an adult at Hawkeye’s Archery Range. The 15-year old said it was fun to help teach younger Scouts how to shoot a bow and arrow safely. “My favo­rite Avenger is Captain America because he is honest and trustworthy,” Chris said.

There was also a re-enactment from the movie “Captain America Civil War” in which the Scouts were divided into two teams in order to capture the other team’s flag, a costume contest, and a community dinner with meals prepared by the Scouts and enjoyed by all. Skowhegan Troop #485 won the Youth Cooking Contest with its “Captain American Chop Suey” and the adult winner was John DeWitt, of Troop #401, with Italian chicken. The evening ended with a traditional Scout campfire.

Nutrient management for high tunnels to be presented FOR YOUR HEALTH: Debunking Common Medicare Part D Myths
Scroll to top