Human Desire was directed by the German-born Fritz Lang (1890-1976), whose fame in his homeland with a few classics, examples – M and Metro­polis, preceded his highly successful career in the U.S. 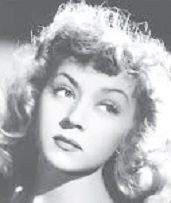 This gritty, gripping thriller deals with a romantic triangle that becomes as ugly and deadly as one can get. Broderick Crawford (1911-1986) plays, with formidable authority, a railroad yard supervisor, Carl, who has lost his job. However, his very young, pretty and spoiled wife, Vicki, portrayed with vampish swagger by Gloria Graham (1923-1981), used to be the boss’s secretary and thus is asked by Carl to intervene on his behalf. Carl gets his job back but Vicki sleeps with the boss to seal the deal.

Carl, of course, loses it and kills the man, forcing Vicki to help; unfortunately, a fellow employee, Jeff, (who is rendered with professional presence by Glen Ford, 1916-2006) stumbles into the situation, impulsively becomes attracted to Vicki and exacerbates the perilous nature of this chain of events for everyone.

The footage of early ‘50s trains adds much to the suspense of the film, a tribute to Lang’s imaginative cinematography.

Columbia Pictures was run by, arguably, the nastiest, meanest studio boss, Harry Cohn (1891-1958), in a business where such individuals frequently thrive. When he died, crowds attended his funeral – a possibly apt confirmation of Cohn’s own observation that when one gives the public what it wants, it will turn up. 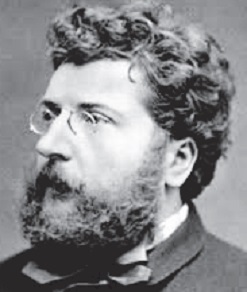 I know little of conductor Douatte but do own an LP of him performing Vivaldi’s Four Seasons, it being a very fine performance of a work with at least 100 recordings available.

That philosopher of darkness, Friedrich Nietzsche, called Bizet’s music, especially the opera Carmen, “a return to nature, health, gaiety and youth.” Bizet supposedly had his black moods, but his symphony, which lay unheard until 1935, 60 years after this composer’s death in 1875, is a joyful, positive piece, one very listenable.

This recording is both hard to find and out of print but many other good ones exist and are available for ordering in most music venues. 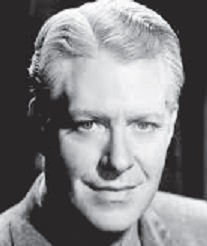 Nelson Eddy (1901-1967) started out as a news reporter in Philadelphia before his love of singing led to training and work on stage and radio and in the movies, all of which led to huge success.

The LP contains his sincere effusive singing, best listened to one track at a time, applied to various old favorites like Danny Boy, Without a Song, I Love You and Because.