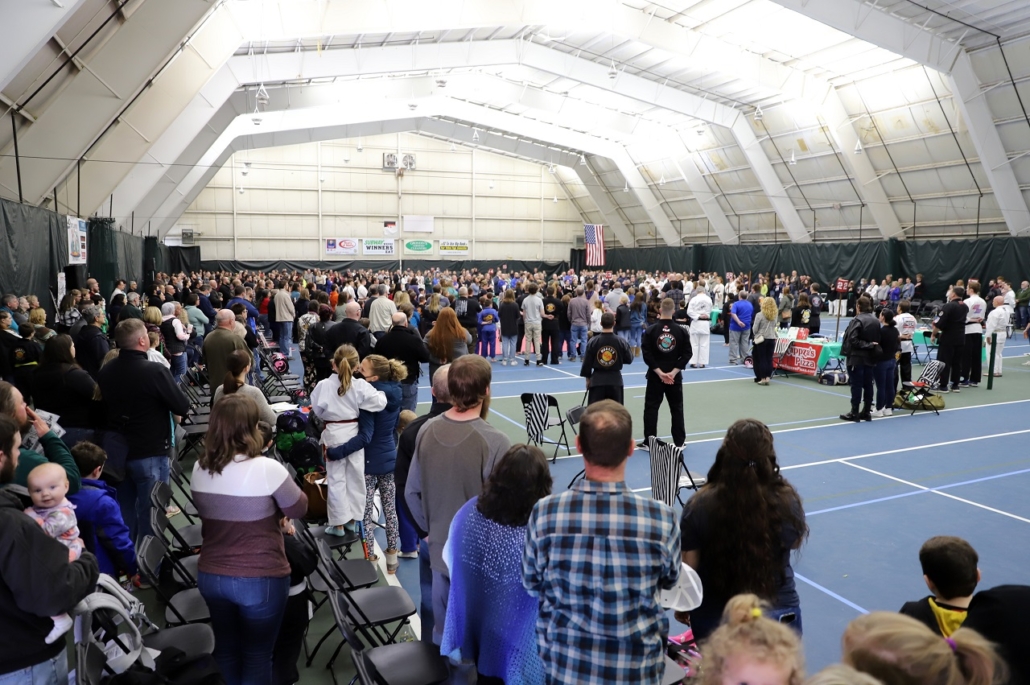 Crowd at the Battle of Maine in Waterville. (photo by Mark Huard) 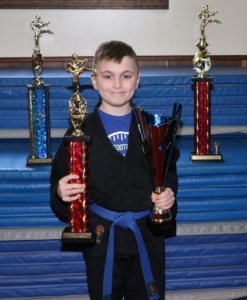 It was a packed Champions and Elm Plaza parking lot, with around 340 competitors and close to 1,000 spectators from around Maine and New England. The Battle kicked off at 8:30 a.m. with the full contact padded sword fighting competitions.

At 10:15 a.m. opening ceremonies began with an amazing National Anthem sung by Rebecca Pushard. This was a special day since the event hasn’t been able to be in person for the last couple of years. Everyone was in great spirits and happy to be back to in person competition.

After the National Anthem, hundreds of prizes were thrown into the crowd for all of the kids to catch! The tournament then proceeded a special demo by world champions and then with forms, weapons forms and fighting competitions throughout the day.

Special thank you to Central Maine Motors and Hammond Lumber for being a major sponsor of the Battle of Maine Martial Arts Championships. 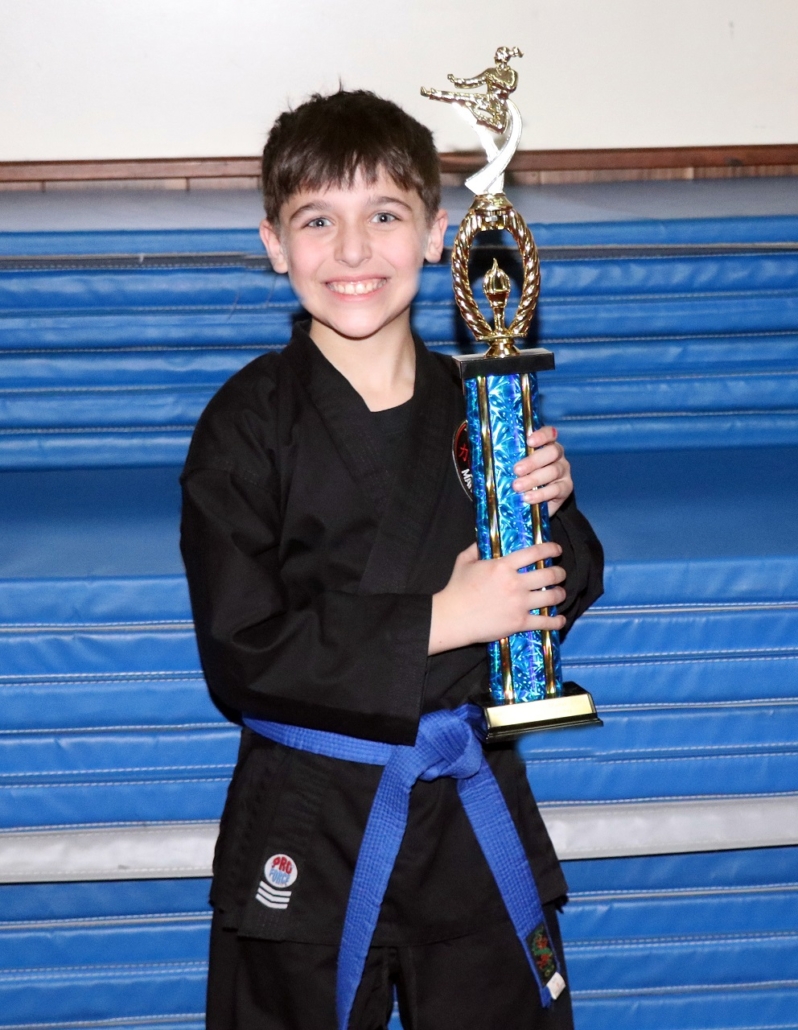