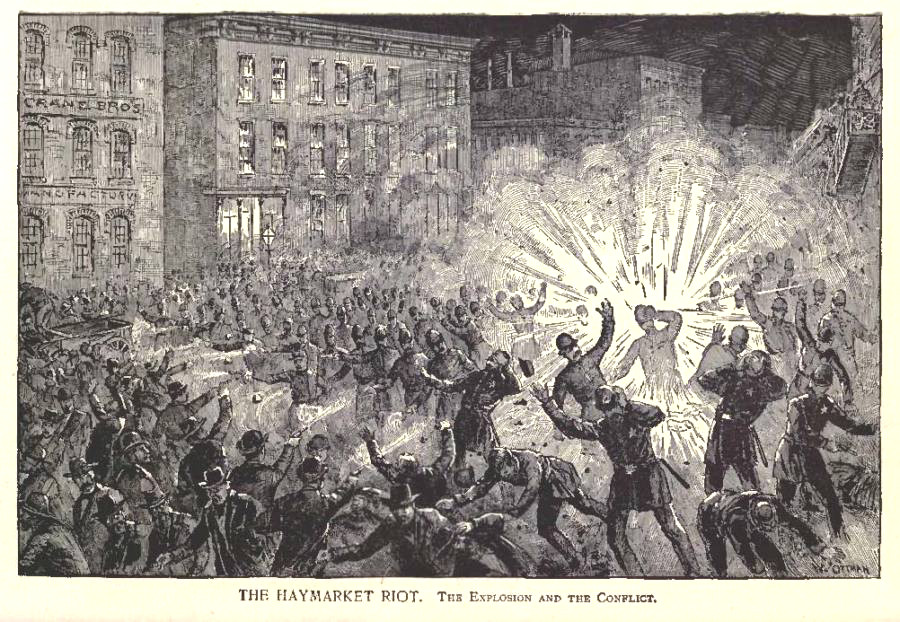 When this holiday was considered, the President of the United States was Grover Cleveland. May was the month of choice. However, President Cleveland wisely shied away from May because of the Haymarket bombing. On May 4, 1886, a bomb went off in Haymarket square, Chicago, Illinois, during a labor rally, killing one policeman and wounding many others.

This event was initiated by Albert Parsons and Samuel Feldman. This was a peaceful four-day event seeking an eight hour work day. Parsons was an American socialist, anarchist newspaper editor, orator and a labor activist. In his teens he served in the Confederate army.

The Socialist Labor Party of America was formed at this time (1877). This utopian concept began with the Shakers of the time. Samuel Feldman was an American Methodist Minister, socialist, anarchist and a labor activist. The next day after the initial explosion the police reacted and killed one and injured several others. An unknown person threw a stick of dynamite at the police which resulted in gunfire. Seven police officers and four civilians were killed in the actions and dozens of others were injured.

Thus, the beginning of the movement was named the Haymarket Massacre Movement. So, as our readers can see, the Labor Day movement didn’t begin in a peaceful protest. History has taught us, for one reason or another, most don’t end well, to this very day.

So, this all began as a state of disorder due to the absence or non-recognition of authority. In retrospect we could say that from the ashes of adversity and dishevel good was acquired. I don’t condone this but I must recognize the ultimate result. I am personally not a proponent of socialism, Marxism, or communism. I am just stating a fact that although some things are born out of non peaceful means; time molds them into good.

In any case, President Cleveland decided because of the negative connotations that the month of May might impart on the Labor Day Movement, it might be wise to choose a different month. He decided that September would be a safer venue for this suggested federal holiday. So, the first Monday in September was chosen to be the date celebrated and honor the American Labor movement. This weekend is referred to as the Labor Day Weekend, because it is a long weekend with Monday as part of. This weekend celebrates the contributions of laborers in the development and achievements, in and for the U.S.A.

This officially became an American holiday on Monday, September 7, 1894. I might add however, the first unofficial Labor Day celebration was held on September 5, 1882, in New York City. The day was commemorated with a picnic, concert and a few speeches. There were 10,000 workers who marched in a parade from City Hall to Union Square. Now we have 50 states and several territories but we carry on the same traditions in most places. Labor Day is a long weekend with the unification of family at its core. The extra day gives us time to travel greater distances and have the involvement of more distant family, friends, and perhaps different venues. Although this Labor Day is wrought with unsolicited hardship (Covid-19) we hope that each and every one of you shares your love of country in a safe, cautious and considerate manner. Follow established rules and have a safe Labor Day Weekend.

To all, have a wonderful weekend and thank you to all that have to work so the rest of us may rest and enjoy family and friends. God be with you, stay safe and God Bless America.