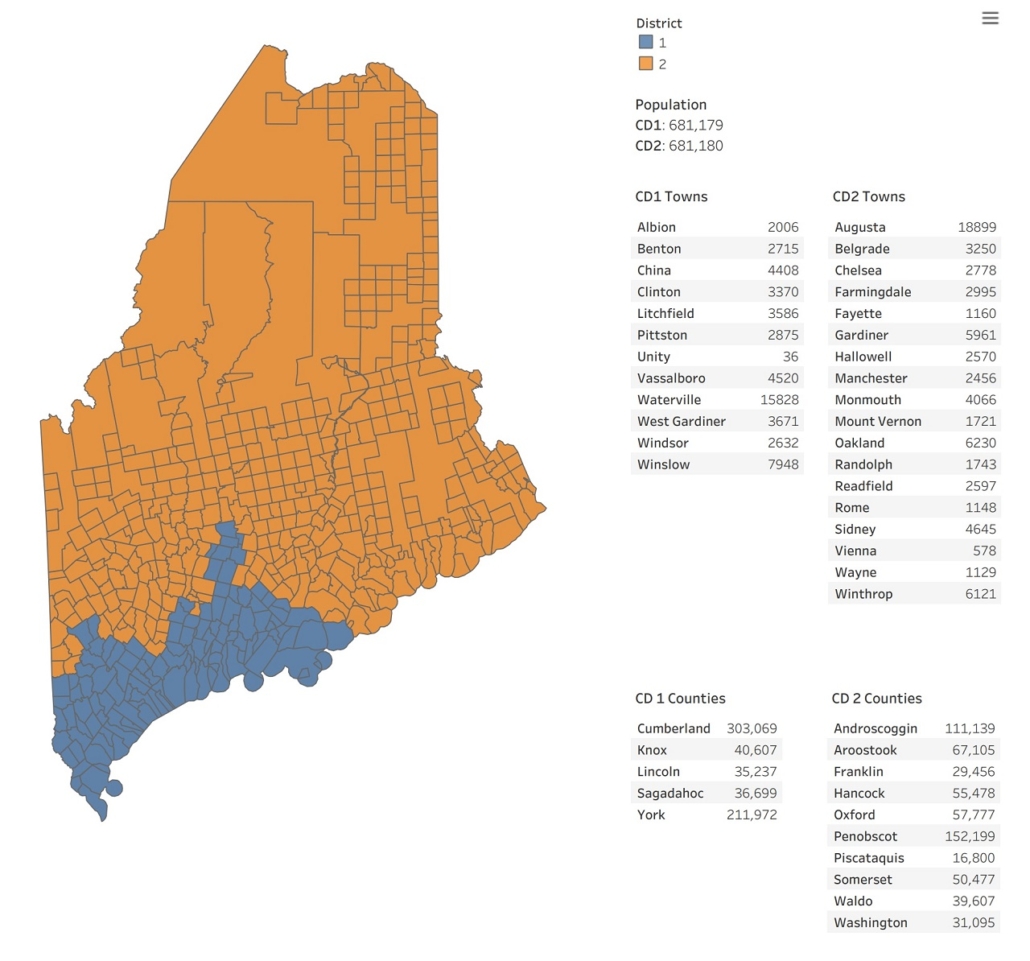 In developing the new district maps, the Apportionment Commission followed the instructions outlined by the Maine Constitution mandating that districts be “compact and contiguous, and that they cross political subdivision lines as few times as possible.” Following these directions, the new congressional district map leaves counties mostly intact.

The approved legislative district maps for State Senate and State House of Representatives can be found on Maine.gov at https://legislature.maine.gov/apportionment/final-maps/11534.