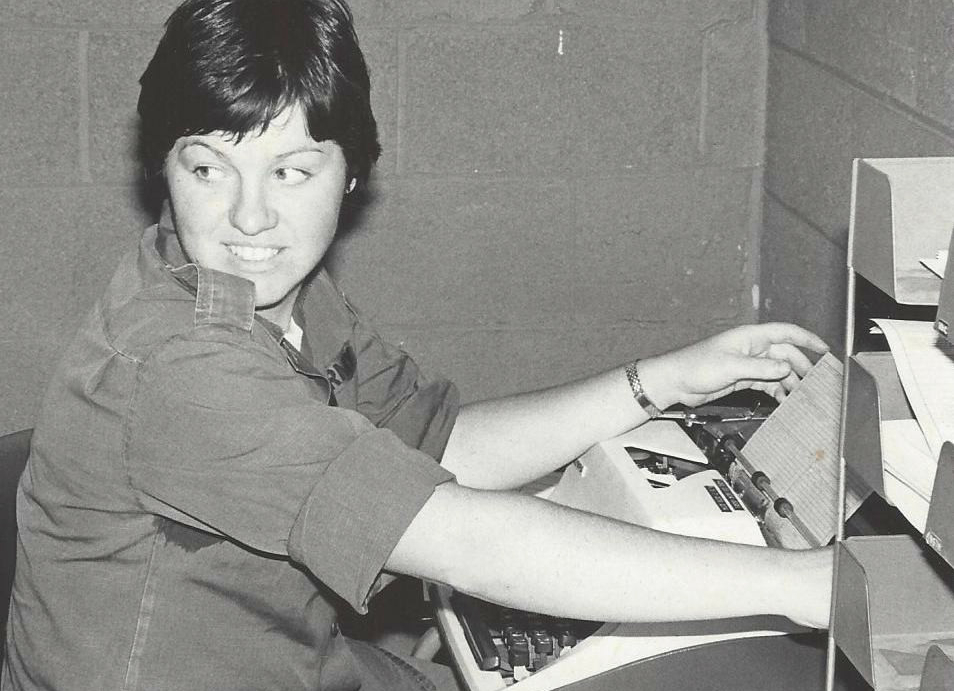 Not having gone to college as originally planned, Margaret Williams, 64, of Clinton, decided it was time to do something.

So, at the age of 22, she enlisted in the Army National Guard. Thus began a long military career for the 1974 Winthrop High School graduate. At the time of her enlistment, she lived in Mt. Vernon.

“The education program in the Army is what helped pay for my bachelors degree,” she points out.

She spent 26 years working for the military of which seven were active duty. Following her military service she pursued a career in teaching.

However, she attributes most of her life goals because of the military.

“My military career had helped me with time management, leadership, organization, self-discipline, a can-do spirit and always getting back to people when they request assistance,” she emphasized “I have had several volunteer positions where meeting management came in handy.”

Because the military began using computers in the 1980s, far ahead of the public sector, she had a leg up on others from her military time of service.

Once having completed her training, she was assigned to Headquarters and Headquarters 286th Service and Support Battalion, in Augusta.

Her time in the military also took her to some training in Germany and Guatemala, where she spent six months improving roads, building a school, building hospitals and digging wells, among other humanitarian acts. 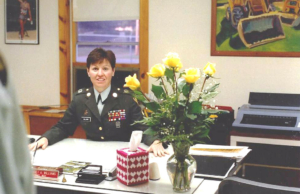 Margaret Williams at the 240th Engineering Group, in Waterville, in the 1990s.

Once back home, she served as the Family Program Specialist for the state of Maine, and this was rewarding as she helped families who had their soldiers deployed. As a Personnel Noncommissioned Officer, she assisted units and soldiers by ensuring their records were up to date and they were ready for deployment.

She also served as Personnel NCO for the 240th Engineering Group, in Waterville, where she reviewed personnel actions on more than 1,500 soldiers before forwarding them to the state headquarters.

Following her separation from the National Guard, she was presented with what she described as her highest award, the Meritorious Service Medal for her 26 years of service. She also received the Army Com­menda­tion Medal, Army Achievement Medal and other awards.

“I was privileged to have the opportunity to serve,” she concluded. “I recommend the military to young people who are searching for a career. As one of 12 children growing up in rural Maine, I wouldn’t have believed that I would have been able to travel to many states and overseas.”

She cites other rewards and benefits: “In retirement I am reaping the benefits of discounts for veterans, good medical insurance and care with the VA health care system.”