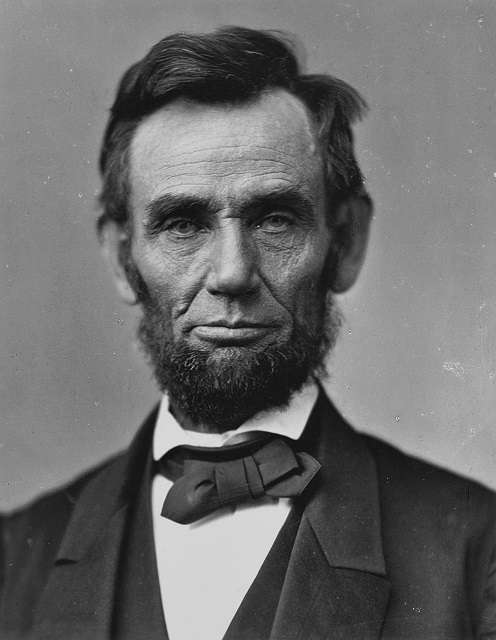 Abraham Lincoln (1809-1865) first met Mary Todd (1818-1882) at a formal dance in Springfield, Illinois, in late 1839 where he had been practicing law for two years, while she had just recently moved in with an older sister from their home state of Ken­tucky. 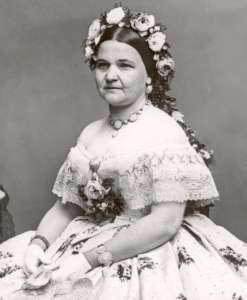 Despite their vast differences in background – she having grown up in wealth and he in poverty – they took an instant liking to each other and visited constantly; they shared mutual interests in literature, especially reciting and rereading Shakes­peare tragedies, along with history, geography and politics and swapping anecdotes of their early years in Kentucky.

Both of them also had a keen sense of the absurd and shared much laughter as a result.

Within a year the two were engaged but then, due to an ongoing fear of marriage, he broke off the engagement. They went their separate ways for two very long years, however, not at all losing their affection for, and commitment to, each other. Mary, already knowing of Abe’s tendencies to melancholy, prayed for that glorious day when “Hamlet will be himself again,” as she confided to a close friend.

“That glorious day” finally arrived. The couple announced their intention at the very last minute and they were joined in marriage in her sister’s parlor.

Libraries of material abound on Lincoln’s rise as a politician in Congress, his horrifically challenging presidency during the Civil War and his assassination with its radical reconstruction aftermath.

Losing the youngest son is believed by many to have caused several breakdowns in her mental and physical health. Robert had his mother institutionalized for a few months in 1876 but her older sister eventually secured her release and freedom, after which Mary moved to France for four years.

By late 1880, due to a paralyzing fall from a chair while hanging a picture, she moved back to the states and moved in with her sister back in Springfield, Illinois, where she died in July 1882, from a stroke.