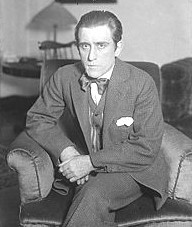 Baritone Oscar Seagle (1877-1945) was one of the best selling recording stars for Columbia records during the post World War I years of the acoustic era. He recorded two hymns for the label on a 10-inch shellac in 1921 – I Love to Tell the Story and Nearer My God to Thee (the one being played by musicians on the Titanic as it was sinking).

Seagle was accompanied by four men described as the Columbia Quartette, with an accompanying orchestra. He sang both hymns beautifully and with conviction.

In later years, he started a music school in New York’s Adirondacks. 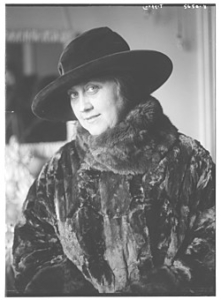 Soprano Marie Tiffany (1881-1948) and contralto Elizabeth Lennox (1894-1992) recorded Barcarolle, translated as Oh, Night of Love, from the opera, Tales of Hoffmann, by French composer Jacques Offenbach (1819-1880), also on a ten inch acoustic shellac, in 1921; side two contained Miss Tiffany’s rendition of Jules Massenet’s (1842-1912) Elegie. Both have been commonly recorded staples since those years and I thought I could care less about ever hearing them again until I played this record. Both sides were sung with a vibrant beauty and freshness as though they had just been composed.

A number of recordings by both ladies can be heard on YouTube but not these, unfortunately.

“Then the workers went to the shores and ate their cold ham and bread and broke the crystals in the top of their jugs and drank the sluggish milk. They built fires to toast their thick soles and sat on the leeward side chewing their quids of tobacco in the heat and haze of the smoke that made the tears run from their eyes. Fathers and sons broke into cakes and frosty doughnuts the wives and mothers had made. Apple pie with splinters of ice.”

Up and down the Kennebec Valley: Tiffany Hill Chapel I’M JUST CURIOIUS: Are you a lefty?
Scroll to top