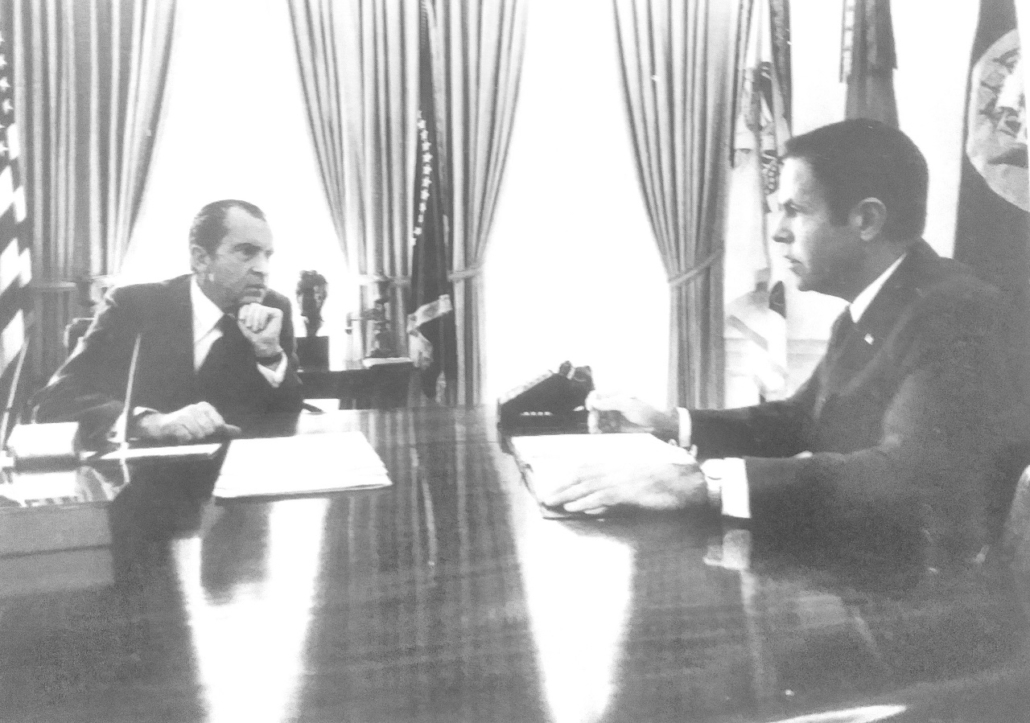 The Haldeman Diaries, a massive book of almost 700 pages, was issued by Putnam a year after the death of H.R. Haldeman (1926-1993) who served as Chief of Staff for former President Richard Nixon for four years before being quietly pressured to resign by his boss in the spring of 1973 during the Watergate scandal.

He ran a very zero tolerance tight ship and was a genius of efficiency and a consummate workaholic, putting in 48-hour work weeks, and loyally being Nixon’s hatchet man. I first became aware of him in 1970 after reading a Sunday Parade magazine puff piece, portraying him as hard working and Mister Geniality.

About a month before Haldeman resigned, Newsweek did a more thorough and quite fascinating cover story on him. It reported his Medusa stare at erring underlings, his having more access to Nixon than any other human being on earth (which included Nixon’s wife Pat and daughters Tricia Cox and Julie Eisenhower), his having little interest in music, art and literature, and his complete devotion to his wife and two children, although spending very little time with them during the White House years.

His marine-style crew cut aptly conveyed his quite authoritative command of everything that went on at 1600 Pennsylvania Avenue, only doing Nixon’s bidding. Absolutely nobody got to see the president in the Oval Office without Haldeman’s approval; calling him the pit bull at the door is an understatement.

The Diaries came about after Nixon appointed him as the second top man at the White House, as recounted by the author in his own preface:

“Robert Rutland, a close personal friend and eminent Presidential scholar, urged me to record faithfully in a journal the major events of each day and my thoughts regarding them. He believed that this had never been done by someone working so closely with the President. At least my ‘diaries’ would provide a fascinating account for my children and grandchildren; more importantly, they could prove to be an invaluable asset to historians and scholars.”

Haldeman hit the nail on the head with that last statement.

Nixon was often referred to as Tricky Dick but quite a number of presidents have played dirty including the notorious FDR (Franklin Delano Roosevelt), while Nixon’s predecessor LBJ (Lyndon Baines Johnson) was complimented by a labor union leader as “no slouch either.”

The September 9, 1970, entry in the Diaries amidst a ruthless political campaign against the Democrats conveys Nixon’s personality here – “Really wants to play the conservative trend and hang the opponents as left-wing radical liberals. Said to say, ‘Our opponents are not bad men, they are sincere, dedicated, radicals. They honestly believe in the liberal left.’ And force them on the defensive.” 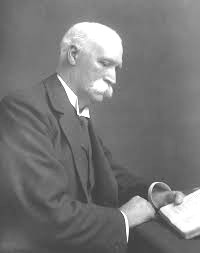 I rec­ent­ly found a 78 among my piles of records by a singer I had never heard of before, tenor William MacEwan (1871-1943) performing The Old Rugged Cross in a very good 1927 English Columbia recording that sold 250,000 copies worldwide by 1933 while sheet music sales totaled 20 million by World War II. 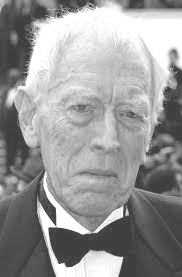 A powerful piece of acting is that of Max von Sydow, in the 1975 film Three Days of the Condor, portraying the assassin Joubert staring into the abyss just before he leads two other killers on a murder spree against seven CIA researchers in a quiet New York City office. He also comments on the peace and comfort of having no conscience to Robert Redford’s character.

“And down in New York and Philadelphia prosperous citizens were getting down their ice cream freezers. Children in Richmond and children under the shadow of the Blue Ridge were running starry-eyed behind high carts with letters frosted and dripping with icicles. The letters on those carts spelled ‘Kennebec Ice.’ Further south, the crystals of Maine touched the fruit of the Caribbees. Far down off the Horn and up the other side, ships with bones bred in Maine forests carried the Maine treasure to the Pacific. Trains plowed through the dusty cornlands of Nebraska and on to the Rockies, carrying Maine ice. And a whole nation knew the clear taste of the Kennebec. Half the world, too, England and France, and Holland.

“But all that was in the twilight days of wooden ships, when Maine women still kept their neat houses moving around the world. That was when the wizards had not wakened new secrets out of electricity and steel. That was in the eighties and nineties.”