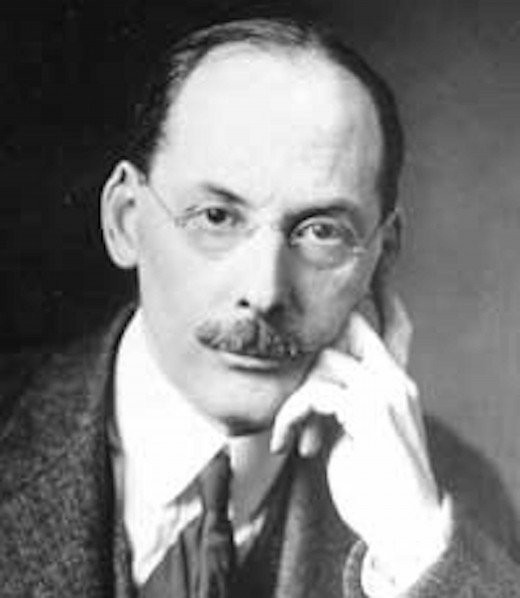 Towards the end of Edwin Arlington Robinson’s two years at Harvard (ones during which he took several literature courses, enjoyed them thoroughly and was happy to get Bs with no ambition for higher grades at all), the poet wrote a slightly tongue-in-cheek June 21, 1893, letter to his friend, Harry Smith : “I suppose this is the last letter I shall ever write you from Harvard. The thought seems a little queer but it cannot be otherwise. I try to imagine the state my mind would be in had I never come here but I cannot. I feel that I have got comparatively little from my two years but still more than I could get in Gardiner if I lived a century.”

Robinson regarded his childhood in Gardiner, Maine, as, at best, hellish boredom and emotional deprivation but, because, his father had died the previous year, he felt it was no longer feasible to attend Harvard and instead returned to the family homestead, trying unsuccessfully to be a farmer, and working on his writing.

However, in 1896, he moved to New York City, lived as a gentleman pauper, developed his creativity further while cultivating literary and artistic friendships, and paid for the publication of his first book, which sold very few copies. After a few more years of struggle, he completed a second volume which was better received by the public and read by President Theodore Roosevelt who liked it, and gave Robinson a position in the New York State Customs Office, with a salary of $2,000 a year and minimal responsibility so he could concentrate on his writing .

Robinson slowly but surely achieved fame, won three Pulitzer Prizes for literature and was the consummate gentleman to women, who fell in love with him but were warmly rebuffed for their efforts. He remained a confirmed bachelor until his death, at 65, from cancer in 1935.

A much read favorite poem of mine is Mr. Flood’s Party, a heart-rending depiction of loneliness during which an old man is getting drunk, possibly on New Year’s Eve, at his farm a few miles from the village where he has lived all his life; all those dear to him have died and the current crop of citizens do not acknowledge his existence.

He is partying with himself for company:

Old Eben Flood, climbing alone one night
Over the hill between the town below
And the forsaken upland hermitage
That held as much as he should ever know
On earth again of home, paused warily.
The road was his with not a native near;
And Eben, having leisure, said aloud,
For no man else in Tilbury Town to hear:

‘Well, Mr. Flood, we have the harvest moon
Again, and we may not have many more;
The bird is on the wing, the poet says,
And you and I have said it here before.
Drink to the bird.’ He raised up to the light
The jug that he had gone so far to fill,
And answered huskily: ‘Well, Mr. Flood,
Since you propose it, I believe I will.’

Alone, as if enduring to the end
A valiant armor of scarred hopes outworn,
He stood there in the middle of the road
Like Roland’s ghost winding a silent horn.
Below him, in the town among the trees,
Where friends of other days had honored him,
A phantom salutation of the dead
Rang thinly till old Eben’s eyes were dim.

The remaining four stanzas can be read here.

Another writer who lived in Gardiner, Laura E. Richards (1850-1943) was a very close friend of Robinson’s, as was the American artist, Elizabeth Sparhawk-Jones (1885-1968), who may have been the poet’s closest woman friend during his last 15 years and did paintings commemorating his memory.

A Robinson quote: “Life is the game that must be played.”

Up and down the Kennebec Valley: Shipping on the Kennebec River I’M JUST CURIOUS: If you want to change the world, make your bed
Scroll to top