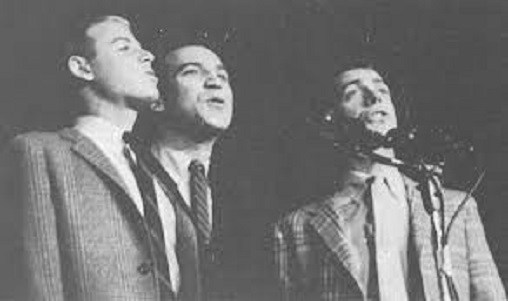 Back during the last century old days of my adolescent youth, I was quite enamored by the Mercury dollar cut out LPs of the Chad Mitchell Trio that I bought at downtown Waterville Center’s Department Store. The group’s brand of folk music making thrilled me- their sing­ing of such classics as You Were On My Mind, The Last Thing On My Mind, 4 Strong Winds, I Can’t Help But Wonder Where I’m Bound, etc. In addition the impeccable artistry of backup guitarist Paul Prestopino and the precision honed arrangements of Milt Okun contributed to the pleasure of these records. 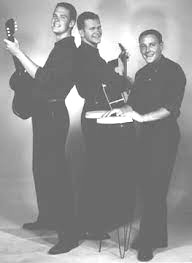 Seeking similar splendors, I bought my first album of the much more well known Kingston Trio, Close Up, which I believe was the first to feature John Stewart (1939-2008), who replaced the departing Dave Guard in 1961. Guard, along with Nick Reynolds and Bob Shane, formed the group in 1957 and hit the charts with Tom Dooley.

Stewart had already gotten experience with the less successful but musically gifted Cumberland 3, which recorded an album devoted to songs of the Civil War. He was a gifted songwriter, guitarist, and vocalist- meaning outstanding interpreter of his songs, since his singing was not especially beautiful- ; and he would assume most of the duties as Master of Ceremonies during the Trio’s concerts, being very quick on his feet with witty repartee.

The early ‘60s folk music boom soon busted with the on­slaught of the Beach Boys, Beatles, Rolling Stones and their contemporaries but the Trio continued performing and recording as long as feasibly possible, finally calling it quits in 1967. 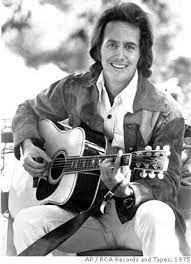 Meanwhile John Stewart accumulated a significant body of work and recorded his first of just over 60 al­bums in 1968, the exquisite Signals Through the Glass with his then-girlfriend and later wife, Buffy Ford. The album was a stunning example of great 20th century American music and on the same scale as the music of Aaron Copland, George Gershwin, Duke Ellington, Charles Mingus, Stephen Sondheim, Rodgers and Hammerstein, Bob Dylan and Joni Mitchell, just to name a few examples

I recently listened to three of his albums: Lonesome Picker Rides Again, from 1971; 1992’s Bullets in the Hour Glass; and the 2006 The Day the River Sang.

Lonesome Picker had the wistful Just an Old Love Song; the very delectable celebration of village life, Bolinas, with its lovely strings and English horn; the most famous song Stewart ever wrote and a megahit for the Monkees and Anne Murray, Daydream Believer; and, since horses and horse races were subjects dear to Stewart’s heart (his father was a horse trainer), side two’s concluding Wild Horse Road, and All the Brave Horses.

Bullets in the Hour Glass was considered a rather desultory bad day for the singer by one otherwise loyal fan but I found only one dud, a monolog entitled Bad Rats. The River, Dealing with the Night, a very eloquent The Wheel Within the Clay, Women (with backup vocals by Rosanne Cash) and The Man Who Would Be King (it with Paul Stookey of Peter, Paul and Mary fame as backup) are first class. By this time, Stewart’s vocal chords were a bit more frayed than during the ‘60s and ‘70s but the solid beauty of the material was still in ample evidence.

In addition, there was a more frequent utilization of New Age synthesizer effects, as opposed to the straight folk rock of the 70s, yet used with taste and intelligence.

The Day the River Sang was a top notch Last Hurrah. While Stewart’s own singing had deteriorated even more in any semblance of beauty, the total quality control of material and arrangements prevailed. The choice Baby It’s You, East of Denver, the title song, Sister Mercy and Midnight Train warrant very close attention.

I attended two concerts of the singer, one in 2001 at the Town Crier Club in Pawling , New York, a village distinguished by the presence of headquarters for Norman Vincent Peale’s Guideposts publication and a separate set of buildings for the Jehovah’s Witnesses; and the second in 2006 at the Augusta St. Mark’s Episcopalian Church just off of Lithgow Street.

He put on great shows both times.

Sadly by 2007, Stewart’s health, which had been problematical for a few years, was showing signs of Alzheimer’s and he died in early 2008 at the age of 68.