Season 4 of Perry Mason had a particularly compelling episode, The Case of the Misguided Missile, which was first aired May 6, 1961. It dealt with a missile launch and provided some background footage at Vandenberg Air Force Base, in central California, and now renamed Vandenberg Space Force Base. The missile explodes in midair and the cause is a bolt that had been tampered with.

The story de­picted the tensions between the civilian scientists of the company which built the missile and the Air Force military that results in the murder of the lead investigator, a captain who has an abrasive personality combined with unimpeachable honesty. The plot has the usual several suspects, a defendant who has Perry Mason as his attorney and, given the circumstance, a court martial which is fascinating in its details of procedural and very careful weighing of the evidence. 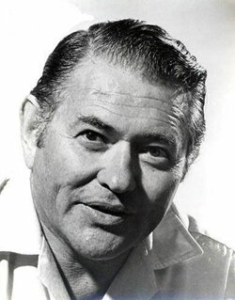 Simon Oakland did an outstanding performance as the officer who is murdered. Interestingly, he started out as a concert violinist but then detoured into theater in New York City with success and then to Hollywood with a long list of movies and television programs to his credit. A notable appearance was his portrayal of the psychiatrist in Alfred Hitchcock’s 1960 classic Psycho.

Fans of the movie West Side Story may remember Oakland as the formidable policeman Lt. Schrank.

Continuing with Robert PT Coffin’s essay Kennebec Crystals and its account of Maine’s most renowned winter industry before the invention of refrigerators:

“The men crowded into the river lodging houses of Hallowell and Gardiner, Pittston and Dresden. They unloaded and stowed their dunnage in their temporary homes for the next few weeks. They armed themselves with picks and gougers and saws. Each man had his favorite tool tucked under his quilted arm. They descended on the cold harvest floor with horses and sons in a great host.”