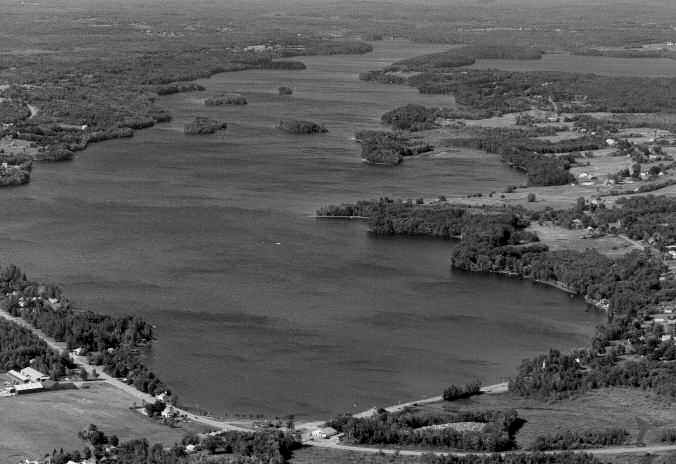 Most information in this section is from the comprehensive history section of the Kennebec Water District’s website, which was last updated in 2006.

The Kennebec Water District (KWD) was incorporated on March 17, 1899, the first such quasi-municipal district in the country and the pattern for generations of future water, sanitary, sewer and school districts. It was the brainchild of a lawyer named Harvey Doane Eaton (Sept. 20, 1862 – Oct. 17, 1953). Such districts allow towns and cities to cooperatively supply services like clean water that none could afford to supply by itself.

A for-profit predecessor, the Maine Water Company, controlled KWD’s water supply, which came from Messalonskee Stream, until stream pollution caused a 1902 typhoid epidemic. KWD officials chose China Lake as the replacement water source in 1903 and promptly started building a pipeline from the lake.

In May 1905 China Lake water came to KWD customers. “Water purity is exceptional,” the website says. When another typhoid epidemic in 1910 cast doubt on China Lake water, KWD hired a Harvard professor who found the real culprit: milk.

A state-of-the-art filtration plant, at the time the largest in Maine, came on line in August 1991. It was the result of two factors: China Lake’s deteriorating water quality beginning in the 1970s (making “China Lake syndrome” nationally recognized in water quality circles); and the 1986 federal Safe Drinking Water Act, setting standards untreated China Lake water could not meet.

KWD served customers in Waterville, Fairfield, Winslow and Benton from the beginning and added Oakland (by contract) and Vassalboro. The five member municipalities, but not Oakland, are represented on the district board of trustees.

From KWD’s creation in 1899 until 1920, Albert S. Hall served as superintendent. (He was not the Albert S. Hall for whom Waterville’s Albert S. Hall School is named, nor that Hall’s father; according to educator Hall’s obituary, he was born in 1935 and his father’s name was Clifton L. Hall.) KWD’s second superintendent, Alvin B. Thompson, served even longer, from 1920 until 1948.