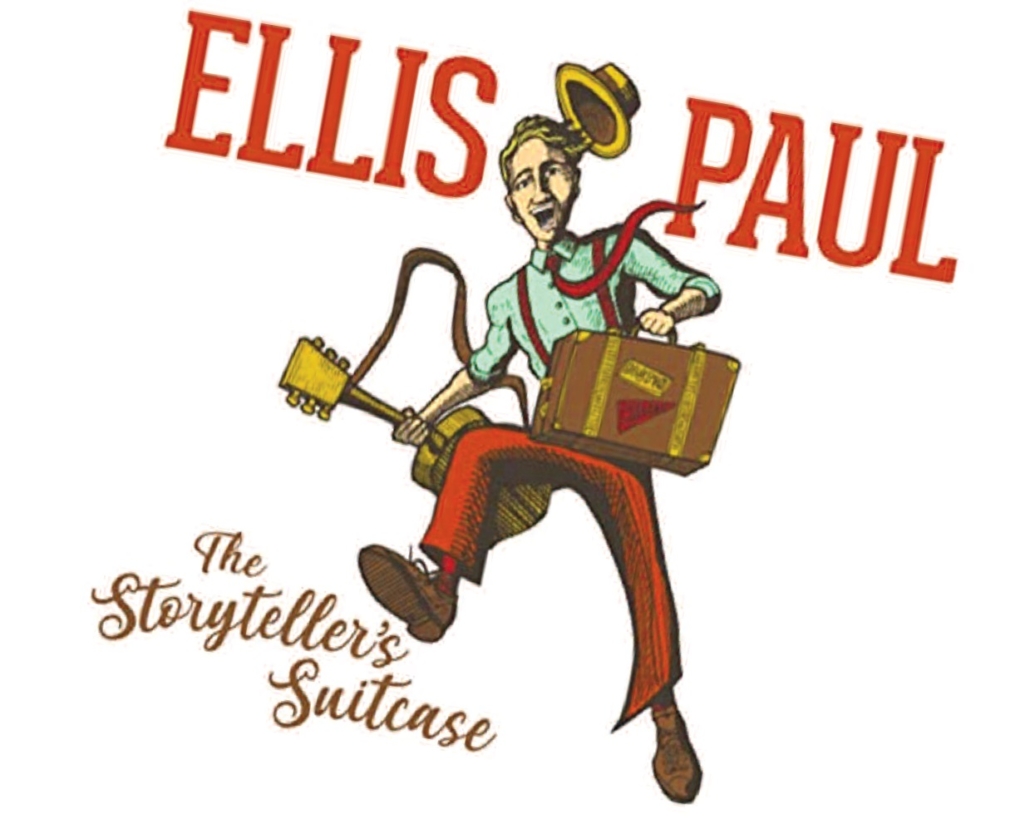 Ellis Paul recently received notification that a song from his latest album, his 20th, The Storyteller’s Suitcase, had received two awards at the 16th Annual International Acoustic Music Awards. His song,I Ain’t No Jesus was the Overall Grand Prize Winner and also claimed first place in the Outstanding Roots/Americana category. In the song, the singer claims no divine powers or assistance in his awkward interactions with the opposite sex. The “Suitcase”album itself also was named the 2019 Album of the Year at the Northeast Regional Folk Alliance (NERFA) Conference. In a survey of folk radio DJ’s from across the country, the album was the 8th most played recording of 2019. And that was from an album that wasn’t released until June 2019.

Ellis Paul, who now calls Charlottesville, Virginia, his home base, grew up in Aroostook County, graduated from Presque Isle High School, and traveled to Boston College on a track scholarship. When a injury sidelined his running, his love for music and his writing skills soon led him to become an active member of a surging Boston folk music scene. Over the years, he has won major Boston Music Awards 12 times. And in 2014, he was in the inaugural Maine Music Awards Hall of Fame class, along with David Mallett.

The Storyteller’s Suitcase is a wonderful collection of songs with “story” being the key word. The song, Scarecrow In A Corn Maze tells of the problems faced by a small-time U.S.veteran. The Battle of Charlottesville relates the weekend that a right-wing rally came to Paul’s adopted hometown. Before the weekend was over, three people had died and and the entire country was in an uproar.

There are many Maine name drops throughout, “picking up a “walkin’ man … on a road in Millinocket” and the song Five Alarm Fire on the 4th of July shares a surprisingly humorous story of a huge 1979 holiday fire at the family homestead in Washburn, Maine.

I should mention that Ellis is also a talented graphic artist. The album cover and the booklet of this CD is filled with his charming illustrations. And it is packaged as a CD case-sized hardcover book.

There are travel songs on this album, which is expected when you know that Ellis spends many weeks of each year traveling coast-to-coast, bringing his live performances to audiences in concert halls, church stages, folk coffeehouses, and house concerts. This is presented in song with Kiss Me ‘Cause I’m Gone and truly so in the title song, The Storyteller’s Suitcase. As his notes on the song state: “Suitcases, guitars, journals & pens, Late nights drinking with strangers and friends … Bar and theaters, stages and spots.These are the things that make up the life of a traveling songwriter.”

Live in concert, Ellis Paul keeps his audience spellbound. His songs and the characters within capture the hearts and attention of those listening. His guitar playing is mesmerizing. And then Ellis the Storyteller emerges. Between songs, even during songs, his spoken poetry and stories draw you in and make you wish he could stay all night, telling tales and spinning his magic.

Twenty albums in, Ellis Paul still continues to weave his songs and tell his stories and clearly still has many more to share. The Storyteller’s Suitcase is very deserving of the accolades it has received.

Tim Forsman has had a lifelong love of music and “no talent to create it myself.” I’ve hosted a radio show, “Jigs, Hoedowns & Songs O’Tragedy” at Colby College, on WMHB Radio for over 30 years.

GROWING YOUR BUSINESS: Your products are your jewels Camp Bomazeen to break out new logo for 75th season
Scroll to top