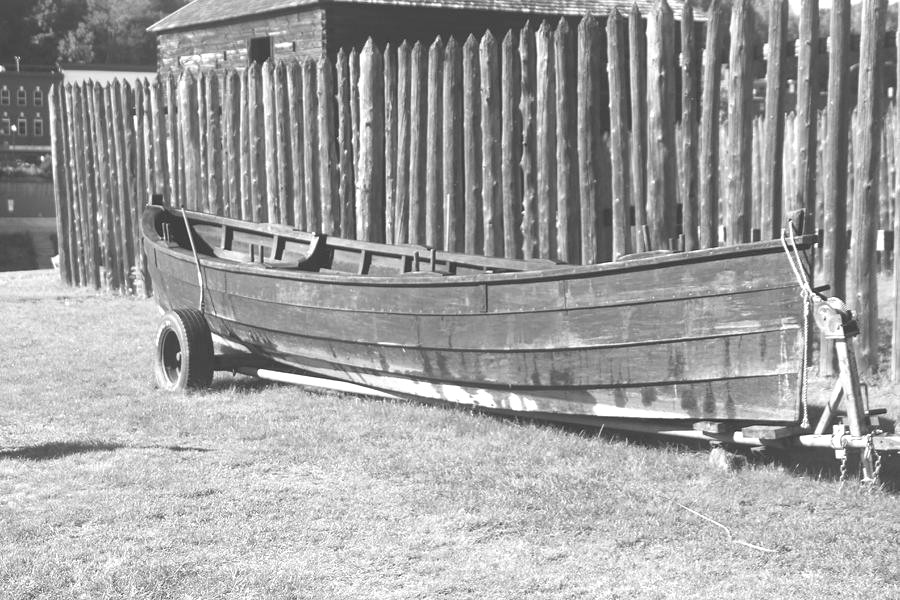 Replica of a bateaux that Benedict Arnold and his army took up the Kennebec River on their march to attack Québec City in 1775.

The Second Continental Congress authorized an invasion of Québec, in part on the urging of Arnold — but he was passed over for command of the expedition. He then went to Cambridge, Massachusetts, and suggested to George Washington a second expedition to attack Québec City via a wilderness route through Maine.

He received a colonel’s commission in the Continental Army for this expedition and left Cambridge in September 1775 with 1,100 men. Part of their journey came up the Kennebec River and passed through Augusta, Waterville and continued northward. That is why Rte. 201 is often referred to as the Arnold Trail. Artifacts from an encampment have been found on the river’s banks. He arrived before Québec City in November, after a difficult passage in which 300 men turned back and another 200 died en route.

He and his men were joined by Richard Montgomery’s small army and participated in the December 31 assault on Québec City in which Montgomery was killed and Arnold’s leg was shattered. His chaplain Rev. Samuel Spring carried him to the makeshift hospital at the Hôtel Dieu. Arnold was promoted to brigadier general for his role in reaching Québec, and he maintained an ineffectual siege of the city until he was replaced by Major General David Wooster in April 1776.