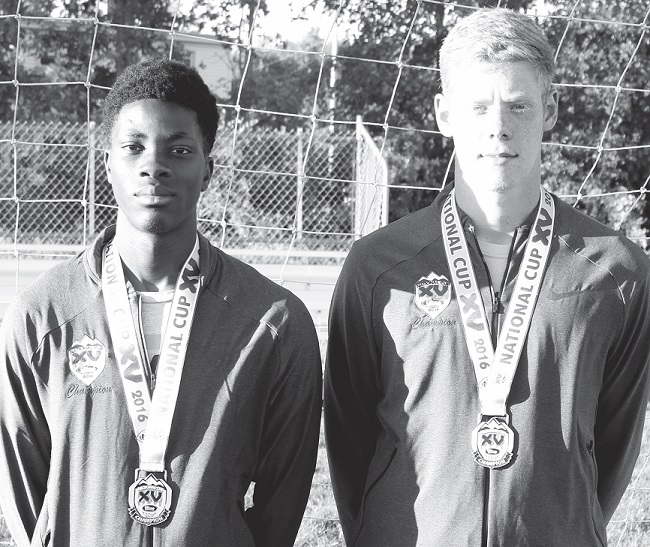 No education is complete without the opportunity to discover the world and our role in the global society. Stonehill college students, in Easton, Massa­chusetts, traveled to countries near and far in the pursuit of knowledge, humanity and service during the fall 2015 semester.

Marissa L. Jordan, of Whitefield, studied in Italy at John Cabot University, Rome. A member of the class of 2017, is studying communication and political science and international studies.

Abigail S. Weston, of Waterville, studied in Germany at Freie Universitat Berlin European Studies Program. A member of the class of 2017, is studying graphic design.

The following local students have been named to the dean’s list for the spring 2016 semester at the University of Vermont, in Burlington, Vermont: 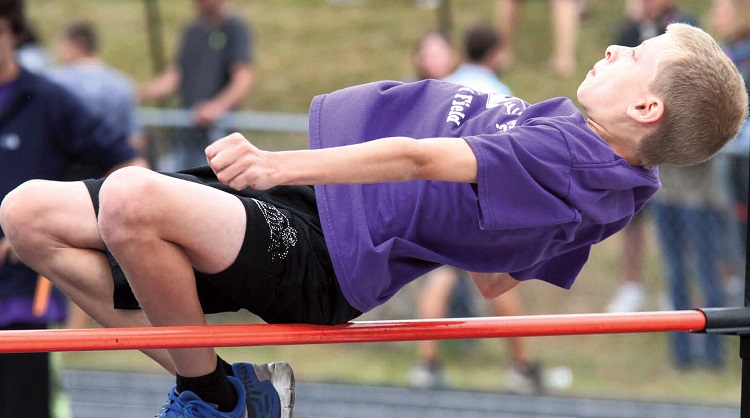 Logan Tardif, 11, of Waterville, competing in the USATF summer youth program through the parks and rec department. He was a double medalist earning two bronze medals. 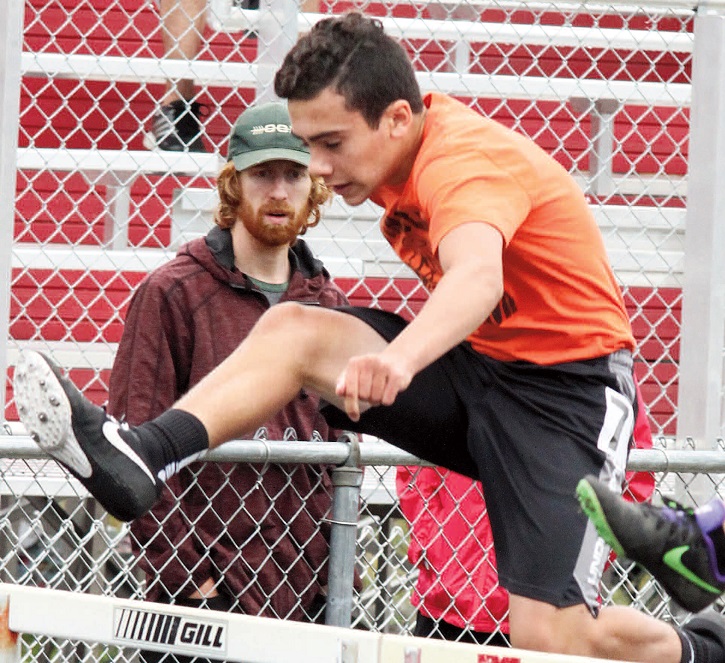 Eric Booth, of Winslow, competing in the 100 meter hurdles at the state championships, in Augusta.

New Dimensions Federal Credit Union hosted their third annual car show at the Faith Evangelical Free Church at 250 Kennedy Memorial Drive on June 4. There were 20 different vehicle classes available, ranging from antiques to street rods. More than 110 people registered their vehicles at the show, surpassing more than double the participants from the first show. NDFCU staff volunteered at the event in order to sell food, merchandise, and facilitate the trophy ceremony and silent auction. With the help of local sponsors and community donations, the event raised $12,345.16. An additional $10,000 was donated by CO-OP Financial Services’ Miracle Match Program, bringing the total amount raised from the show to $22,345.16. 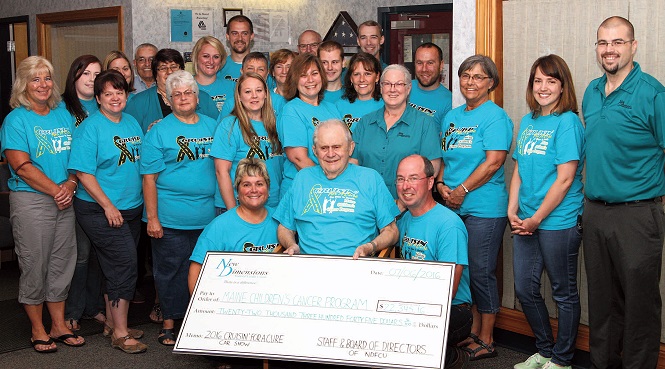 All proceeds from the Cruisin’ for a Cure Car Show are donated to the Maine Children’s Cancer Program (MCCP) on behalf of local fundraising legend Sylvio Normandeau. Since the mid 1990s, Normandeau has been inspiring others with this dedication to the MCCP, all because he made a promise to his late wife that he was going to help kids in Maine with cancer. Since making that commitment to her, he has devoted years of his life to children and their families in our state in an effort to reach his personal fundraising goal of $500,000.

For several years during the summer months, Sylvio could be found at many area businesses as well as at Sam’s Club handing out hot dogs, where he would “give you a smile, a treat, and a thank you” in exchange for a small donation. He also helped facilitate and organize the annual MCCP Walk for the Waterville area for several years and continues to place spare change containers in central Maine businesses. His mantra of no donation is too small or too big has proved successful – at the close of 2015, Mr. Normandeau has raised just over $474,000 for his charity!

On July 6, New Dimensions FCU held an event at the Waterville branch to reveal the total amount raised for the MCCP. Normandeau was overjoyed when he learned that he reached his lifetime goal of $500,000. 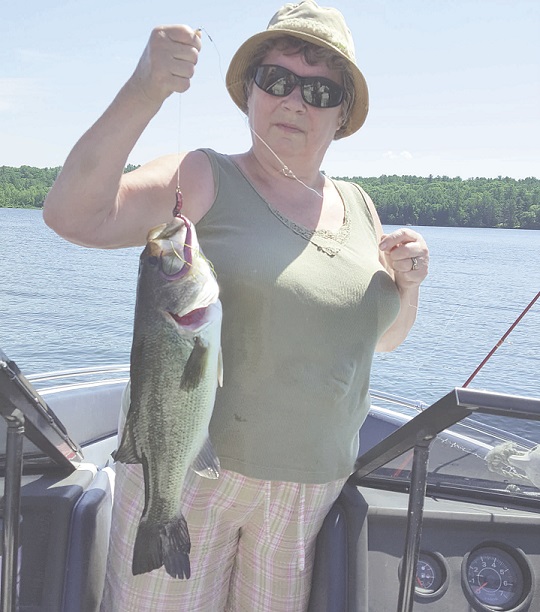 Worth the wait! Joan Hallee, of Waterville, landed this bass on July 15, while fishing on Webber Pond, near her camp. It was the first fishing outing of the summer for Joan and her husband, but was worth the wait. The bass measured 21 inches and weighed 5 pounds. She caught it on a 7-inch plastic red shad lure.

Send us your Fishy Photo at townline@fairpoint.net 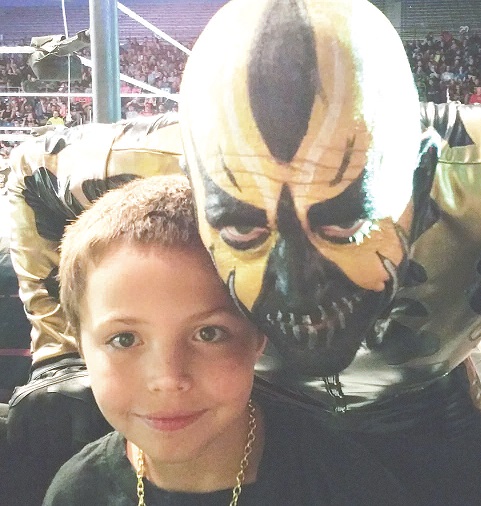 Isaiah Vear, 10, of Waterville, is pictured with WWE superstar Gold Dust at the WWE show recently held in Augusta. At the age of 10, he has met 24 present and past stars of the WWE, including Bushwhacker Luke, Kevin Nash, Enzo Amoré and Kane.
Photo by Central Maine Photography 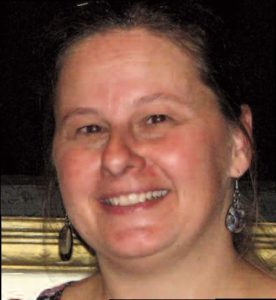 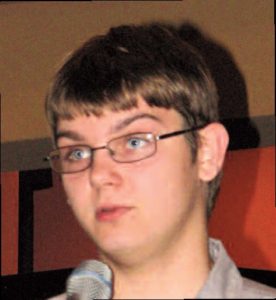