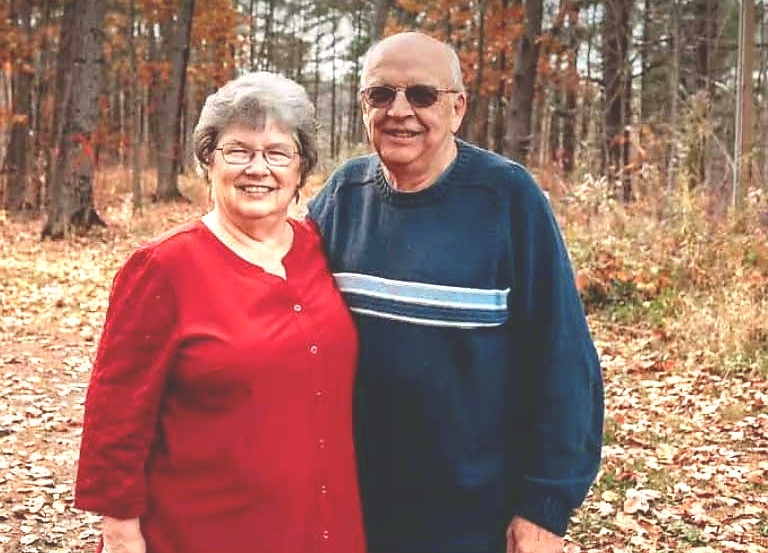 Roland and Joan Hallee, of Waterville, were feted on the occasion of their 50th wedding anniversary at a celebration held at You Know Whose Pub, in Waterville, on November 22, 2019, with 60 family and friends in attendance. The occasion was planned by their children and grandchildren.

Roland Hallee and the former Joan Dechaine were married on November 29, 1969, at St. Francis de Sales Catholic Church, in Waterville, with the Rev. Raymond Picard officiating.

The Hallees have two children, Angela Hallee, of Waterville, and Ryan Hallee and his wife Rachel, of Rome.

They have five grandchildren, Kassandra Bisson and husband Blake, of Belgrade, Travis Brunette, of Pittsfield, Hallee Brunette, of Waterville, Hunter Hallee and Megan Hallee, both of Rome.

Mr. Hallee is currently the managing editor of The Town Line newspaper, in South China, a position he has held since 2005, after also being editor of the Valley Times, in Pittsfield, and the Somerset Gazette, in Skowhegan. He also worked for 19 years with the Waterville Morning Sentinel.

Mrs. Hallee is currently the receptionist at Corpus Christi Parish, in Waterville, after retiring from a 39-year career as an inside salesperson with the Waterville Morning Sentinel.

Roland is the son of the late Conrad and Ida May (Labbe) Hallee, and Joan is the daughter of the late Raymond and Lois (Beaulieu) Dechaine, and niece to the late Adrien and Simone Paradis.