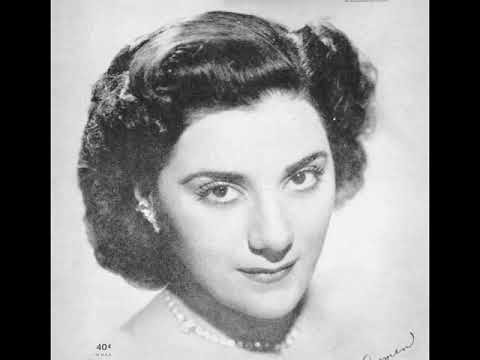 Armenian American singer Armenuhi Manoogian (1915-2011), known by her stage name as Kay Armen, achieved fame during the 1940s and ‘50s with her NBC radio show, records and appearances in films and on television. Her 1950 recording of Come On A My House appeared one year before Rosemary Clooney’s megahit.

A 1945 Decca 78, 18672, featured her renditions of the wistful Ira Gershwin/Kurt Weill song All At Once and a throwaway Back Home for Keeps with Satchmo’s all-time favorite orchestra, the Royal Canadians led by Guy Lombardo (1902-1977). She sang with a keen sensitivity to the meaning of the lyrics, a wonderful low, middle and high register, and a commanding individuality of presence.

Most of the morning while writing this, I have been listening to the numerous YouTubes of this singer, ranging from All at Once to a medley of Sinatra hits, In the Wee Small Hours, Time After Tim, etc., which she performed at a social gathering in 2007 when she was 92, and still in good voice.

The 1961 movie Hey Let’s Twist featured her and the uncredited actor Joe Pesci in his Hollywood debut more than 20 years before he cashed in with My Cousin Vinnie and Home Alone. 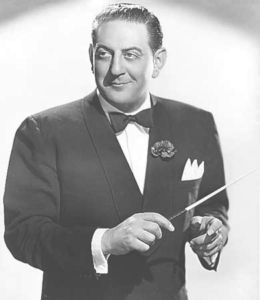 Guy Lombardo and his three brothers formed their first orchestra while still in elementary school in London, Ontario, constantly practicing in the back of their father’s tailor shop. The band would sell 300 million records. Lombardo was also a champion speed boat racer.

Lyricist Ira Gershwin (1896-1983) outlived younger brother George by 46 years and would collaborate with composers Jerome Kern and Harold Arlen. He loved listening to music with the volume turned up while his wife despised it. In 1977, singer Debby Boone gave him a Sony Walkman cassette player with headphones. The next day, he instructed his broker to invest in Sony.

Composer Kurt Weill (1900-1950) was part of Germany’s avant-garde musical theater scene, until 1933, and is most famous for the Three Penny Opera and its showstopper Mack the Knife, which made the Billboard Top Ten during the ‘50s via an Atco 45 by the late Bobby Darin. Weill collaborated several times with playwright Bertolt Brecht and was married to one of his best interpreters, singer Lotte Lenya (1898-1931).

Up and down the Kennebec Valley: Historic listings, Augusta Part 9 I’M JUST CURIOUS: One more week of fun marital questions
Scroll to top