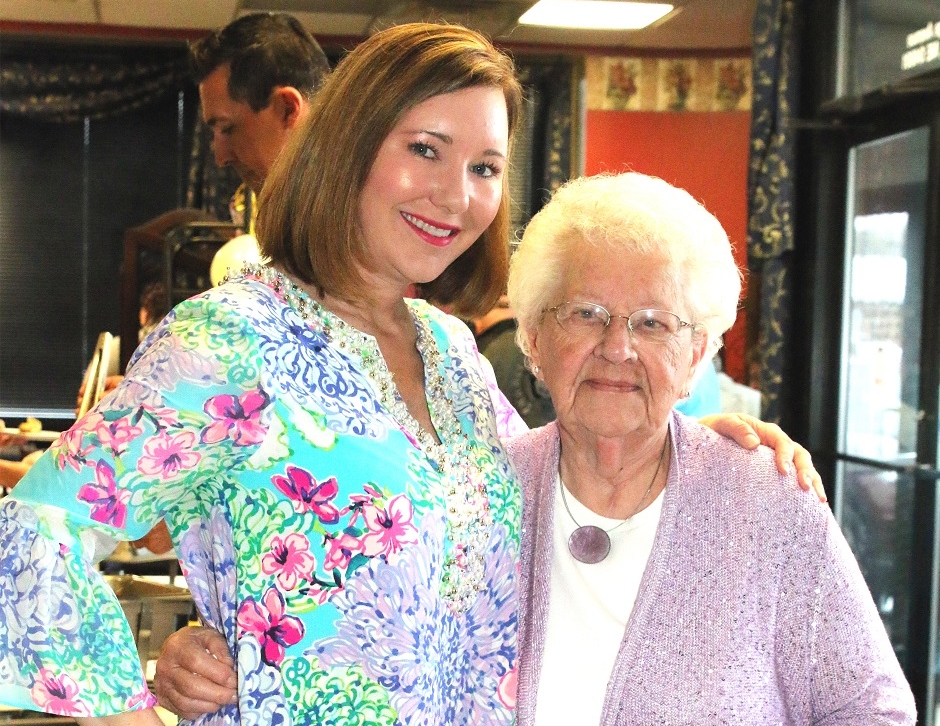 Irma Richard and Andrew Wilson gave birth to their daughter Theresa on April 18, 1919, in Brunswick. Theresa was one of 11 children. She and her sister, Yvette Griffin, age 98, are the only two remaining. Theresa continued to live in Brunswick until moving to Waterville when she married the love of her life, Emile Gagne, on October 3, 1942. Emile and Theresa have three children, six grandchildren and four great-grandchildren. Joan (George) Meier, of Oakland, Lorraine Landry, of Waterville, and Bob Gagne,and wife Patti, of Waterville. Michael Meier and Debbie Meier, both of Oakland, Carrie (Nick) Peterson, of South Carolina, Mindy Landry, of Waterville, Randi Burns, of Waterville, and Renee and Chris Slaney, of Benton. 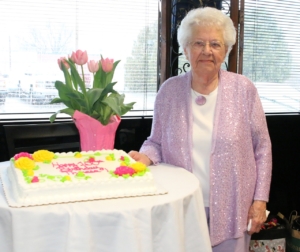 Theresa Gagne poses next to her birthday cake. (photo by Missy Brown of Central Maine Photography)

Emile and Theresa celebrated their 69th wedding anniversary just a few months before Emile passed away at the age of 90. Throughout the years, Theresa worked in several mills before retiring in 1977 at Bates Manufacturing, in Augusta. Theresa enjoyed several hobbies such as needlepoint, working with stained glass, quilting and jewelry making. Theresa still enjoys gardening, cooking, entertaining and spending time with family and friends. Theresa continues to live on her own without any assistance and even renewed her driver’s license for another five years.

On Friday April 19, the family hosted a surprise party for family and friends at Eric’s Restaurant, on College Ave., in Waterville.

I’M JUST CURIOUS: May crazy holidays Mud season arrived on time; with a glimpse of summer
Scroll to top