Trying to make sense out of absentee ballot applications 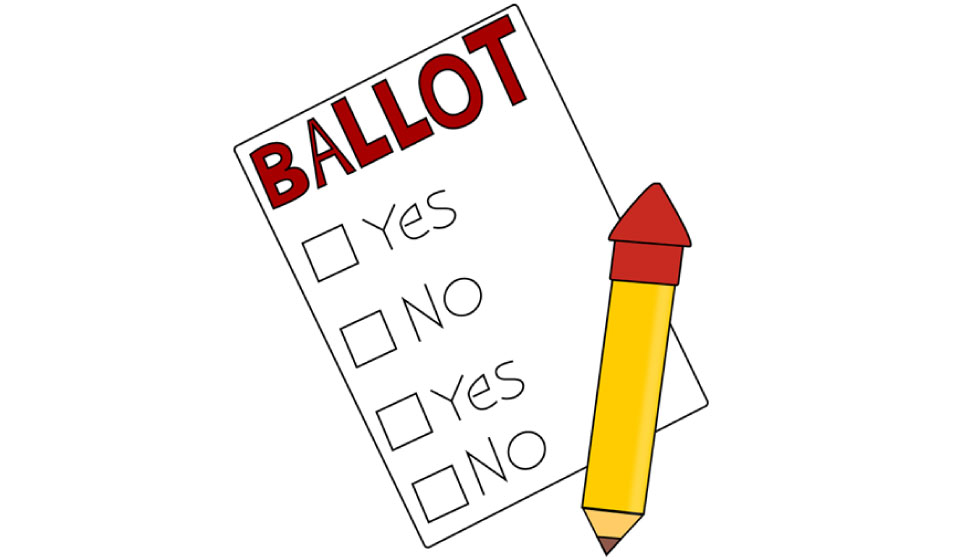 With the push by municipal officials encouraging voters to cast their ballots early, and the aggressive campaigns taken by political candidates to get-out-the-vote, much confusion has surfaced as to the process of voting absentee. At the head of the confusion is the fact that many households are receiving multiple unsolicited applications in the mail. According to area election officials, individual voters are receiving multiple absentee ballot applications.

Michelle Flewelling, Fairfield town manager, stated, “There are two registered voters at my address, we have received eight absentee ballot requests in the mail so far…” by Roland D. Hallee

CHINA — China Planning Board members decided at their Sept. 22 meeting they should prepare a separate ordinance to set requirements for solar developments, instead of trying to amend the existing land use ordinance…

CHINA — China selectmen agreed to two temporary closings at their Sept. 28 meeting, one their own doing and one not.
At the transfer station, the free for the taking building, sometimes called the swap shop, will be closed indefinitely, effective immediately. Reopening will depend on state guidelines concerning Covid-19 safety measures…

PALERMO — Ashley Wills, of Palermo, took this spectacular sunset over Sheepscot Lake on September 25. The sunsets in recent weeks have been remarkable (photo)…

RAYMOND — The boyhood home of the legendary author of The Scarlet Letter and The House of the Seven Gables in Raymond, Maine—known with great affection by locals as “the Hawthorne House” and listed in the National Register of Historic Places since 1969—is at risk of serious structural damage if major repairs are not made soon…by David Carew

by Chris Orestis — As the use of personal computers and cell phones has grown over the last two decades, identity theft has surged. One study found that over 14 million consumers were victims of identity fraud in 2018, and that their out-of-pocket costs totaled $1.7 billion…

RV owners are the surprise financial success story of the year

(NAPSI) — Millions of Americans who own an RV have it parked in their driveway or a storage facility for the better part of the year. With many families wary of airplanes and hotels these days, it may be time to consider renting your rig to make some serious cash…

WINSLOW — Volunteers and donors are needed to continue as funds have dwindled over the past few years. Anyone interested can call Karen Loftus and Patti Libby at Winslow Supply Company, 567 Benton Avenue at (207) 873-5608…

LETTERS: Vote for the good of the town

from Sheldon Goodine (China) — The heading in the local and state section of the Kennbec Journal (Sept. 24, 2020), was “5 candidates vie for 3 seats in China.” This brought back some old and new memories of the operation of the town of China…

LETTERS: Visiting with our loved ones

from Frank Slason (Somerville) — I cried as I mailed my beloved wife an anniversary card, marking our 62nd one. I cried, because of Covid-19, I wasn’t able to see her for three months during the lockdown, and now, I am lucky to see her twice a month, outside, six feet apart at a table…

Dear Reader: For the past 32 years, The Town Line has pledged a mission statement to “create a vibrant rural community connecting our towns, organizations and individuals through communication, education and public dialogue.” It’s all part of The Town Line’s mission to be a positive force in our community…

Up and down the Kennebec Valley: Transportation: roads (New)

MAINE HISTORY — Previous articles have discussed transportation by water and overland by railroads, local and long-distance. This article discusses aspects of the evolution of roads and travel over them. Laying out roads was a major task for local governments in the late 18th and early 19th centuries… by Mary Grow [1877 words]

Up and down the Kennebec Valley: Railway transportation

MAINE HISTORY — Although the narrow-gauge railroad that was built inland from Wiscasset starting in 1894 never reached either Québec (its first name was the Wiscasset and Québec) or Waterville or Farmington (later it was the Wiscasset, Waterville and Farmington), as the WW&F it was an integral part of towns along its route. Reminiscences from Palermo include the WW&F… by Mary Grow [2155 words]

Up and down the Kennebec Valley: Wiscasset, Waterville & Farmington

MAINE HISTORY — When railroads first began operating in the United States, different companies used different gauges (width between the tracks). “Standard gauge” ranged from four feet eight-and-a-half inches (imported from Britain, used by the Baltimore & Ohio and Boston & Albany lines, among others) to six feet (used by the Erie and the Lackawanna, among others), and was not definitely established at four feet eight-and-a-half inches until after the Civil War…  [1735 words] by Mary Grow

CHINA — I attended grammar school in a two-room schoolhouse in the village of China at the northern end of the lake. It had two rooms, each with four grades, the younger kids on the ground floor and the older children on the second, each room with its own teacher… by Richard Dillenbeck [961 words]

by Roland D. Hallee | During the still of the night at camp, we can hear the sounds of barred owls communicating with each other. One night last week, we could hear three calling out for each other from different locations. It’s not quite as soothing as listening to the loons, but it does put me back to sleep…

The three most common owls in Maine are quite different

by Jac M. Arbour | It’s a great question. And the answer is usually straight forward. For an employee, the idea of not going to work anymore after a certain age, yet still receiving an income to live life on their terms, is the specific purpose of a retirement plan…

by Peter Cates | A few years ago, I wrote about the biography of Alfred Kazin (1915-1998), one of the finest writers on literature and any other subject he turned his attention to. In 1988, Knopf published his huge coffee table volume, A Writer’s America, which is a celebration of his lifelong fascination, come horrible Hell or glorious high water, with the American landscape…

by Debbie Walker | My friend, Ms. Barbara, gave me her copy of the latest edition of her AARP magazine. In it was an article by Ruth Reichl, The Changing American Table. The article was interesting and she brought a few questions for the reader…

A little bit of history

by Marilyn Rogers-Bull | Can’t begin to thank the Solon School News person who sent so much school news for me to send out to all you faithful readers, it made my day! The following is the Principal’s Message: “The Solon staff and I wish to welcome our new students in grades Pre-K-5 and their families to our school and to welcome back those who have been with us before…”

(NAPSI) —If you or someone you care about is among the 48 million Americans who experience hearing loss, here’s some news for you. Access to communication is especially vital during national emergencies such as the COVID-19 pandemic, which has left many Americans isolated due to physical distancing. Fortunately, services such as Internet Protocol Captioned Telephone Service (IP CTS) empower people to connect..