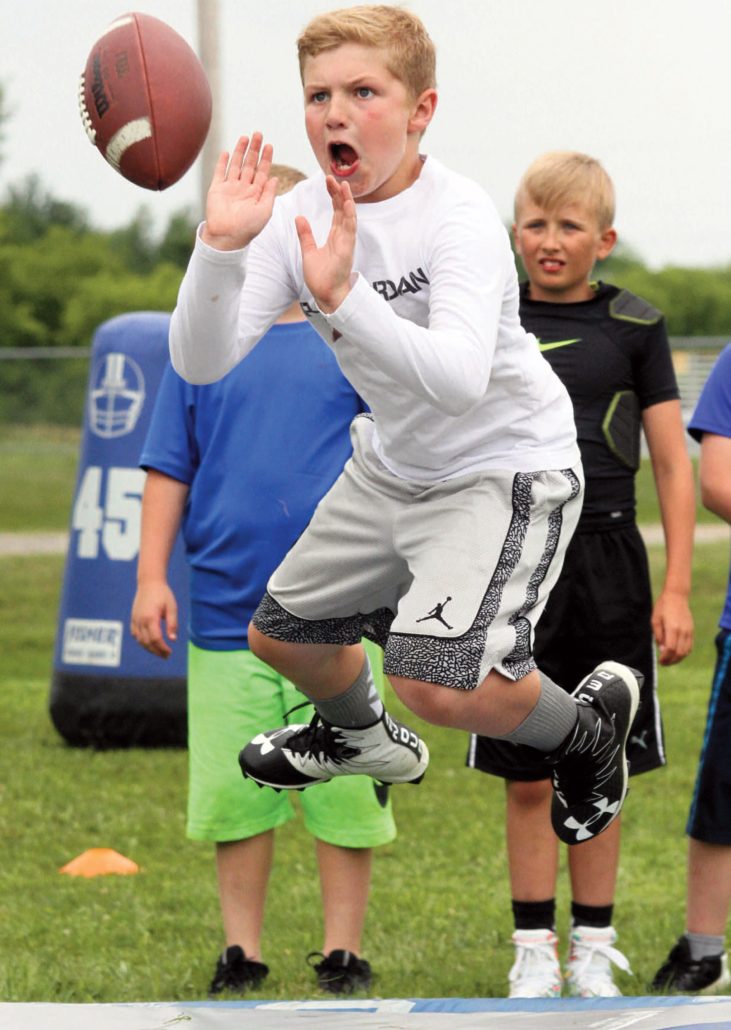 It is free to apply for the any-deer permit lottery. The drawing will be held on September 8, and results will be posted on the department’s website. 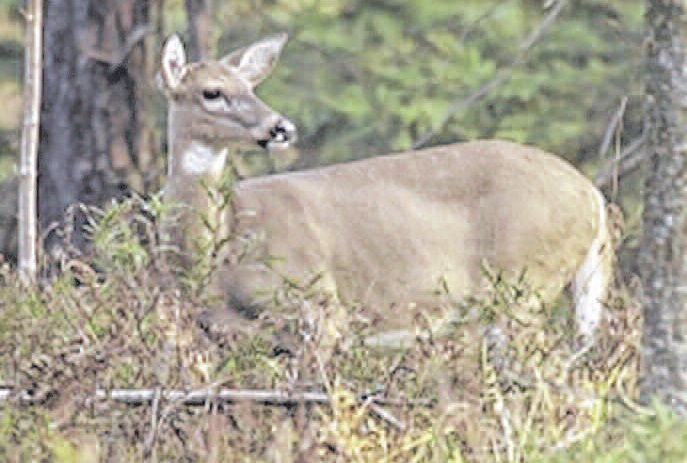 The department uses the any-deer permit system to manage the white-tailed deer population in the state. The ability to enact change in the state’s deer populations derives from the ability to increase, or decrease, the number of breeding female deer on the landscape. By controlling the harvest of female deer in the 29 regional wildlife management districts throughout the state, biologists can manage population trends.

With last year’s winter below average in severity, more permits can be issued. White-tailed deer are at the northern edge of their range in Maine, and winter severity is a limiting factor concerning population growth. The 2015-16 winter proved to be mild in nature, in fact it turned out to be one of the mildest in the last 60+ years which often results in an increase in the deer population. To offset potential population increases due to increased juvenile survival, MDIFW increased Any-deer permit (ADP) allocations by approximately 60 percent (45,755) from the 2015 allocation of 28,770.

Deer hunting season (firearms) begins with Youth Deer Hunting Day on Saturday, October 21. Youth may take a buck statewide or an antlerless deer only in the wildlife management districts where any-deer permits will be issued this fall.

This year, Maine Residents Only Day is on Saturday, October 28, and regular firearms season for deer runs October 30 through November 25. Note: this year, a nonresident who owns 25 or more acres of land in Maine and leaves land open to hunting, holds a valid hunting license, and is not otherwise prohibited by law, may hunt deer on the resident only day.

I guess by now you know that I will read most anything. I’m just curious about your interests (oops, you are reading this column!) It was said of a friend of mine that she would read toilet paper if it had words on it.

I do enjoy reading a lot of different subjects and tonight it has been ads for T-shirts with different sayings on them. So… the T-shirt sayings are pretty funny. The following ones came from a catalog called “Things You Never Knew”:

• I may have the right to remain silent… but I don’t have the ability.

• I try to take one day at a time but sometimes several days attack me all at once!

• Not sure if I washed the spider down the drain in my shower or if he took one look at me naked and then leaped willingly to his death!

• People who Tolerate me on a daily basis…they are the real heroes! (Yup Ken is my hero)

• Don’t let my motorcycle ride interfere with the safety of your phone call! (Please be careful about motorcycles)

• Don’t follow in my footsteps…I think I stepped in something!

• I should be ashamed of my behavior, let’s be clear here I’m not but I should be. (I have too much fun!)

• You know that little voice inside your head that keeps you from saying things you shouldn’t? I should probably get one of those.

• Let’s stop sending money to other countries and let them hate us for free!

• I don’t do drugs and I don’t drink, at my age I can get the same effect by standing too fast!

• When is this “Old Enough to Know Better” supposed to kick in?

• Why is it I can remember the lyrics to my favorite song in high school 20 years later, BUT I can’t remember why I came to the kitchen? (that’s a daily happening thing around here.)

• Have you hugged an idiot today? Me neither, come here.

• Respect Your Elders; they graduated school without the internet!

• I just did a week’s worth of Cardio after walking into a spider web!

• I plan on living forever, so far so good!

• Give me one good reason to act my age!

• Common sense, so rare it’s kind of a superpower.

• Prayer is the best way to meet the Lord BUT messing with my daughter is faster!

There are so many more sayings, and this is just three pages of them! I hope they gave you a giggle or two or three. I’m just curious what your favorite would be! So… contact me at dwdaffy@yahoo.com sub: T-shirts.

Once again, thank you for reading.

My Best to You; My Last Goodbye

The very gifted singer/bandleader, Eddy Howard, died of a cerebral hemorrhage in his sleep during the night of May 23, 1963, at the very young age of 48. I have written about him before in these pages and will simply state that his 78s, 45s and LPs of ballads and easy tempo love songs still give me great pleasure, upon re-hearing. The wistful My Last Goodbye and the effusive My Best to You, a re-recording of a 1946 hit, are wonderful examples of what could be described as romantic, late ‘40s to ‘50s pop with touches of real blues. 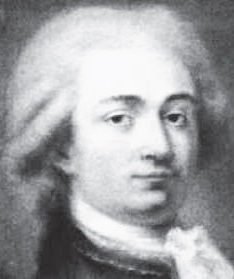 Karl Munchinger (1915-1990) founded the Stuttgart Chamber Orchestra just after World War II and led it for just over 40 years, retiring in 1988. I have enjoyed every record of his that I have heard, if not own. These three works are given spirited performances that will give much pleasure to both newcomers to classical music and to seasoned collectors! This recording of Vivaldi’s Seasons is the second of three for London that the Maestro did, each one with a different fiddler. I own the early fifties mono lp, along with the above, which I like better by a tiny margin because of more rhythmic bite. 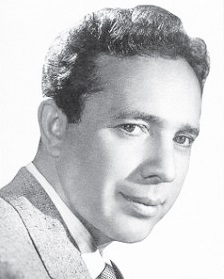 Igor Gorin (1904-1982) was a popular opera and concert singer on radio during the mid ‘30s throughout the ‘40s and recorded 78s for Victor, starting in 1936. His singing on side 1 of the above record of Rossini’s most famous opera aria is quite good, with a fine accompaniment by an orchestra under the conducting of Howard Barlow, Music Director of the CBS Radio Orchestra from 1927 to 1943.

Side two has the Pennsylvanians under their founder and leader, Fred Waring (1900-1984), giving a most festive rendition of the spiritual Ol’ Moses…, itself of average quality. However, I do own a sizable number of the group’s records for Victor, Decca, Capitol and Reprise; at one point in the forties and fifties, it was the most popular choir in the U.S. and former President Dwight Eisenhower watched its TV show every Sunday night, without missing one episode.

The V Disc label provided records for broadcast over armed forces radio stations and several of them are in my collection.

BOSTON, MA (06/08/2017) — Katherine Thompson of Waterville was named to the Emmanuel College Dean’s List for the Spring 2017 semester. To earn a spot on the Dean’s List, students must achieve a grade point average of 3.5 or higher for a 16-credit semester.

Select students have been named to the Spring 2017 dean’s list at Roger Williams University, in Bristol, Rhode Island. Full-time students who complete 12 or more credits per semester and earn a GPA of 3.4 or higher are placed on the Dean’s List that semester.

Area students include Jordan King, of Liberty, and Michael Oliveira, of Waterville.

The order deadline for the August 4 shipment of tree-ripened New Jersey peaches is fast approaching. Last call for that shipment will be Wednesday, July 26. There will be two more shipments, however, on August 11 and August 25, but quantities are limited. Some nectarines will also be available. Please call Connie Bellet at 993-2294 or e-mail pwhitehawk@fairpoint.net.

Proceeds from this sale will go toward a well for the Palermo Community Center and Food Pantry. Your support is highly appreciated!

In one week Purnell Wrigley Field, in Waterville, and the Waterville Cal Ripken program will be hosting the 11U New England Regional Tournament. This is the largest tournament in the nation for 11U Cal Ripken baseball players, with the winner being crowned the top 11U team in New England.

This is the era of the realization of the value of the commitment of our men and women in uniform and those who have retired their uniforms. There has been no more advantageous time in our history to seek benefit befitting the sacrifices that our defenders have given. “Thank you for your service” is heard by so many veterans today but only recently has this been equated to an actual, tangible benefit in the lives of those who have been willing to sacrifice all so that we remain Americans and enjoy the freedom that so many countries around the world don’t enjoy.

An example that I am familiar with is our “Blue Water Navy,” which were navy ships anchored or patrolling off the shores of Vietnam while defoliates (Agent Orange) were being sprayed over the country side to kill the vegetation so the enemy would be exposed. For approximately 40 years the government denied any relationship between these chemicals and the diseases that our military succumbed to. Our government took the stand that the chemical only involved the soldier that had “boots on the ground.” Now because of great advocacy by our veteran advocates and political leaders such as Senator Olympia Snowe and current Senator Susan Collins most of these issues are being treated as service connected and compensated.

All states have great advocacy groups such as Disabled American Veterans, American Legion, Veterans of Foreign Wars and the Bureau of Veterans Affairs. Also there are some independent advocates that work behind the scenes. Here in Maine our advocates are located, for the most part, at the Veteran’s Administration, Togus, Maine. Their phone number is 207-623-8411 if you would like to contact someone.

I would be remiss in my reporting if I didn’t mention the #1 affliction to especially combat veterans, although there are other military personnel that have this problem for other reasons, P.T.S.D.. (Post Traumatic Stress Disorder). For many years this was the most difficult problem for which to receive help. However, recently there has been a push to take a closer look. This new attitude has resulted in many previous denials to now be acknowledged as accepted and those thousands of veterans who once were lost are now found and are receiving the help they need. So, if you are one that was denied in past years it might be advantageous to visit your VA center once again.

There are so many things that have changed in the VA system that benefits our veterans. It is well worth the time to visit the VA and speak with a veteran’s advocate or service officer. They have a wealth of knowledge and can steer you in the right direction. I have written/developed cases for more than 35 years and can assure you that things are very user friendly these days.

This is the time of year that we salute our men and women in uniform and pay our respects to those who have given their all. It’s a time to think about all the dreams and aspirations that have been ripped away, never to be realized. Just think about it for a moment. Perhaps one of your friends, family or ancestors made the supreme sacrifice. What would they have achieved had they lived? We’ll never know but we have so much opportunity because of their sacrifice.

I have traveled this world and have seen so many people who have looked at me with longing. It’s not because I am great to look at, it’s that I am an American and they can see the freedom in my face, what I am allowed to do and where I am allowed to go. Most observers in the third world can only dream of having that kind of freedom. I have learned that my being an American is precious and worth any price that I have ever had to pay. It’s a fact that some take freedom for granted every day; that is just the way it is. However, when you pass a veterans cemetery, you will start to realize that your freedom isn’t really free at all. Someone paid a very big price for that. Take care and God Bless America.