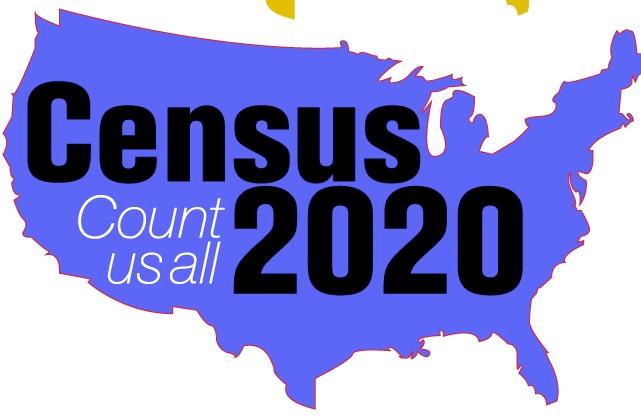 Some of you may have noticed a strange man or woman snooping around the neighborhood with a briefcase. Do not be alarmed. This is not a new type of high-class burglar brazenly scoping out your house for a midnight break-in.

Adrian Cronkhite, a partnership specialist with the United States Census Bureau, recently stopped by the China for a Lifetime Committee meeting to explain what they are up to. “We’re starting to conduct address canvasing – that’s determining where to count,” he said. “We send our address canvasers out to check to see if an address is still there.” Around ten percent of the U.S. population moves each year, which makes this preliminary step essential to conducting a successful census.

In most cases, said Cronkhite, address canvasers will not even need to knock on a door. They are simply trying to determine if an address has someone living there, and this can often be determined without bothering the homeowner. Address canvasers will be carrying an official badge identifying them as a government employee.

Nearly 14,000 Mainers are being enlisted in the effort to conduct the 2020 Census, and many positions are still available. Anyone looking for a short term job — typically lasting for 8-10 weeks — is encouraged to visit 2020census.gov/jobs. Most positions pay $16.50/hr and $0.58/mile.

Cronkhite also cautioned that people should be on the lookout for scammers. “If someone comes knocking on your door and they’re asking for a credit card, or they’re asking for money or anything like that, that’s fraud,” he said. “That’s not the census. The Census Bureau will never ask you for money. They won’t ask for your credit card number. They won’t ask for your social security number.”

Adrian Cronkhite took a roundabout path to his own position as a partnership specialist with the Census Bureau. Growing up in Dexter, he went to the University of Maine at Machias before enlisting in the military where he served for 14 years as a Green Beret in the Special Forces. That was followed by 12 years as a defense contractor and another eight years working directly for the federal government. Returning to Maine recently from Colorado, he bought the old Dexter shoe factory, closed in 2000, which he is in the process of renovating. He hopes to turn it into a shelter for homeless veterans when he retires following his current work for the 2020 Census.

The United States Census is required by Article 1, Section 2 of the Constitution, which states: “[An] Enumeration shall be made within three Years after the first Meeting of the Congress of the United States, and within every subsequent Term of ten Years, in such Manner as they shall by Law direct.” The first meeting of Congress was in 1789, with the first nationwide census conducted in 1790. This will be the 23rd census in the history of the United States.

An accurate count is essential, Cronkhite explained, in order to correctly apportion more than $675 billion in federal funding, of which around $4.1 billion is headed for the State of Maine. Census data is also used to define legislative districts, school districts and voter precincts.

The census will officially kick off on April 1, 2020. Each household will be sent a postcard with 10 questions. Everyone is required by law to complete the questionnaire. Answers can be completed by mail, over the phone by 800 number, or online using a unique security code provided by the Census Bureau.

According to Cronkhite, 17 percent of China residents did not complete the census in 2010. “If you don’t respond,” he said, “someone will come knocking on your door, and nobody wants that.”

Cronkhite emphasized that information the census collects is completely confidential. Census Bureau employees like Cronkhite are barred for life from revealing any information under Title 13 of the criminal code. “We cannot share the information with anybody,” Cronkhite explained. “If I was to share someone’s personal information, I can be fined $250,000 or five years [in federal prison].”

The census’ electronic infrastructure also has some of the best security in the world. “Sixteen hundred times a day someone tries to break into the census data,” said Cronkhite, “and no one’s been successful yet. We have our own standalone system. Your information is not going to be shared with the world.”

The personal information of individuals is never provided to anyone outside the Census Bureau – not the Congress, not even the President. Only statistical breakdowns are given to the legislative and executive branches of government. In fact, this same statistical information is available to the public and can be browsed by going to the web address factfinder.census.gov.

Maine presents a special problem to the Census Bureau. “Maine is a different animal,” Cronkhite said. “Maine and Alaska. There’s a lot of people living in northwest Maine that don’t even want to be recognized or found, so they are actually using satellite footage now to track down residents — [to find out] where people are living or staying – and I’ll have to get on a snowmobile or four-wheeler to go up there next April.”

So, if you see a stranger prowling around your property, don’t shoot! It might just be a 2020 census employee.