Regional School Unit (RSU) #18 officials are presenting voters in the five member towns – Belgrade, China, Oakland, Rome and Sidney – with a $13.9 million bond issue that they hope will be approved at the polls Nov. 7.

Voters in China also have local elections and three local referendum questions, including one asking approval to spend money.

At the first of a series of hearings on the bond issue, on Oct. 23 at China Primary School, RSU #18 Superintendent (and former China principal) Carl Gartley explained what the bond money would be used for. About $10 million will be spent to repair and update school buildings; $3.9 million will help build a new athletic complex at Messalonskee High School in Oakland.

A Facilities Committee composed of community members, RSU staff and the state Fire Marshal recommended funding priorities, Gartley said. The two China schools are slated to get almost $2.4 million worth of work, mostly at the older China Middle School.

Gartley said the committee’s tasks included catching up on work postponed after the 2008 financial downturn, emphasizing safety and looking toward future needs. Since 2010, he said, state funding has decreased and voters continue to resist local tax increases. As a result, in the last eight years China’s school budget has gone up by 6.61 percent, or an average of 0.83 percent per year, not enough to keep up with rising prices. Building maintenance has suffered, despite the RSU applying for and receiving loans from the state’s revolving loan fund.

Proposed improvements at China Middle School include a reorganization and expansion of the gymnasium, a new boiler, a new Americans with Disabilities Act compliant back entrance, paving and interior and exterior lighting upgrades.

China Primary School is slated to get roof repairs to stop leaks, a generator for the boiler room and paving and lighting. Modern lights should reduce costs, Gartley added.

The Messalonskee athletic complex is needed, Gartley said, because the current facility lacks handicapped access and other amenities. He emphasized that the complex would be for youth sports, gym and health classes and community use, not just for high-school sports teams.

The proposed fire pond would be an enlargement of an existing pond just south of the intersection of Neck and Stanley Hill roads, with permission of the two landowners involved. The project would include an area for fire trucks to load water.

During selectmen’s discussions of the questions, Town Manager Daniel L’Heureux said many of the nonprofit groups who seek town support already provide the information that would be required if voters approve the second question.

The town’s tower might be competing with privately-owned area towers. People said, however, that companies seeking to rent tower space look primarily for a location that meets their needs; so the town tower would be requested when no other was as suitable. Selectmen have not talked about criteria for choosing tower users or fees to charge.

Selectmen and the budget committee recommend voters approve all three questions. China polls will be open from 7 a.m. to 8 p.m. Nov. 7 in the former portable classroom behind the town office.

From June 20 to July 20, bait your hook, cast your line and you might reel in not only fish, but cash and prizes too. In this Statewide Fishing Derby, earn your chance to win cash prizes from 50 percent of the ticket proceeds and sponsorships. This is a fundraising derby to benefit the programs of Friends of Messalonskee that directly fight the battle against the invasive aquatic plant Variable Leaf Milfoil.

There are 13 species of fish that qualify. Enter as many fish in as many categories that you wish-no limit of entries! There is no weigh station- just take a picture of the fish against a measuring tape, include the FOM ticket in the photo, and email it to friendsofmessalonskee@gmail.com. A weekly updated leaderboard will be available on our Facebook as well as our website. All first through third place winners in each category will be placed in a raffle style drawing, respectively, and winners will be drawn for the cash prizes. Out of the 50 percent purse, 60 percent of will be first place, 30% second place, and 10 percent third place. Winners also have chances to win other great prizes as well!

Winners will be drawn on July 22 at Oakfest, in Oakland, where derby door prizes will be drawn and a separate 50/50 raffle will take place. Order tickets through their website at www.friendsofmessalonskee.com or call (207) 465-8333. Derby Rules, How-to video, and other information can be found on the website! You can also go to their Facebook Derby Page: All Belgrade Lakes Fishing Derby (This particular derby is statewide.) Have fun! 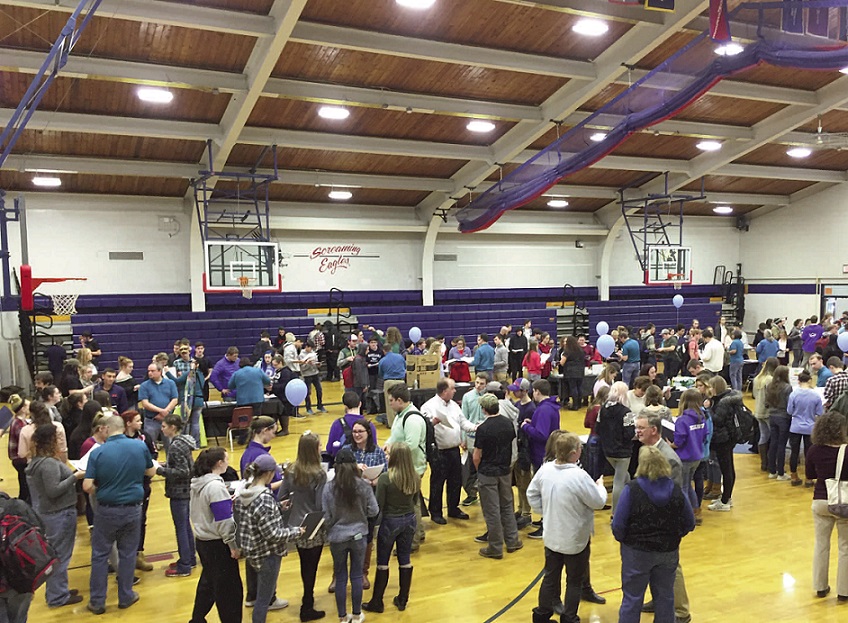 On January 17, New Dimensions Federal Credit Union arrived at Messalonskee High School, in Oakland, and set up and put on a Financial Fitness Fair for around 720 students. The mission was to provide education on financial security and basic real-life budgeting concepts. The students chose a profession and were assigned an annual salary and credit score. They then visited several booths such as housing, furnishings, credit cards, autos, student loan debt, and more. The students rounded the booths complete with little twists such as the “Reality Wheel of life” that threw in real-life “curveballs” such as speeding tickets and cell phone repairs. The test was that they had to come back with a balanced budget at the end of the exercise which needed to include a savings plan.

New Dimensions FCU President/CEO, Ryan Poulin, met with Messalonskee High School to discuss the idea and ability to host a Financial Fitness Fair for the students. This was a huge undertaking. “The importance of educating our young people about financial stability and sustainability needs to be a priority. Not enough education is provided in this area and they are not always ready for the real world,” Poulin said. 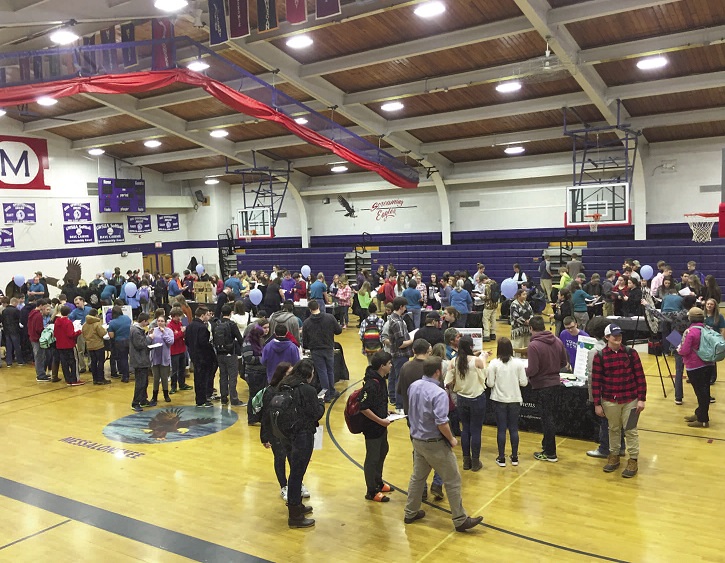 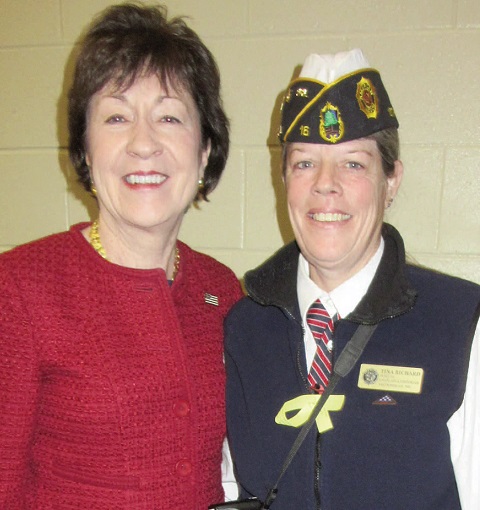 On November 4, students at Messalonskee Middle School held Saluting Our Veterans Day tribute. The ceremony began with a light breakfast, and the veterans chatting with the students. The veterans then moved to the auditorium accompanied arm-in-arm by a student under a canope of American flags. The Messalonskee High School band played America the Beautiful march, followed by the Pledge of Allegiance. A slide show was then presented of the students’ interviews at the Cole Lane Transportation Museum, in Bangor, and many poems were read about what freedom meant to the students. U.S. Senator Susan Collins was the keynote speaker. Collins stressed the fact that veterans possess two distinguishing qualities of integrity and humbleness. VFW Post #1285 announced the winner of the Patriot’s Pen Essay Contest, which was followed by a moment of silence and the playing of Taps. The veterans were then escorted from the auditorium at the end of the ceremony with much appreciation and thanks from the students. 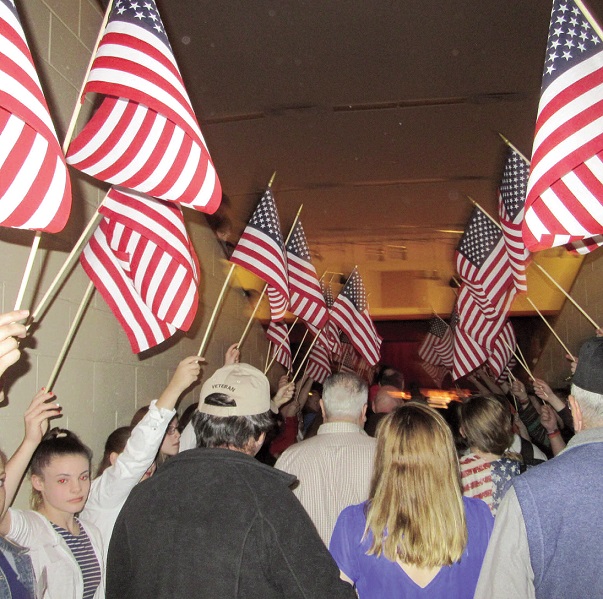 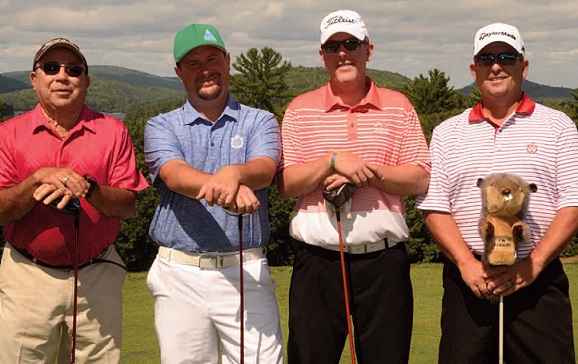 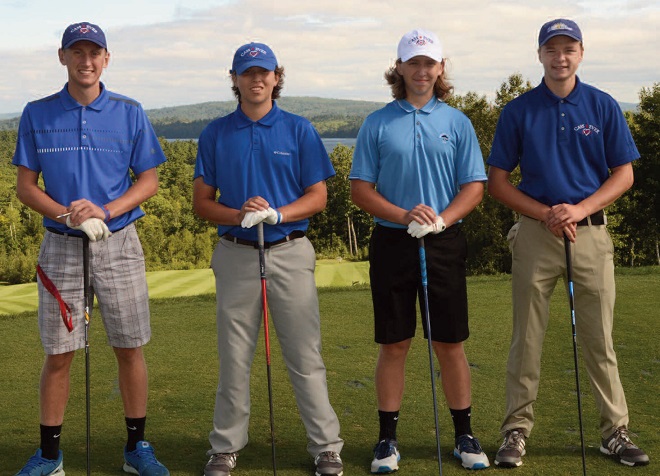 A hole-in-one challenge was sponsored by Charlie’s Family of Dealerships. Golfers were treated to breakfast, sponsored by Aroma Joe’s, snacks and water were provided by Pine State Trading and lobster rolls, salads and chowder were served throughout the day by BBBS partner The Red Barn. The event Beverage Sponsor, Valley Distributors, along with Rita’s Catering, sponsored the Awards Reception. An auction with sponsor-donated prizes raised nearly $6,000 and “ShineOnCass” sponsorships, in honor of Big Sister Cassidy Charette who died Oct. 11, 2014, raised $3,000 for local school-based mentoring programs. 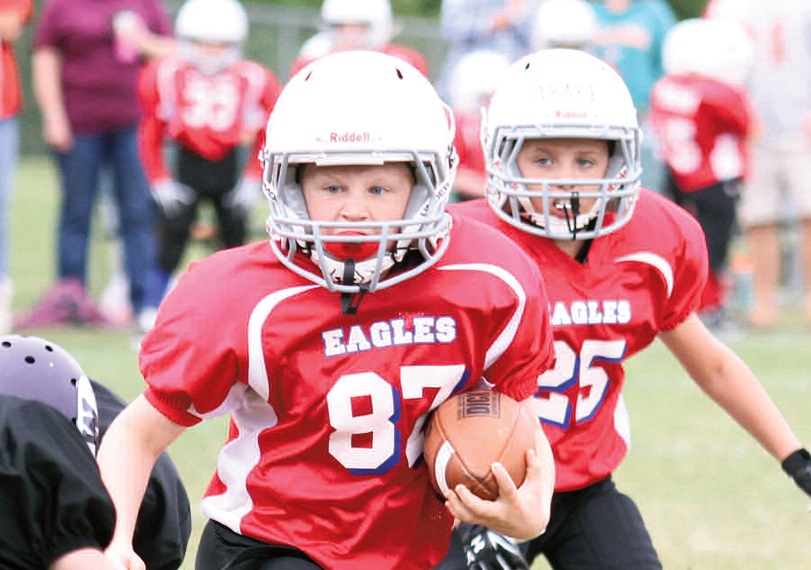 Kaitlynn Pelletier, of Waterville, will march with the 2016 Pride of The Valley Marching Band, of Lebanon Valley College, in Annville, Pennsylvania. Pelletier, a graduate of Messalonskee High School, is pursuing a bachelor of science and bachelor of arts in music education and music at The Valley.

The marching band performs at all home football games as well as exhibitions including the Cavalcade of Bands Championships in Hershey, Pennsylvania, and the Collegiate Marching Band Festival held in Allentown, Pennsylvania.

During the upcoming football season, members of the 2016 Pride of The Valley Marching Band will present its show “Rhapsody.” The premise of this year’s show is to take three great pieces of music with the word ‘rhapsody’ in the name and make a great show. “Rhapsody” features music from and inspired by “Rhapsody in Blue,” by George Gershwin, “Rhapsody on a Theme of Paganini,” by Sergei Rachmaninoff, and “Bohemian Rhapsody,” by Queen.

The following students will begin studying at Clarkson University this fall, in Pottsdam, New York, as members of the Class of 2020:

Dakota Bragg, of Oakland,  a graduate of Messalonskee High School, is majoring in environmental engineering.

Brooke Davis, of Oakland, a graduate of Messalonskee High School, is majoring in civil engineering.

The milfoil harvest season is now underway in various parts of the lake. The Friends of Messalonskee (FOM) report that these areas are under control since they first began operations in 2012. They were awarded by Maine Community Foundation’s Fund for Maine Land Conservation to purchase and deploy burlap benthic barriers over areas affecting the Messalonskee Marsh and two coves in the lake.

They are now based out of Snow Pond Center for the Arts (SPCA), also known as the New England Music Camp, where FOM will be co-hosting some events and learning opportunities for the public and the new charter school.

For more information about the Friends of Messalonskee or any of their events and programs, please visit their website at www.friendsofmessalonskee.com. They are a 501(c)(3) non-profit organization dedicated to the preservation of our precious water system and the education of its users.