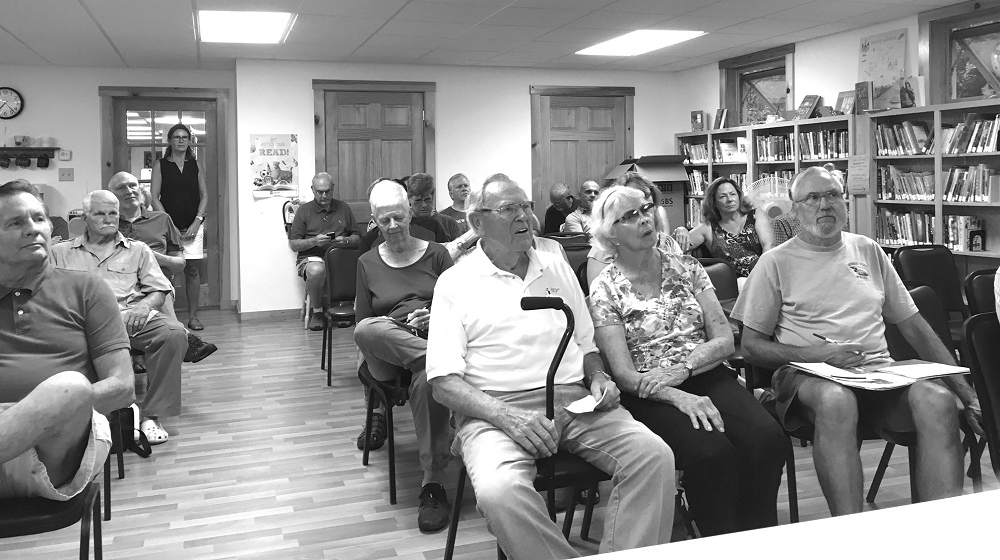 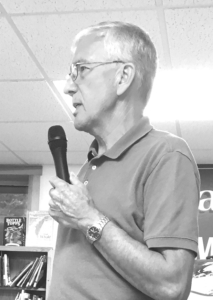 The Sheepscot Lake Association held its annual meeting on Wednesday, July 25th to a packed audience at the Palermo Library. Our guest speaker was Dennis Brown of the Highland Lake Association, located outside Falmouth. He spoke of their efforts to protect the water quality of their lake and to research the cause for its recent decline, thought to be associated with excess landlocked alewives. He also provided guidance to the lake association in our efforts to protect our lake from fish that have become landlocked in the past, and their impact to the fishing and recreational benefits as well as general health of the lake.

The Association welcomed three new members to the board; Slater Claudel, Harry Webster, and Maria O’Rourke, as well as celebrated the contribution of three founding members who have retired; Eileen Kirby, Jean Ristaino, and Roger Blomquist.

If you were unable to attend, you can join or renew your membership to the Lake Association via mail. Dues are unchanged at $20/ individual, $30 per household and $50 to become a patron. Please mail your check to Sheepscot Lake Association, Inc., P.O. Box 300, Palermo, ME 04354.

In a recent submittal by the Sheepscot Lake Association (SLA), regarding restoring anadromous fish passage into and from the lake in the July 19, The Town Line, Carolyn Viens of the SLA stated, “…the residents of Palermo won a major battle in the opposition to LD 922, the legislative bill mandating the opening of the Sheepscot Dam to alewives and other migrating fishes which would have had a negative impact on the health of the lake.”

Ms. Viens provided no evidence of her claim that anadromous fish restoration “would have had a negative impact on the health of the lake.” Ms. Viens also failed to note that L.D. 922 would have also (1) required the Department of Inland Fisheries and Wildlife to cooperate with the Department of Marine Resources (the two agencies have had and continue to have a decades long turf war over anadromous fish restoration vs. maintaining artificial freshwater sport fish populations), and (2) require the Department of Marine Resources to develop a management plan for Sheepscot Pond for anadromous fish species and habitat. Opposition, including from shorefront property owners around Sheepscot Pond resulted in the bill being withdrawn.

I have fished Sheepscot River below the outlet dam and have never seen the fishway functioning. In my opinion, it serves no purpose and needs to be replaced. The bill in question would have required that the existing fishway be kept open and operational from April 15-June 30. Unfortunately, It did not address the functionality/suitability of the fishway or downstream fish passage for adult and juvenile alewives from Sheepscot Pond.

I believe that local opposition to anadromous fish restoration in Sheepscot Pond has more to with perceived negative impacts on property values than it has to do with “the health of the lake”. Concerns about water quality impacts are, in my opinion, a red herring. One lakefront property owner I spoke with who lives in Oakland, was mainly concerned about potential negative impacts to the value of her property and lampreys wrapping themselves around her daughter’s ankles. When I asked her to provide any credible scientific evidence of negative impacts to Sheepscot Pond, she did not.

If the SLA wants to hear from those familiar with waterbodies that have healthy anadromous fish populations, perhaps they should hear from someone representing Damariscotta Lake, where the alewife run into the lake exceeds one million fish annually.

Sheepscot Pond has been home to anadromous fish populations for milennia. If anyone or anything has caused harm, it is humans who dammed the lake and upset the natural ecosystem. Maine is finally working to right these wrongs by restoring anadromous fish runs up and down the coast. Despite red herrings, roadblocks, and other delaying tactics, it is only a matter of time before the natural ecosystem of Sheepscot Pond will be allowed to return, as well. 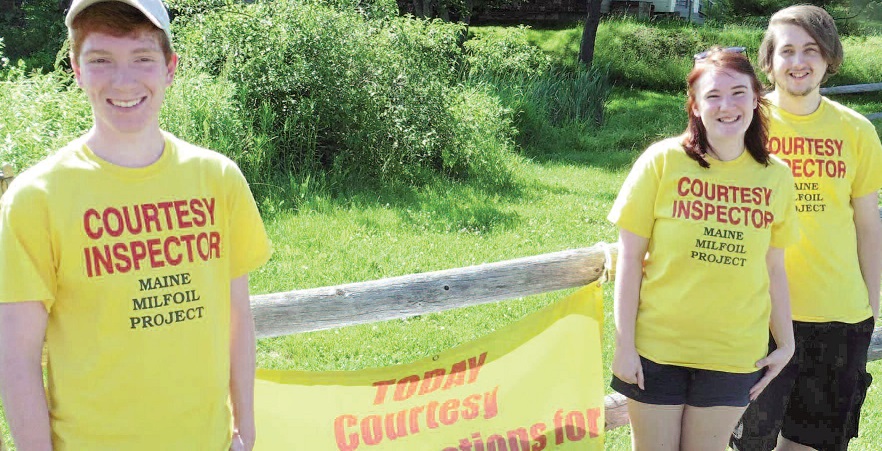 The Sheepscot Lake Association, in Palermo, has kicked off courtesy boat inspections for the 2016 summer season. From left to right, Sam Falla, Alli Callahan and Jon Boynton, will conduct the inspections which are free and voluntary to all boaters. Invasive plants are found in lakes all around mid coast Maine and the objective of the Courtesy Boat Inspections is not only to watch for particles of plants on boats and trailers but to keep the need for self-inspection in the forefront of every boater’s routine when launching and pulling their boat. Contributed photo